Chinese banks are all set to abruptly stop funding CPEC. Pakistan’s only source of revenue is now a dead project 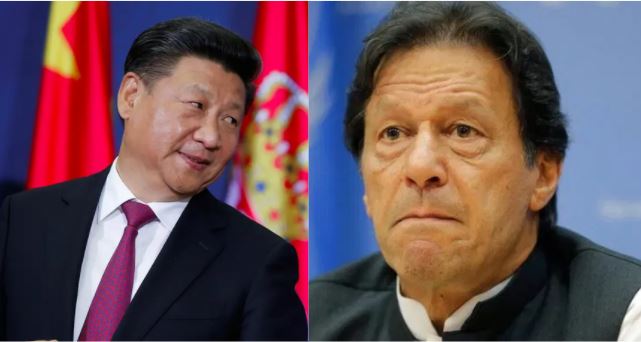 Much has been written about the bonhomie between Pakistan and China with the latter parking truckloads of money in various Pakistani projects with the aim of making Pakistan another victim of Chinese colonial expansionism. While, Pakistan’s Prime Minister Imran Khan is very gung-ho about the China Pakistan Economic Corridor (CPEC), it seems that China is now having second thoughts about the project as Chinese banks are looking to curtail investment in the CPEC owing to the instability in the region.

The China Pakistan Economic Corridor was supposed to be a shining jewel which highlights the success of Xi Jinping’s Belt and Road Initiative and displays the exemplary friendship between Pakistan and China. Pakistan was particularly excited because CPEC not only presented perhaps a last shot at saving the country’s sinking economy but also corner India in the region as it passed through Pakistan occupied Kashmir and Balochistan

Ever since the project was announced, CPEC has continued to hog the limelight, albeit for all the wrong reasons. It seems that the Imran Khan’s dreams are set to come crashing down as Chinese financial institutions and banks are showing reluctance in investing in the China-Pakistan economic corridor due to the unstable political climate in Pakistan with Pakistan Foreign Minister Shah Mehmood Qureshi discussion this issue with the Chinese authorities during his last week’s visit to China.

Not just CPEC, but Pakistan as a whole has been riddled with instability ever since Imran Khan assumed the reigns of the country. The Karachi Stock Exchange attack by the Balochistan Liberation Army further highlighted the country’s deteriorating security apparatus. It is pertinent to note that Chinese creditors have huge stakes in the Karachi Stock Exchange as three years ago, a Chinese consortium had acquired a 40% stake in the PSX – the company running the stock trading platform.

The Balochi Liberation Army is strongly opposed to Chinese investment and projects especially in Balochistan and have carried out various attacks on CPEC projects and in 2018, have also tried to storm the Chinese consulate. They have often resorted to violence to push China back from CPEC and Balochistan.

The fact that India has strongly opposed the construction of CPEC has further decreased the attractiveness of the project. India in a swift move, abrogated Article 370, thus starting the process of fully integrating Jammu and Kashmir with the rest of India. There have been growing calls ever since the Modi government assumed powers, of rightfully taking back PoK. The calls were given substantial backing when Home Minister Amit Shah pledged to lay his life for PoK in the Indian Parliament. If India were to take back PoK which is a very high possibility, China and Pakistan would incur severe losses and perhaps that’s why China is now slowly backing out.

Needless to say, Pakistan will be the biggest loser of this saga as the debt outcome of the CPEC is estimated to be around $80 billion with the country paying for 90% of the cost in the form of national debt. Everyone in Pakistan knows that there is no possibility that the Pakistani government is able to repay the debt to China. In the possibility of CPEC being scuppered, Pakistan will eventually lose the sovereignty of its own land.

China’s ambitious BRI project is now a top target of US, Australia and India. And they look all set to destroy it

Shinzo Abe is resigning as the Japanese PM. But bad days for China don’t seem to end as Taro Aso is coming