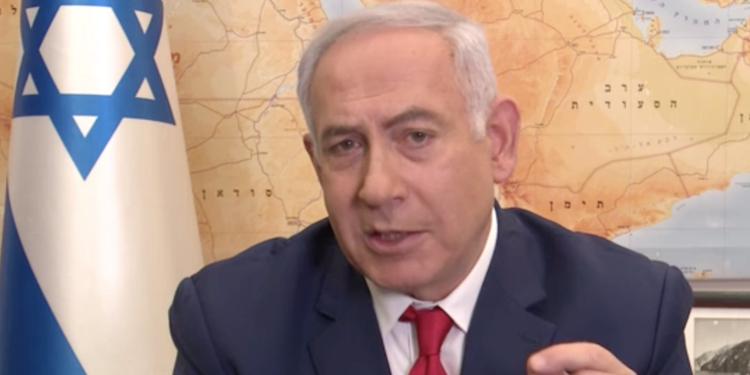 When the UAE signed the Abraham Accord establishing formal diplomatic ties with Israel, the entire extremist-Islamist world had gone up in arms. The general feeling within such quarters was that Abu Dhabi had reneged on the Palestinian cause. But while the Abraham Accord was initially being seen as a mere setback to Palestine, it is now fast becoming the death warrant of Palestine as a country with the consent of the Arab world.

Initially, it was being believed that Jerusalem would give up the West Bank annexation plans as a part of the Abraham Accord. But immediately after US President Donald Trump announced the Joint Statement that established formal UAE-Israel relations earlier this month, Israel PM Benjamin Netanyahu told his countrymen that West Bank annexation plans were still “on the table”.

Netanyahu had said that he had only agreed to “delay” annexation and that he would “never give up our rights to our land.” In a way, Washington also corroborated Netanyahu’s position. Jared Kushner, the White House senior adviser in charge of the Israeli-Palestinian peace process, said that Israel won’t move forward on West Bank annexation and nor will any consent come from the US for some time.

Interestingly, Kushner hasn’t said that Jerusalem would give up on the West Bank annexation plans or that the US would never consent to such plans. When asked for how long Israel would hold back, Kushner said, “Somewhere between a long time and a short time. That’s what temporary means.”

The UAE, of course, was in the loop from the very beginning. Abu Dhabi celebrated the peace deal with Israel and claimed that it came in return for Israel agreeing to “suspend” the West Bank annexation plan. The UAE knows that Israel will ultimately annex West Bank and it has knowingly conceded the right to carry out the annexation to Tel Aviv.

The entire Arab world could be rallying behind Netanyahu now, despite his plans to ultimately annex West Bank. Speculations of Israel signing peace deals on similar lines as the Israel-UAE peace deal with Oman, Saudi Arabia, Lebanon, Sudan and Bahrain are doing the rounds.

Oman, in particular, has been making some very strong overtures Israel. In fact, after the Abraham Accord, Israel’s Intelligence Minister Eli Cohen had said that Oman and Bahrain could be the next Gulf countries after the UAE to establish ties with Tel Aviv.

In fact, Oman’s Foreign Ministry had welcomed the Abraham Accord and had stated that the “Sultanate of Oman supports the deal.” Soon after the Israel-UAE deal, Israel’s Foreign Minister Gabi Ashkenazi spoke with his Omani counterpart Yusuf bin Alawi bin Abdullah and discussed “recent developments in the region, the normalization agreement with the United Arab Emirates and the need to strengthen relations between Israel and Oman.”

1/4
Earlier today I spoke with Omani Foreign Minister Yosef bin Alawi bin Abdullah.
We spoke about recent developments in the region, the normalization agreement with the United Arab Emirates and the need to strengthen relations between Israel and Oman. pic.twitter.com/QS7ZTd6GXV

Sudan, an Arab-majority country in Africa, too is moving closer to an eventual peace deal with Israel. The Associated Press recently quoted a Sudanese Foreign Ministry official saying that the government is “looking forward to concluding a peace agreement with Israel.” Netanyahu too tweeted, “Israel, Sudan and the entire region will benefit from the peace agreement (with the UAE) and will be able to build a better future together for all people in the region.”

Within Lebanon also, the President of the troubled country Michael Aoun has hinted at the possibility of a peace dialogue with Israel. The Lebanese President did not rule out peace negotiations with Tel Aviv during a recent interaction with France’s BFM TV.

Meanwhile, Saudi Arabia and Bahrain continue to hold back the prospect of officially making peace with Jerusalem, but both of them have been giving mixed signals and will ultimately mollify their position.

The very fact that Arab countries are looking to make peace with Israel implies that they have no objections with the West Bank annexation plans. The Israel-Arab rapprochement implies two things- firstly, Palestine is becoming a secondary issue or baggage which the Arabs don’t want to carry any longer and secondly, it is a strong reaffirmation of Israel’s emergence as a global power.

The Arabs have anyway been establishing trade and economic ties with Israel and the official recognition will only further establish Tel Aviv’s growing stature as a global power.

Also, Israel remains the best friend of the United States within West Asia and there are far too many perks that come along a peace deal with an American friend. The UAE, for example, got rewarded with F-35 fighter jets, and now Lebanon could garner financial aid while Sudan could seek the removal of its terror designation.

However, by formally making peace the Arabs before proceeding onto the West Bank annexation, Israel is ensuring that it takes the ambitious step with full Muslim backing. Therefore, as the Arab Muslim nations start befriending Israel, the Jewish nation will soon pose a major threat to the very existence of Palestine as a country.

‘We will not buy oil from Chinese companies,’ After barring Chinese ships, India stops all oil purchase from China