A coup is imminent. 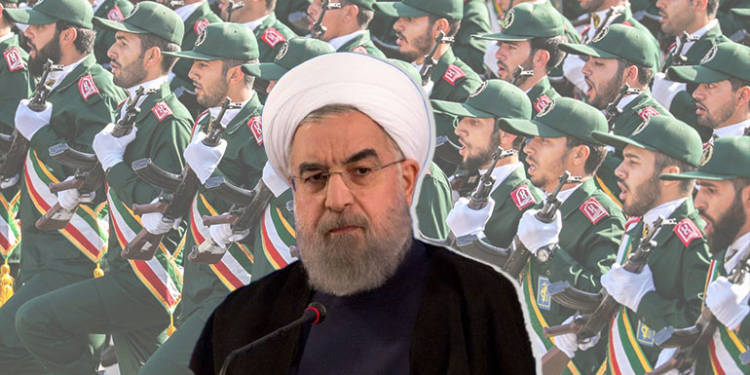 Qasem Soleimani, a general of the Islamic Revolutionary Guard Corps, and the second most important man in Iran before he was assassinated by the United States, has left a deep wound in the psyche of the entire nation, be it among those who seek reforms or those who back the extreme Islamic laws that persist in the Shia-majority country.

Soleimani was a taller leader than President Hassan Rouhani himself who is a politician tasked with handling Iran’s internal affairs and diplomacy. The general, who led the Quds Force and whom the US called ‘terrorist’, controlled Iran’s covert foreign policy, with a network of militias across West Asia, which further Iran’s geopolitical goals against the Arab nations, Israel and the US. For the people of Iran, Soleimani was a protector who looked out for their interests abroad, in a sea of hostile enemies in the Sunni Middle East including ISIS. The IRGC has little support from reformists other than this. However, in the greater Iranian society, the IRGC wears the tag of protector and a presence that is above politics (but not apolitical) unlike political leaders like Rouhani whose grip is loosening, with the shoddy handling of the Coronavirus spread, and the sad state of the sanctions-ridden economy.

In such a state of affairs, the IRGC is poised to take control of the political leadership of Iran, be it ‘democratically’ through elections in 2021 or through a coup which seems likely too. Veterans from the revolutionary guard have also penetrated political circles with the speaker of the parliament, Mohammad Bagher Ghalibaf, being a former brigadier general of the IRGC. According to Foreign Affairs Magazine, two-thirds of the parliament’s presiding board are either former members or still affiliated with the IRGC. The IRGC does not hold many companies directly but it has installed board members in several companies.

The Supreme leader of Iran is however going nowhere. The IRGC, unlike the rest of the military, was born to protect the Supreme Leader Ayatollah Khomeini’s regime after the Islamic revolution of 1979. The main idea is to keep religion in politics, and the Islamic system of the country intact. Apart from the Quds force, which overlooks external missions, the Basij unit of the IRGC is made up of fanatical civilian volunteers and has been used for quelling civilian protests brutally, be it in 2009 or more recently in 2019.

Yet, the IRGC is influential on all fronts— religious, administrative, political as well as the rest of the military. The Corps played a role in rebuilding the nation after the 8-year-war with Iraq. It has also been credited with fighting ISIS. Soleimani has himself been celebrated for fighting ISIS in Syria and Iraq, and keeping it out of Iran’s borders. In this context, the support for the IRGC remains despite the Basij unit’s transgressions on civilian life.

The IRGC remains ambitious on the nuclear front. Declared by the US and Saudi Arabia as a terrorist organization, they are also the biggest threat to the US and Saudi Arabia in the region, and hence the biggest bone of contention between Iran and the outside world. Iran’s ambitions are to have a nuclear bomb, remove the US from the Middle East and Israel too, which it believes to be the USA’s proxy, control smaller governments in the region and to dethrone the Arabs as leaders of the Muslim of world. Tensions with the Sunni country of Saudi Arabia have always been at the brink, and the UAE, with its peace deal with Israel, has also invited threats from Iran.

US sanctions have crippled the Iranian economy. It has lost key oil importers like India because of the CAATSA sanction threat from the US. The purchasing power parity in Iran has fallen to two-thirds of what it was a decade ago and the stature of the nation has fallen too which frustrates Iranians. The USA’s ‘maximum pressure policy’ is taking a drastic toll on Iran and President Rouhani appears to have given up ahead of the 2021 elections, as was seen when the economy was already in a deep recession and the Coronavirus pandemic struck. Rouhani’s administration is also sometimes labeled ‘pro-west’ and it has been rebuked by the IRGC as well as the Supreme Leader Khameini. Rouhani has rejected IRGC’s involvement in the economy, further stoking tensions, and could be scapegoated for all of IRGC’s shortcomings.

It is clear that with a wounded prestige after the killing of Soleimani, the IRGC is consolidating power, and belittling politicians, and therefore, traditional politics will take a backseat in Iran in these tough times and a military leadership, or a military-backed president could be the only way to save the Islamist regime of Iran, and while this may not be acceptable to the educated Iranian youth, it will be justified with the promise of a better future and a better fight against Iran’s so-called enemies.

After eliminating Hindus, Sikhs, Buddhists and Christians, Pakistan is wiping out Shias in PoJK and Gilgit-Baltistan