Taro Aso could be Japan’s next PM after Shinzo Abe. But worry not, as he hates China and loves India 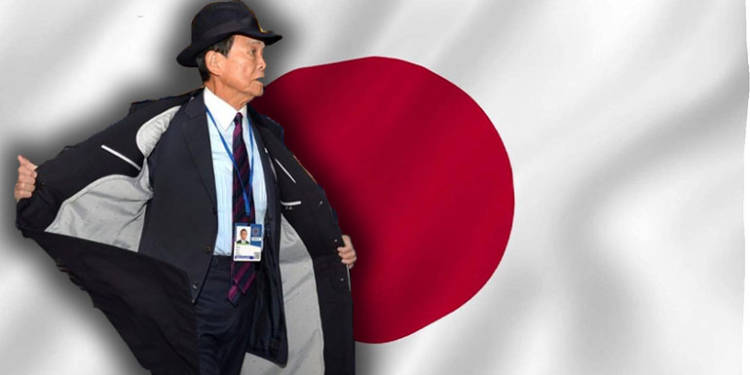 As Japan’s incumbent Prime Minister Shinzo Abe announced his decision to resign citing health issues, the effect of the sudden move was also felt in India. Abe is not only the Prime Minister of Japan, but also India’s best friend. Abe’s initiatives have brought India and Japan at the doorstep of a “sacred alliance” with strong security and economic ties. However, Abe’s sudden resignation is unlikely to affect the Indo-Japan ties. And India doesn’t have to worry about its bilateral ties with Japan. It is being expected that Japan’s Deputy Prime Minister and Finance Minister Taro Aso could take over as a stopgap arrangement until the next election. Aso himself hates China and loves India, much like the incumbent Japanese Prime Minister Shinzo Abe.

Within Japan, the issue is that the person in power tends to be either completely anti-China or follow a relatively soft policy towards the Middle Kingdom. Fortunately for India, Aso falls in the former category.

Aso, a 79-year-old political heavyweight, has been a core member of Abe’s administration. And he has been leading Japan’s backlash against China from the front. For example, in April while addressing lawmakers at the House of Representatives in Tokyo, had said that the World Health Organisation might have to change its name to “Chinese Health Organisation”.

More importantly, Aso has been a long-time proponent of forming a strategic, two-front alliance with India in order to cut China to size. Aso has been frequently relying on China’s border tensions with India and maritime tensions with Japan to lay the groundwork for a strong Indo-Japan alliance.

On a previous occasion, Taro Aso explicitly said, “India shares a land border with China, and Japan has had maritime contacts [with China], but for the past 1,500 years and more there has never been a history when our relations with China went extremely smoothly.”

Aso has also called for close defense co-operation between Japan, Australia, India, and the United States to ensure regional stability.

As the Finance Minister of Japan, Aso is also playing a pivotal role in decoupling from China and reducing economic dependence on the Communist nation. In fact, it was under his watch that Tokyo earmarked $2.2 billion to shift Japanese manufacturing companies out of China.

In fact, Aso’s love for India and hate for China can be traced back to his brief stint of around one year as the Prime Minister of Japan between 2008 and 2009.

During the aforesaid Prime Ministerial term, Aso had taken a major step with the Japan-India Declaration on Security Cooperation that was signed in Tokyo on 22 October 2008. The Declaration had caused anguish in China and was reported by the State-owned with the caption– “Japan and India forge military alliance, to attack China both from front and rear.”

Japanese Foreign Ministry had then stated, “This new pillar of Japanese diplomacy involves placing emphasis on universal values such as freedom, democracy, fundamental human rights, the rule of law, and the market economy and creating an Arc of Freedom and Prosperity.”

Therefore, the idea was to create a strategic alliance in the democratic world which would have excluded China by necessary implication. Then the Aso administration also wanted India to join the “Arc”, but the Japanese diplomatic doctrine couldn’t really take off.

Nevertheless, we know that Taro Aso is a true friend of India and an accommodative one at that. During his tenure as the Prime Minister, there was resistance in India against the Bullet Train project.

Therefore, India can be assured that when Taro Aso takes Abe’s place, Japanese policy might get even more radicalised against China. Aso knows that China is the biggest threat to peace and stability in the Indo-Pacific and therefore wants to establish very close economic and security ties with New Delhi.

India’s friend in Japan, Shinzo Abe is indisposed, but China is not going to get any respite from the ongoing diplomatic backlash in Tokyo.

Shinzo Abe is resigning as the Japanese PM. But bad days for China don’t seem to end as Taro Aso is coming

‘Economy of Pakistan will be destroyed,’ Imran Khan cries out as India gets set to reveal money trail of Pulwama attack to FATF