Of Islamists and riots: What the rest of Europe needs to learn from Poland 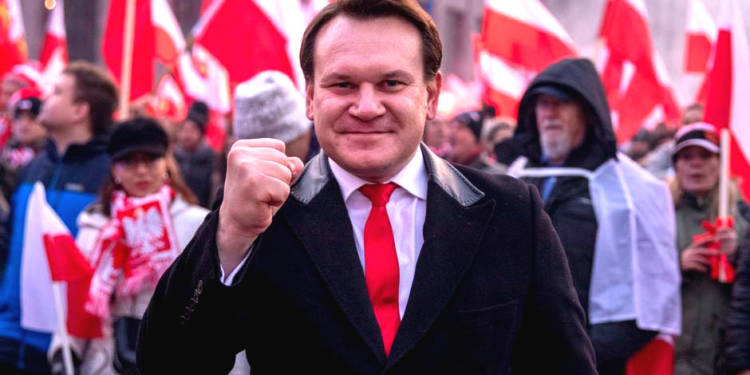 Europe’s political correctness and liberal propaganda about immigration from the Middle East and North Africa shows its repercussions time and again. The latest victim is Sweden, where the city of Malmo was overwhelmed by radical Islamist mobs that went on a rampage and razed public property, destroyed police cars, and pelted stones on law and order officers.

Sweden is not the first victim of radical immigrant violence, arson and vandalism. Some of the most powerful European nations including France, Germany and Belgium have borne the scourge of immigrant violence. In this context, Poland serves as an example for the entire European Continent. The Polish government has refused to accommodate Arab refugees or North African refugees since 2015 when Europe was hit by the migrant crisis and today it doesn’t face a radicalism issue, unlike other European countries.

From the very beginning, when immigrants policy became a contentious issue in Europe, Poland was clear in its approach- it won’t take in refugees no matter how hard it is pressed by the liberal Western media and the European Union. Poland’s practical and prudent immigrants policy came into being after the far-right Law and Justice party stormed to power in 2015.

Even as a part of its poll agenda, the Law and Justice party (PiS) had promised “Poland for Poles” and the vision of “Poland First”. Poland’s Prime Minister Mateusz Morawiecki has himself been quite vocal and unapologetic about maintaining his country’s Christian ethos and not letting a drastic demographic shift change its fundamental character.

In 2017, Morawiecki said, “We want to reshape Europe and re-Christianize it,” during an interview with a Catholic television station. The Polish government even ordered all new passports to include the phrase, “God, Honor, Motherland.” Another PiS leader Dominik Tarczynski had said, “We don’t want Poland being taken over by Muslims, Buddhists, or someone else … and no one will ever force us to take Muslims, Buddhists, non-believers in huge numbers.”

But it wasn’t so easy for Warsaw to frame a strong anti-immigrant policy, as misguided liberalism and a false sense of belief that Europe knows more about the Middle East than the Middle East itself dominate the European Union (EU). Morawiecki’s anti-immigrant policy had come as a major shock for the Brussels-based intergovernmental body, especially because Poland’s defiance made it difficult to distribute immigrants quotas.

Poland has been hounded by the so-called liberal media and the European Union, but it has refused to budge on the question of Arab and North African immigrants. In 2018, the Polish Prime Minister Mateusz Morawiecki was interviewed by Radio Poland. Morawiecki had then said, “Poland opposes the mandatory quota system for immigrants from North Africa and the Middle East.”

Despite the EU’s insistence, the Poland Prime Minister had simply said, “We are invariably of the opinion, formulated by Law and Justice ahead of the elections of 2015, that we will not be receiving migrants from the Middle East and Northern Africa in Poland.” Morawiecki had then taken the firm stance after a threat from the European Commission- the executive branch of the EU to sue Poland, Hungary and the Czech Republic for their refusal to host asylum-seekers.

The Western media also seems to have a problem with Poland’s liberal intake of Ukrainian foreigners and job-seekers. Last year, Politico published a story titled, “Poland’s two-faced immigration strategy” which quoted Daniel Tilles, an Assistant Professor of History at the Pedagogical University of Kraków as saying, “This has been, as far as I’m aware, the single biggest migration of people from one European country to another in such a short space of time in recent history.”

Despite the regular ‘history wars’ between Ukraine and Poland, the two countries share a strong relationship. Poland issues the highest number of work visas in the entire European Continent, out of which 85 per cent go to job-seekers from Ukraine.

While the mainstream liberal media objects to Warsaw’s liberal immigrants policy for Eastern Europeans, the PiS government has been quite transparent and forthcoming in its policy. Morawiecki himself said, “On the Eastern borders of the European Union we contribute a lot to lowering tensions since we have already received tens of thousands and maybe even hundreds of thousands of refugees from Ukraine – but we don’t give them asylum status.”

PiS never said it doesn’t want foreigners, rather what it wants to do is to retain Poland’s original cultural roots. The Polish government doesn’t care for the hype around multiculturalism. Tarczynski said, “For me, multicultural society, it’s not a value … it’s not a virtue,” and added, “Christian culture, Roman law, Greek philosophers, these are the virtues for us.”

Poland has seen how desperation to prove multicultural ethos and ‘welcome’ immigrants from other parts of the world that have been involved in long, religious wars has fomented trouble in other parts of Europe.

France has witnessed a spate of terror attacks and low-intensity assaults from individuals linked to or simply inspired by the Islamic State. Similarly, Belgium itself is becoming a hotbed of radicalism and extremist Salafist ideology. The rise in radicalism is attributable to the minority of “foreign fighter” travellers and radicalised elements within the large swathes of immigrants coming into Europe.

Till now, Poland was being hounded for taking a firm stance, when the rest of the EU wanted to be politically correct. But the recent turn of events vindicates Warsaw’s defiance. When it comes to immigration, Europe has a lot to learn from Poland.

Canada makes it clear that it is not going to release Huawei CFO. Kicks China out of Vaccine trial