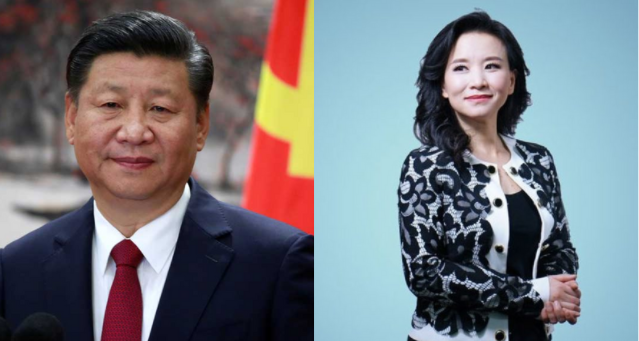 China cannot stop its “hostage diplomacy”- the Chinese Communist Party’s primitive method of effectively abducting foreign nationals to achieve foreign policy goals. China was already facing intense criticism over the arbitrary detention of two Canadians since December 2018 as a tit-for-tat measure against the arrest of top Huawei executive Meng Wanzhou in Canada. And now, Beijing is making news for wrong reasons all over again for arresting an Australian national.

As per latest reports, Cheng Lei, an Australian television anchor for the Chinese State-run media outlet, CGTN, has been detained in Beijing amidst heightened Sino-Australian tensions. Lei has been detained in a highly arbitrary manner. She hasn’t been charged with any offence but is being kept under “residential surveillance at a designated location”. Such arbitrary detentions are an example of how unsafe China can be for foreign workers and tourists.

It has been reported that Cheng Lei herself can be imprisoned and interrogated by the Chinese investigators for six months without even being allowed to consult lawyers. She will be kept aloof from the outside world, in a strict vigil of the Chinese authorities.

Australia Foreign Minister Marise Payne has confirmed the detention of the Australia TV anchor in China. Payne issued a statement reading, “The Australian Government has been informed that an Australian citizen, Ms Cheng Lei, has been detained in China.”

The statement added, “Formal notification was received on 14th of August from Chinese authorities of her detention,” and “Australian officials had an initial consular visit with Ms Cheng at a detention facility via video link on 27th of August and will continue to provide assistance and support to her and her family.”

Cheng Lei’s detention is a sad reminder of how China settles scores with the incoming citizens of countries with which Beijing shares acrimonious relations or geopolitical conflicts. In fact, Australia’s Department of Foreign Affairs and Trade had only recently warned, “Australians may also be at risk of arbitrary detention,” in China.

Beijing has developed the habit of taking revenge on a country’s citizens, if the government of that country chooses not to budge into Beijing’s unfair demands. Australia’s Scott Morrison government, for example, has been confronting Chinese hegemony leading to ugly spats between Canberra and Beijing.

China has been trying to punish Australia for confronting Beijing’s authoritarianism. The Chinese government has even imposed steep tariffs on many Australian exports to China including Barley and Meat products. Currently, Beijing has launched an anti-subsidy probe into Australia’s 1 billion US Dollars wine export trade.

China’s “hostage diplomacy” with Canada and Australia should now come as a warning to other China rivals like the US, India, South Korea, Japan and Southeast Asian nations, to minimise the outflow of their citizens to the Communist country. China is a booming tourist economy and in 2015, it was the fourth most popular international tourist destination in the world with an annual 56.9 million tourists.

Interestingly, China has deep ideological disputes or territorial tensions with the US, India, South Korea and Japan. Beijing also has several disputes with Russia beneath the shallow “strategic axis of convenience” that they share.

It is time that these countries start considering cutting down on their tourist outflow to China because you never know when China might start picking up your citizens to settle scores with you.

And anyway why should the democratic world enrich China with billions of foreign exchange earnings through tourism, if the CCP cannot respect the dignity of foreign citizens in its soil.

It might also be time for China’s rivals to consider taking countermeasures. Of course, the free world will not weaponize Chinese citizens on its soil but at least restrictions can be imposed on Chinese travellers. China’s passport is currently the 72nd most powerful passport in the world. But if China doesn’t know how to behave with the citizens of other countries, then the Chinese passport should also take a beating.

China’s “hostage diplomacy” is ultimately going to cost it heavily. International tourism forms a major part of the Chinese economy. Between 2008 and 2018 itself, it brought 127 billion US Dollars for China in foreign exchange. But it seems that Beijing is pushing the democratic world to destroy another Chinese sector due to its primitive ways.

‘People want Law & Order’, Democrats’ love for lawlessness is going to haunt them back