As US and India begin formalizing a mini trade deal, China’s place as the key link in global supply chain begins breaking 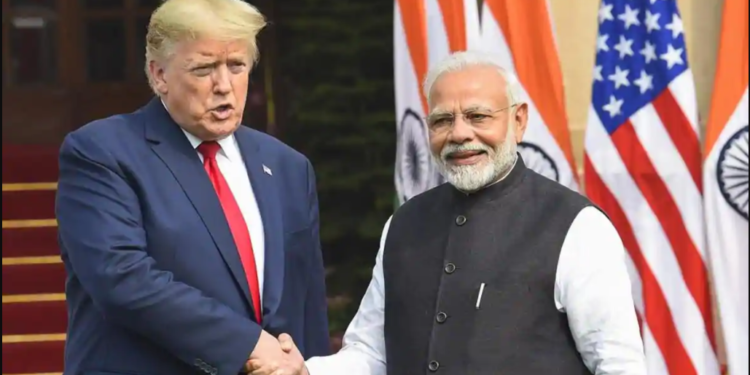 Geopolitics has always played an important role in deciding supply chains and vice versa. Right from the beginning of civilization, political units used to trade actively only with friendly political units, and this remains true even today. The United States and China used not to trade until Nixon visited China in 1972 and opened up the door for cooperation between the two countries.

The countries which chose the Capitalist block and remained free-market economies, are among the richest in the world today while those joined the Soviet-led Communist bloc or remained Non-aligned are among the poor or middle-income countries. The US-led Capitalist bloc dominated the global economy and economic growth and integrated its economy among the member nations while Soviet centralised power with the transfer of wealth to Moscow and St. Petersberg.

In the 1990s, with the collapse of Soviet Union, the global supply chains started realigning once again; countries like China, India, Brazil, South Africa emerged as beneficiaries of unprecedented globalization which, too, had American consumers at the centre.

The backlash against globalization that started in the mid-2010s, now coupled with Coronavirus disease, is the biggest geopolitical event since the collapse of the Soviet Union. A powerful and aggressive China is facing the ‘free world’ to come together to take on the authoritarian regime of Xi Jinping.

As China ditched the concept of “peaceful rise” to adopt ‘wolf-warrior diplomacy’, the countries around the world are looking to re-align the supply chains to end the dependence on China. Beijing no longer remains a ‘friendly country’ and dependence on China for supplies could prove harmful as Canada already witnessed in the supply of drugs.

“We’ve been working on (reducing the reliance of our supply chains in China) over the last few years but we are now turbo-charging that initiative,” said Keith Krach, undersecretary for Economic Growth, Energy and the Environment at the State Department told Reuters.

“I think it is essential to understand where the critical areas are and where critical bottlenecks exist,” Krach added.

This time, as the global supply chain is set to re-align, India is, for the first time, not at odds with the flow of the wind. The country enjoys demographic dividend, a large consumer base, and a decisive government with the right foreign policy to help it to capitalize on the change in geopolitics and supply chains. In the very first step of creating an economic prosperity network, India and the United States can soon announce a mini-trade deal before the US Presidential election which falls on November 8, 2020.

“I just had a conversation with Ambassador Lighthizer. We both agreed that we can look at doing it before the election also, but, otherwise, soon after the election. The entire package is near ready and can be finalised at any time that the local political situation in the US permits them to,” said trade and Commerce minister Piyush Goyal during the US-India Strategic Partnership Forum’s (USISPF) third Annual Leadership Summit.

“I am open to signing up tomorrow (for) what we’ve agreed upon and I’ve left it to (the USTR) to take a final call. We, on India’s part, believe that it has to be a win-win for both countries and what we’ve created — the architecture of the initial deal — I think is in the best interest of businesses both in the US and India,” he added.

In the last few months, companies from many other countries announced that they will move their factories to India, and once the mini-trade deal between US and India is announced, the movement of companies to the country with a billion-plus consumer base will only accelerate. This time, India will be at the centre of re-alignment of supply chains and benefit most from the next phase of globalisation.