Good for the region 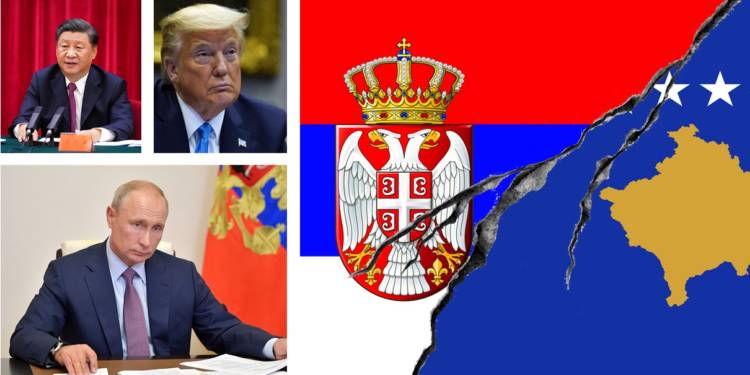 Ahead of the US Presidential polls in a couple of months, Donald Trump is proving his self-crafted image of an ‘ace mediator’. First, he brokered the Abraham Accord normalising relations between the UAE and Israel and now he has brokered a more unlikely deal between two Eastern European States- Kosovo and Serbia.

Two landmark developments have been reported from the Western Balkans. Firstly, the Serbian President Aleksander Vucic and Kosovo Prime Minister Avdullah Hoti have agreed to normalise economic ties in a pact signed at the White House. And secondly, both nations have agreed to enhance diplomatic engagement with the Jewish State of Israel- Washington’s best friend in West Asia.

The Serbia-Kosovo détente is pushing Eastern Europe towards the solution of an enduring dispute, which till not very long ago seemed beyond any scope of the settlement. The Serbia-Kosovo dispute is rooted in historic tensions between Kosovo’s Albanian and Serb communities that had ultimately led to the Kosovo war in 1998 and 1999.

The US and the European Union have both been in favour of an independent and sovereign Kosovo. In fact, led by the United States, NATO had bombed Serbian military targets for 78 days starting March 24, 1999. On the other hand, Russia has been the dominant influence in Serbia, due to historical and cultural reasons. And Moscow has traditionally remained a key supporter of Belgrade over the Kosovo issue.

Nevertheless, Muslim-majority Kosovo did proclaim independence from Serbia in the year 2008, but it remains a partially recognised country. 97 out of 193 countries in the world recognise Kosovo as an independent, sovereign country. Serbia has, of course, refused to recognise it as a sovereign state. The Republic of Kosovo is also not recognised by several powers such as India, China, Russia and Brazil.

But by normalising economic relations, both Serbia and Kosovo have shown the first signs of moving towards an amicable settlement of their historic disputes even though Serbia has stated that it would not recognise Kosovo as a fully-fledged State. But at least, the US has been able to move both Serbia and Kosovo forward towards a final solution.

The US President Donald Trump has himself hailed the signing of the Serbia-Kosovo deal on Friday as a “truly historic day.” Flanked by the top leadership of the two Western Balkan countries on both sides, the US President said, “By focusing on job creation and economic growth, the two countries were able to reach a real breakthrough on economic cooperation across a broad range of issues.”

What also shows enhanced US influence in the Western Balkans is the unprecedented initiative that both Serbia and Pristina have taken to please the White House by giving diplomatic boons to Israel. While a Muslim-majority Kosovo has agreed to recognise the Jewish State of Israel, Serbia has agreed to move its embassy in Israel from Tel Aviv to Jerusalem despite Belgrade’s proximity to Moscow.

Both Serbia and Kosovo have significant gains to make out of the United States, which is why both the Western Balkans nations have tried to impress Trump by forging closer ties with Israel. As Kosovo recognises Israel and Serbia shifts its Embassy to Jerusalem, the Jewish State of Israel becomes more globally acceptable further building on the momentum of the Abraham Accord.

As for Serbia, the US has helped it get rid of the 100 per cent tariffs that Pristina had imposed on Belgrade last year. The US had called on Kosovo to remove these tariffs, as a result of which the Kosovo Prime Minister Hoti vowed to normalise ties with Serbia which tariffs had strained.

On the other hand, Kosovo itself understands that proximity to the US is the only key to gain full global recognition. The normalisation of economic relations with Belgrade itself comes as a glimmer of hope to Pristina.

As such the bigger takeaway coming from the Serbia-Kosovo deal is that Belgrade has agreed to move its Embassy in Israel to Jerusalem as a huge symbolic gesture to the US and its best friend in West Asia. And Russia did not use its towering influence in Serbia to stall the Serbian initiative. Most likely, Moscow had expressed its approval for the drastic step taken by Serbia. In return, the US might stop threatening Serbia with sanctions for buying Russian arms.

Moreover, as Trump emerges as the mediator-in chief between Kosovo and Serbia, it is China and the European Union who get side-lined and suffer a major blow. China had been doling out generous loans to Serbia in order to eat into Russia’s sphere of influence in the Western Balkans, whereas the EU was stalling any attempt by Trump to broker a Kosovo-Serbia deal indirectly aiding Beijing.

But now Trump has managed to emerge as a tall leader between the two disputants. He gets to check growing Chinese influence in Serbia, and the EU also loses out on an opportunity to gain greater influence in the Western Balkans by striking a deal between the two Western Balkan rivals. Therefore, as Serbia and Kosovo move closer to a final solution, the US President is the biggest winner.