The Indian Ocean Rim Association has finally found its purpose, and it’s bad news for China 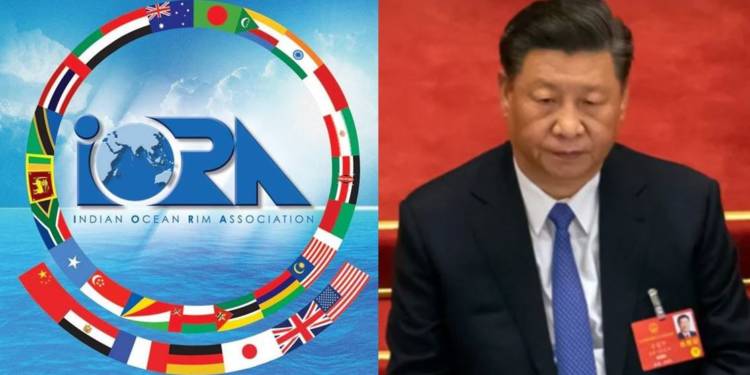 As the Chinese belligerence finds new enemies around the world, organisations that were either becoming anachronistic or failing to meet their end objectives are getting resurrected. One such inter-governmental organisation may be the Indian Ocean Rim Association (IORA), an inter-governmental body consisting of 22 countries abutting the Indian Ocean. Founded in 1997, the IORA has failed to achieve its end object of enhancing cooperation in the broader Indian Ocean Region (IOR) till now.

New Delhi, the arch-foe of China, wants to eliminate Chinese influence from the IOR. The IORA, therefore, holds great importance for India, even though the organisation has failed to take off. But the inter-governmental body could now get resurrected because of the backlash that China is facing from countries like India, Indonesia and Australia over its expansionist character.

Moreover, the African Continent has also seen through China’s BRI ‘debt-traps’ and anti-African racist policies which mean that containing Chinese influence could give IORA a new sense of purpose.

Till now, the IORA, formerly known as the Indian Ocean Rim Association for Regional Cooperation (IOR-ARC), had failed to achieve its purpose of enhancing cooperation in the Indian Ocean Region. The primary defect holding back the IORA was the sheer variation in its composition. As countries from Oceania, South Asia, Southeast Asia, the Middle East and Africa came together, it became difficult finding any political, economic, social or cultural commonalities.

The Indian Ocean Rim has been too large an inter-regional perception for finding a common and meaningful purpose. Between 2011 and 2017, there was an opportunity to give the IORA some sort of concrete and meaningful shape as Indonesia, India and Australia- the three most prominent countries in the IOR took the rotating chairmanship of the IORA for a total of six cumulative years. However, not much progress was made even in that crucial period.

India itself has been attaching great importance to the IORA, perhaps with the belief that someday it would materialise into a meaningful association. Last year, during the 19th IORA Council Of Ministers Meeting at Abu Dhabi, V Muraleedharan, Minister of State for External Affairs had said, “India attaches great preference to the IORA.”

Muraleedharan had also said, “IORA is the most innovative, unique and broad-based platform for inter-regional partnership, connecting through the seas the world’s most dynamic regions of South, South-East and West Asia, Oceania and Africa.”

India remains the largest contributor to the IORA Special Fund. Last year, New Delhi made another contribution of $1 million to the fund. India has also been trying to empower the IORA secretariat by sharing experience. Maritime security, disaster management, art, tourism, culture and economic cooperation, India is trying to create more scope for cooperation in every single possible sector.

And now, it seems to be the best time for New Delhi to push IORA into greater strategic importance. As such an India-Indonesia-Australia trilateral is also taking shape. The Foreign and Defence Ministers of India, Australia and Indonesia are set to hold virtual meetings amidst growing concerns about Chinese belligerence. The Ministers will aim to bolster cooperation and maritime security is given how China has been flexing its muscles in the Indo-Pacific from the Himalayas to the South China Sea.

Ultimately, even Malaysia, which has been battling Chinese aggression in the South China Sea, will also want to benefit from the India-Indonesia-Australia trilateral as it also has a common interest in containing China.

The IORA is too broad a concept to have a single and common agenda. While the broader theme can be to put a leash on Chinese hegemony that leaves no part of the globe untouched, specific regional objectives will have to be formulated to give the Ebene, Mauritius-based organisation a meaningful shape.

Therefore, giving a BRI alternative to Africa and enhancing security cooperation in Oceania, Southeast Asia and South Asia can bring the Indian Ocean Rim nations from the four diverse regions together. In such a context, it doesn’t come as a surprise that even Berlin’s India-centric Indo-Pacific strategy recognises the importance of the Indian Ocean Rim Association.

China’s hawkishness has new enemies everywhere in the periphery of the Indian Ocean, and it seems that a common backlash against Beijing could breathe new life into the IORA.