‘We must follow India,’ India’s complete domination of China on the battlefield has emboldened China’s enemies 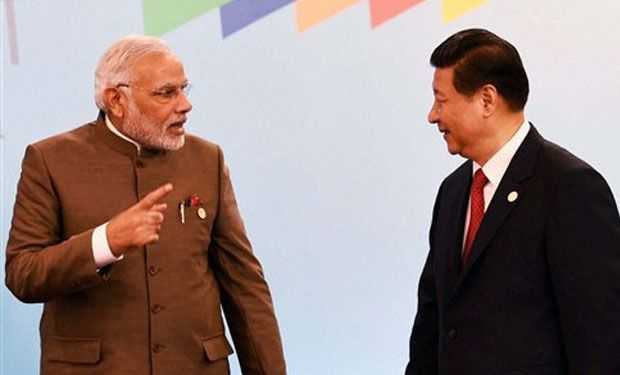 The Eastern Ladakh standoff is fast turning out to be a costly affair for China. Even apart from the direct cost and embarrassment that China has to bear because of the way India has hit back at China both militarily and economically, the indirect costs, too, have turned out to be rather heavy. Consequently, countries like Vietnam, the Philippines, Japan, the Czech Republic, Taiwan and Tibet, which were never able to confront Chinese aggression, are now getting emboldened.

Zhou Fengsuo, Co-founder and President of Humanitarian China and Tiananmen Student Leader, has said that other countries should follow the steps being taken by India to tackle China. Fengsuo, an exiled Chinese human rights activist was speaking at a webinar titled ‘Emperor Has No Clothes: China Under Xi Jinping’.

Fengsuo has an important point to make here. India has broken the aura that China had built around itself over the past several decades through extensive State-run propaganda. Ever since the Eastern Ladakh standoff started, India has humbled China several times, both in terms of military competition and trade tensions. Whether it is the Galwan bloodbath or the recent pre-emptive action by India in southern Pangong Tso, India hasn’t only matched up to China at the LAC but has also overwhelmed the Chinese PLA.

In terms of economic and trade tensions, India has set strong precedents by banning every popular Chinese app that comes to mind; imposing custom checks and reducing the role of Chinese companies in government contracts. Also, India is targeting all Chinese sectors, including shipping and oil.

This has sent a loud and clear message to countries being bullied by the Dragon that Beijing is not invincible. India is drafting a counter-offensive strategy against China wherein New Delhi doesn’t mirror the Dragon’s manoeuvres, but choosing where to hit China and in what form.

Therefore, India has also opened up the naval front at will and dispatched its assets to the South China Sea to step up the pressure in Beijing’s disputed waters, or also opened up the Tibetan cause by deploying the Special Frontier Force (SFF), which recruits heavily from among the Tibetan refugees, during the Eastern Ladakh stand-off.

India’s attitude is allowing countries like the Philippines to think out of the box. For example, Manila is inviting powers such as India and the United States to play a bigger role in the South China Sea. And not just the Philippines, but even Vietnam is also confronting Beijing in its own backyard.

Away from the South China Sea, Japan is also challenging in the Western Pacific. Even when the Chinese Communist Party (CCP) was threatening Tokyo with a clash near Japan’s Senkaku Islands chain, the Japanese administration had hit back by keeping its military on standby. Ultimately, the Chinese PLA chickened out of a confrontation with Japan proving how India’s bold attitude in matching up to Chinese aggression has turned tables in the Indo-Pacific.

Beijing is losing its grip on the Indo-Pacific region, and even States like Taiwan are fast slipping out of its hands. By busting the myth about China’s dominance in the battlefield and the manufacturing industry, the world no longer fears China. This was again on the show when a delegation including the President of the Czech Senate Milos Vystrcil and Prague Mayor Zdenek Hrib reached Taiwan.

Taiwan itself is growing assertive against Beijing. Even Taiwanese Foreign Minister Joseph Wu greeted the delegation at Taiwan airport despite protest from China and the group is supposed to meet Taiwanese President Tsai Ing-wen, who is detested by Beijing for her assertions of the independence of the island.

Beijing itself has come out looking desperate, by issuing verbal threats, every time India or some other power contradicts it. Chinese Foreign Minister condemned the visit of the Czech delegation and said, “China condemns this despicable act and urges the Czech side to abide by the one-China principle and handle Taiwan-related issues in a prudent and appropriate manner.”

At some level, New Delhi itself is pushing the envelope against China. By pushing powers like Russia, the ASEAN, Japan and Australia to take on China in the Indo-Pacific, India has marginalised Beijing in the region.

If there is a country which has taken China head-on then it is India. While Australia, the United States, Japan and to some extent even the ASEAN have tried to put diplomatic pressure on China, the Indian Army has physically taken on the PLA and New Delhi has waged bilateral economic warfare against Beijing.

India is making the world realise that it is no longer important to care about China’s sentiments. If China’s enemies are getting emboldened, it is all because of India. Therefore, the Sino-India clash is hurting Beijing not only in Ladakh but across the entire world.

Chinese foreign minister started his Euro tour with hopes and ambitions, he came back with despair and humiliation