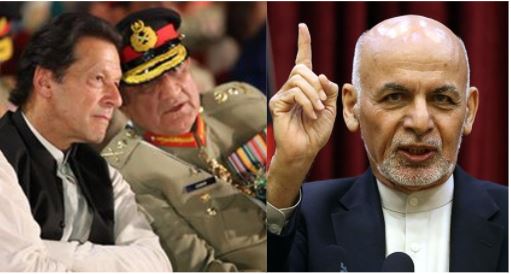 At a time when Pakistan is getting repeated rejections over its desperate attempts to internationalise the issue of Kashmir, Afghanistan has now brought up the contentious Durand Line as the Afghan Vice President, Amrullah Saleh reminded Pakistan about how Peshawar used to be the winter capital of Afghanistan, thereby putting Pakistan in a tight spot.

The Durand line which was drawn in 1893, between then British-ruled India and Afghanistan’s Amir Abdur Rahman Khan as an attempt to consolidate British control over the northern territories, remains largely unrecognised in Afghanistan as no Afghan government has recognized the legitimacy of the Durand Line, which till date remains largely unpoliced. In 2017, former Afghan President Hamid Karzai claimed that Afghanistan will “never recognise” the Durand Line as the international border between the two countries.

While the Afghans view the Durand line as a nonsensical reflection of geography, Pak continues to maintain that Durand Line is the legitimate border. During an interview, Afghan Vice President, Amrullah Saleh stirred a hornet’s nest as he refused to overlook the issue of Durand Line as he said, “It is an issue which needs discussions & resolution. Expecting us to gift it for free is un-realistic. Peshawar used to be the winter capital of Afghanistan.”

Due to the Durand Line, relations between Pakistan and Afghanistan have remained tense as both the countries have failed to solve their border dispute. While Pak continues to beat the drums that the Durand Line is a legitimate border, Afghanistan claims a significant portion of the Pashtun speaking Khyber Pakhtunkhwa and Balochistan provinces. Pakistan asserts its authority over the provinces based on the fact that the provinces were claimed by Pakistan at the time of its formation. However, the provinces earlier belonged to Afghanistan before the agreement of Durand Line. It is pertinent to note that, the agreement was between Afghanistan which was a free state back then and British India and not Pakistan.

Afghanistan further backs its claim by stating that the Durand Line agreement was valid for a period of 100 years which has now expired.

The fact remains that Pakistan never enjoyed strong relations with the civilian government of Afghanistan. Islamabad was betting heavily on the dominance of the Afghan Taliban over the Ashraf Ghani administration to exercise influence in Kabul. Pakistan was using the ISI and Lashkar-e-Taiba to maintain deep ties with the Afghan Taliban and attack Indian interests in the war-torn country. Pakistan’s intelligence-terror nexus was therefore constantly looking to undermine India’s rebuilding efforts in Afghanistan. As such, Islamabad’s strategy till now was to make common cause with Taliban – toppling the civilian government in Kabul.

To save itself from slipping into the FATF black list, Pakistan reluctantly imposed sanctions on Afghanistan’s Taliban earlier in August.

To be precise, Pakistan and the Taliban have already fallen apart because of Imran Khan’s Kashmir agenda. Over the past one year or so, Pakistan has exhorted the Taliban to take up the Kashmir issue several times, but the Taliban has refused every single time. Earlier this year, the Taliban clarified that it would not join Pakistan-sponsored terrorism in Kashmir, because it “does not interfere in internal affairs of other countries”.

Pakistan is fast losing its grip that it once used to enjoy on Afghanistan during the Soviet invasion of the country which led to the blossoming of US-Pakistan relations. Both the Afghanistan Taliban and the civilian government have now turned against Pakistan with the later being kicked out of Afghanistan for good.

The Pillars of Prosperity – Snatch business from China and give to India, US, Japan, Australia and South Korea