The Pillars of Prosperity – Snatch business from China and give to India, US, Japan, Australia and South Korea 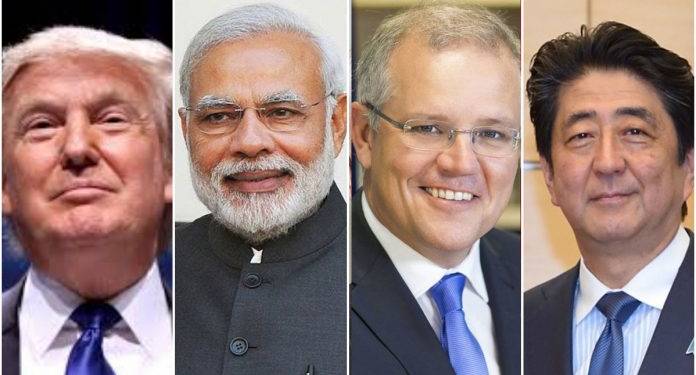 In the last four decades, China grew at an unprecedented rate and became the second-largest economy in the world from a poor third world country. The growth of China was dependent on manufacturing and exports, which helped to employ the billion-plus population of the country. Beijing became an indispensable part of the global supply chain as the Western world became increasingly dependent on Chinese workers to produce goods.

Over a period of four decades, the western countries became so dependent on China that Beijing started dreaming of global domination and unsettling the United States from the position of the sole superpower. Despite the fact, the European and American policymakers kept giving China space under the garb of liberalism and expected a “peaceful rise”.

However, Coronavirus disease and subsequent Chinese aggression made them realize that China’s rise would not be peaceful and the global supply chain’s dependence on China is going to cost them heavily.

Therefore, now, the Trump-led United States has decided to throw China out of the global supply chain and built an ‘Economic Prosperity Network (EPN)’ with the help of ‘like-minded countries’ which will include important nations in the Asia Pacific including India, Japan, South Korea, and Australia.

“The Economic Prosperity Network is composed of like-minded countries, companies, institutions, and civil society that operate under a set of trust principles for areas of all economic collaboration.  And it is built on the idea that strong partnerships advance shared prosperity.  And so, it is by harnessing the innovation of resources and synergies of its members that the EPN creates a unified and equitable global framework for trusted geo-economic partnerships,” said Keith Krach, undersecretary for Economic Growth, Energy and the Environment at the State Department while he was discussing the EPN.

Therefore, while talking about EPN, Undersecretary Krach not only talked about the shared economic prospects but other principles, too. “The Economic Prosperity Network enables a set of shared principles that form the basis of trust.  And those trust principles are based upon those shared values like integrity, accountability, transparency, reciprocity, respect for rule of law, respect for the property of all kinds, respect for the sovereignty of nations, and respect for basic human rights,” he said in a briefing to the media.

“And it does this in pursuit of three long-term goals:  the first is ensuring sustained economic growth and prosperity for all partners; the second is expanding fair, transparent, and reciprocal collaboration and trust principles to all aspects of economic partnering; and the third is creating a level playing field for companies, economies, and countries, based on integrity, reciprocity, accountability, transparency, and fairness,” he added.

India led the fight against Chinese aggression on the border in the Himalayas as well as Asia-Pacific, thereby emboldening many smaller countries like Vietnam to toughen stance on Chinese misadventures in the South China Sea.

Geopolitics has always played an important role in deciding supply chains and vice versa. Right from the beginning of civilization, political units used to trade actively only with friendly political units, and this remains true even today. The United States and China used not to trade until Nixon visited China in 1972 and opened up the door for cooperation between the two countries.

The countries which chose the Capitalist block and remained free-market economies are among the richest in the world today while those joined the Soviet-led Communist bloc or remained Non-aligned are among the poor or middle-income countries. The US-led Capitalist bloc dominated the global economy and economic growth and integrated its economy among the member nations while Soviet centralised power with the transfer of wealth to Moscow and St. Petersburg.

The backlash against globalization that started in the mid-2010s, now coupled with Coronavirus disease, is the biggest geopolitical event since the collapse of the Soviet Union. A powerful and aggressive China is facing the ‘free world’ to come together to take on the authoritarian regime of Xi Jinping.

So, with this geopolitical unsettling, the supply chains would also unsettle. And India, with a large market and cheap labour, would be the most crucial element of the new supply chain which would emerge from ‘Economic Prosperity Network’.

This time, as the global supply chain is set to re-align, India is, for the first time, not at odds with the flow of the wind. The country enjoys a demographic dividend, a large consumer base, and a decisive government with the right foreign policy to help it to capitalize on the change in geopolitics and supply chains.

‘Bang Bang! My baby shot me down,’ China writes a painful article about Germany’s backstabbing