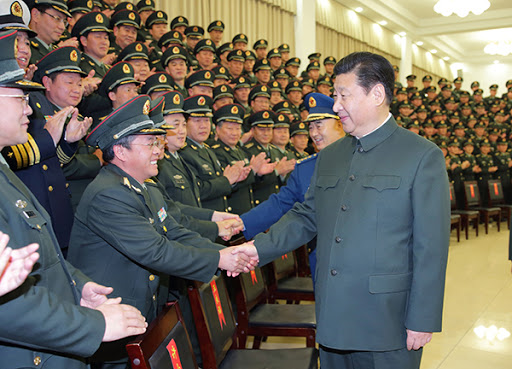 At a time when border tensions continue to escalate between India and China, the latter is still coming to terms with India’s pro-activeness at the LAC as the Indian Armed Forces have occupied the key heights at the Ladakh border and has a strategic edge over China. Acting like a true coward, China is now planning to use its civilians as a shield as it throws open Pangong Tso Lake for international and domestic tourists.

It seems that China has now fallen to the level of Pakistan as it scrambles to react as India is beating China at the LAC in its own game. Earlier in May, various reports claimed that the Pakistan Army was caught using civilians as human shields as the Pakistan Army personnel hid in civilian homes while firing rockets in Pakistan occupied Kashmir.

Staring at a major embarrassment, Chinese President Xi Jinping and his stooges have decided to take a leaf from Pakistan’s playbook as the Chinese government has ordered the Pangong Tso Lake on the Chinese side to be open for international and domestic tourists.

In a desperate effort to save face, China indulged in a PR exercise; the official handles of the Chinese Communist Party machinery are disseminating videos of opening Pangong Tso Lake to the international tourists on the Chinese side.

This development has come just after Rajnath Singh met his Chinese counterpart in Moscow for a meeting requested by the Chinese defence minister, Wei Fenghe in a bid to ease the tensions at the LAC.

The timing of this PR stunt by China is of significance as it comes at a time when India has reasserted its authority in the Eastern LAC with China. Going by the history of China, it will not be far-fetched to say that the visitors will be used as a shield by China.

The situation at the LAC is increasingly tense after India occupied the strategic heights leaving the PLA troops high and dry. There have been reports of warning shots fired last night by the Chinese side. China and its propaganda mouthpiece, Global Times are suffering a glorious meltdown as it appears that China is panicking and it doesn’t know that its next move would be. The decision from the Chinese side to make tourists and innocent civilians as human shields is just a smack of desperation and fear.

In the advent of further firing at the border, China can be fully expected to spread the propaganda that “Indian forces killed innocent civilians” as China is finding no takers in the international quarters when it comes to the border tensions with India.

This is a classic move of a coward and a rogue country led by a leader who has been beaten in his own game by India.