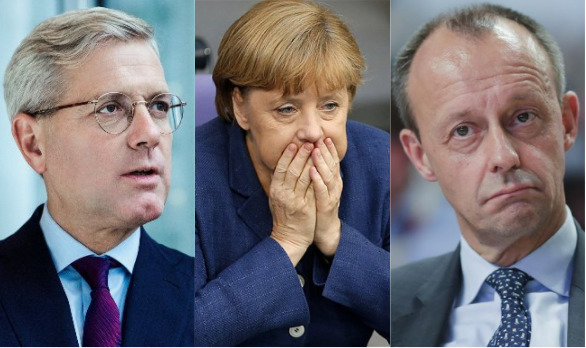 China could be losing one of the very last European allies in Germany that were still ready to engage with Beijing. For the past 15 years, Beijing has enjoyed a close partner in the incumbent German Chancellor Angela Merkel, but now she is at the fag end of her career and the 2021 German Federal elections seem to have cast a shadow over the close relations between Beijing and Berlin.

Neither most of Merkel’s potential successors, nor her ally- Social Democrats (SPD) seem to share the German Chancellor’s enthusiasm when it comes to the prospect of Berlin’s pro-China policy. Now that Merkel is set to retire from active German politics next year, these potential successors and allies are drafting a tough China policy.

Merkel has three potential successors from within her party, Christian Democratic Union (CDU) – Norbert Röttgen, Armin Laschet and Friedrich Merz. And except Laschet, the potential successors aren’t very fond of Merkel’s soft China policy that eschews all conflicts and threats in favour of a few German business interests.

Röttgen, head of the Bundestag’s foreign affairs committee, is seen as one of the leading China hawks in the German legislature. He even led an intense campaign to get the Chinese telecom major Huawei banished from involvement in Germany’s 5G network over security concerns.

Röttgen is also critical of Merkel’s failure to bring up issues like the imposition of the draconian National Security Law in Hong Kong by the Chinese Communist Party. He said, “What the German government said about Hong Kong was the absolute minimum, and it just wasn’t enough.”

Similarly, if another Merkel rival within the CDU, Friedrich Merz, comes to power, Berlin is expected to take a much stronger line against Beijing than the Merkel administration. As such, Merz is considered a strong rival of Angela Merkel within the CDU and Röttgen even more so having led a rebellion against the incumbent German Chancellor.

In fact, a fundamental change in German policy towards China is being predicted once Merkel is replaced. POLITICO quoted a Bundestag official as saying, “Once Merkel is gone, I think you will see a quick shift, possibly a drastic one.” And we can see the hints of changing political atmosphere already with the German Foreign Minister Heiko Maas, an SPD leader toughening his China policy.

Maas is guided by his own interests in pursuing an anti-China policy despite being a part of the Merkel administration. Over the past few months, his Ministry has given subtle and sometimes not-so-subtle signals of marginalising China. Earlier this year, a senior SPD-led Foreign Ministry official had published an angry commentary against China in the German Der Spiegel magazine that seemed to denounce Angela Merkel.

Recently, the German Foreign Ministry even released an India-centric Indo-Pacific strategy that also made indirect references to Beijing’s increasingly belligerent behaviour. Heiko Maas has himself taken some bold steps like rebuking his Chinese counterpart Wang Yi. And now, a Taiwanese military delegation is reportedly preparing for a Germany visit next year. Maas is, therefore, paving the path for a tough China policy.

The German Foreign Minister is guided by his own party’s tough stance against China. SPD, a junior coalition partner of Merkel’s CDU has time and again criticised China and Merkel’s pro-China policy. Nils Schmid, foreign policy spokesman for the Social Democrats said, “Merkel’s China policy is behind the times.”

He added, “She still sticks to this idea of convergence, that as we deepen our economic ties with China, it will become more liberal and western-oriented,” but “that’s just out of date.”

Therefore, as is common with coalition governments, Maas isn’t following Merkel’s line and is pursuing his own party’s stand when it comes to his China policy.

What also encourages the German Foreign Minister’s urge of following a hawkish China policy is the prospect of a coalition between the Centre-left SPD and the Greens Party. While the CDU is poised to emerge as the single largest party in 2021, the Greens and SPD are not ruling out an alliance that could bring them in power. The Greens Party remains the fiercest critic of China’s Uyghur concentration camps in Xinjiang and the security risks posed by China’s surveillance industry.

Merkel today isn’t the compelling power that she used to be. Her potential successors aren’t very keen to inherit her China-friendly policy and her administration’s Foreign Minister is increasingly following his own and his party’s perception in formulating German interactions with Beijing. Berlin’s China policy is changing as the German Chancellor reaches the fag end of her career and it seems that Merkel cannot do anything about it.