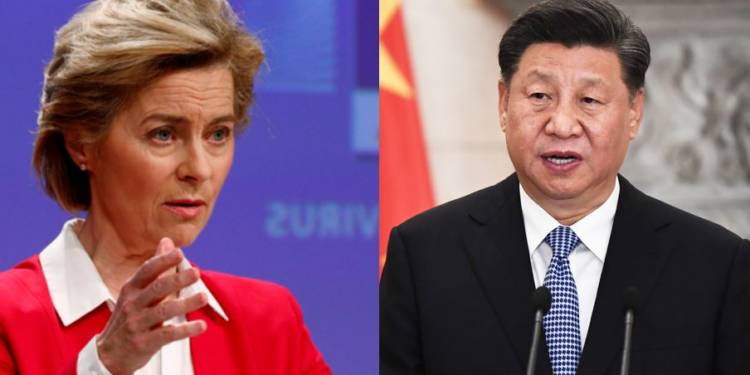 Ahead of the European Union-China virtual summit on September 14, top European diplomats in Beijing and President of the European Chamber of Commerce warned the Communist government that this is the last chance to strike an investment and trade deal. The two blocks have held at least 30 rounds of talks in the last seven years (talks are going on since 2014) but could not reach a concrete deal as China is not ready to open up to the world or, for that matter, EU.

The European Union wants China to stop subsidies to state-owned companies to ensure fair competition, but given China’s state-led Capitalist model of the economy, it is very unlikely that the Communist government would agree to this.

“We have to fill the gap [between reality and promises],” European Union ambassador to China, Nicolas Chapuis, said in Beijing on Tuesday. “Why does Huawei have a 40 per cent market share in Europe … and why do Eriksson and Nokia, the two European 5G companies, have a total of only 11 per cent [market] share in China? What is the problem?” he added.

Moreover, the EU wants China to liberalize its FDI regime as many sectors such as pharmaceuticals, genetics, and ports still have heavy restrictions on foreign investment because the Communist government treats these as “strategic sectors”. “How can you say that you want global cooperation in the World Health Organisation to fight the [coronavirus], and not allow investment from the EU in [domestic] genetics and pharmaceuticals?” said Chapuis in China’s International Fair for trade.

The European Union Chamber of Commerce also warned that this is the last chance to win a trade deal and said that European business community will no longer fall “promise fatigue” and will publish a white paper detailing “800 recommendations”, which will be necessary for China to bag a deal, said chamber president Joerg Wuttke.

It has become very evident that now the European Union will do the deal on its terms given the fact it has the upper hand on the negotiation table. China is desperate for a deal with any country or bloc and the EU is the best bet they can afford. A trade and investment deal with the EU will not only open a huge market for Chinese businesses but also enhance China’s global standing. Therefore, China desperately wants this deal but the reforms that the EU is suggesting for the deal means that the Communist government has to change its model of political economy which is a big deal for any government.

Wuttke pointed out the restrictions in China on European businesses through examples. He highlighted that the Chinese state-owned company has bought a port in Greece through which it conducts its trading operations in Europe but European companies cannot buy a port in China to manage exports in South Korea. The Chinese companies can open a law firm in the European Union but European businesses cannot do the same in China.

The EU-China virtual summit on September 14 is a do or die situation for the Communist government given the fact the EU is not ready to tolerate Chinese stubbornness against reforms anymore. Moreover, the United States Presidential elections are scheduled on November 8, and a win for Biden means that the United States and the EU will coordinate in foreign policy, as the Democratic candidate has already announced. Also, the current Trump-led government is not very fond of China. The US is already pressurizing the EU to get along with its anti-China stance.

Therefore, whoever wins in the upcoming US presidential elections, the EU-China investment and trade deal is very unlikely because the United States will, once again, lead the foreign policy for both sides of the Atlantic. Besides, Merkel, the messiah in Europe for China, is set to retire next year and two of her three possible successors are anti-China. Hence, time is running against Xi Jinping and if he does not offer something concrete to the EU in the September 14 meeting, Beijing is set to lose the bloc forever.