China confused everyone recently with this 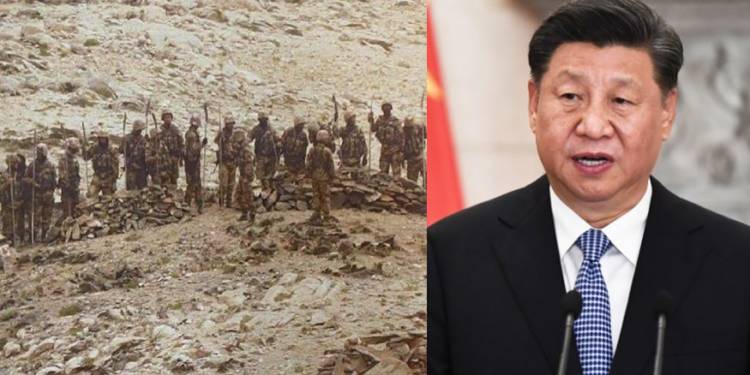 William Shakespeare definitely wouldn’t have taken China into a consideration when he exclaimed, ‘What’s in a name?’ For Chinese revisionism and belligerence, changing geographical and historical names is a matter of State policy. Intrude into foreign territory when no one’s looking, occupy geographical features and give them ‘historical’ Chinese names- this is how Chinese expansionism works.

China is at it yet again. Recently, a Chinese PLA statement indicated that India had entered “Shenpao Shan” area near the Southern bank of Pangong Tso. This was the first time that China actually used “Shenpao Shan” for the geographical feature instead of “Heiding”, which means “Blacktop” and recognises Indian sovereignty over the mountain.

Therefore, when the PLA started claiming that India had crossed into “Shenpao Shan”, the strategic experts were left befuddled because they couldn’t understand what China meant. However, now it has become clear that by using “Shenpao Shan” that translates into “Vulcan Mountain”, China was trying to claim sovereignty over Blacktop.

But then China’s name-changing tactics in Ladakh aren’t really surprising. The blacktop is still just a geographical feature; Beijing can go as far as changing the names of entire countries, after occupying them. Therefore, in the 1950s and 1960s, Tibet became Xizang (Western Tsang) and East Turkestan became Xinjiang (New Frontier).

India itself is a victim of Chinese revisionism and geographical name-changing. Take for instance China occupied Ladakh. The Chinese PLA illegally occupies a part of Ladakh since the 1962 Sino-India war. Interestingly, Beijing calls this occupied territory- Aksai China that translates into “Chin’s desert of white stones. The nomenclature, of course, militates against factual realities. Ladakh was separated from China by independent countries of Tibet and East Turkestan, and therefore ‘Aksai Chin’ couldn’t have historically existed.

On the Eastern side of the Line of Actual Control (LAC) — the de facto Indo-Tibetan border, Beijing calls India’s Arunachal Pradesh ‘South Tibet’. In 2017, China unilaterally renamed six places in Arunachal Pradesh, as a retaliatory move after the Tibetan spiritual leader the Dalai Lama visited the Indian state.

Within China also, there is a tendency to patronise the Chinese language over native languages. Therefore, the name of Xinjiang’s Capital was changed from Dihua to Urumqi in 1954. Zhenxi in Xinjiang was also changed to Barkol as a part of Han Chinese domination and imposition of Chinese culture over Xinjiang’s Uyghur demographic profile.

Hu Xijin, the editor-in-chief of Global Times, a CCP mouthpiece that serves as an extended arm of the Chinese Foreign Ministry, refused to refer to Vladivostok as “Tongzhi Dongfang” or “Ruler of the East”, which is the meaning of its Russian name and chose to call it by the Chinese pseudonym- Haishenwei.

In fact, one will find that every single territory disputed by Beijing has a different Chinese name. Very often, Chinese propaganda tries to popularise Beijing’s nomenclature and overwhelm the traditional/ native names, a case in point being Japan’s Senkaku Islands chain.

If you think, China only renames mountains and cities, you are grossly mistaken. Chinese revisionism in islands and reefs is no less visible than that in mountains and cities. Recently, China unilaterally renamed 80 islands and other geographical features in the South China Sea in a bid to assert sovereignty over these features.

The word ‘South China Sea’ itself is a misnomer. There is no historic name like the South China Sea, and for other claimants in the region, this Sea can assume different names. Vietnam, for example, calls it the East Sea. The world has given China a long rope by accepting the term the South China Sea. And if the location of the Sea is the real determinant, other names like Southeast Asia Sea could be a more accurate description.

How long before the fringe movement to rename the South China Sea the Southeast Asia Sea gathers more steam?

China has an in-built ability to suddenly change geographical/ historical names to build a case for ownership of territories that don’t even have a Chinese connection. To call the Kala Top Shenpao Shan is again a glaring example of how Chinese expansionism and revisionism work.