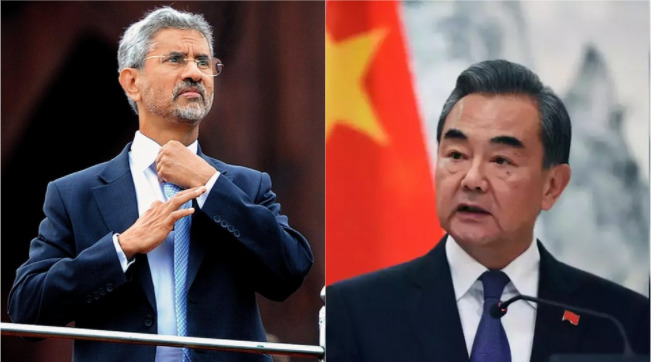 India has managed to put Beijing on the backfoot amidst the ongoing military standoff between the two countries at the Line of Actual Control (LAC) in Eastern Ladakh. The Chinese nervousness became quite visible when India’s External Affairs Minister Dr S. Jaishankar met his Chinese counterpart Wang Yi on the sidelines of the SCO Foreign Ministers’ meeting and reached a five-point consensus to de-escalate the standoff situation.

According to The Print, sources said that Jaishankar reasserted India’s demand for restoration of status quo ante, that is, return of Chinese PLA troops to their pre-incursion positions. But this time, China hasn’t asserted that India is solely responsible for the ongoing crisis- a major departure from the official stance that Beijing was taking till now. India, therefore, outfoxed China by taking control of strategic heights around the Pangong Tso Lake ahead of the all-important meeting.

One point of difference in China's statement quoting Wang Yi's remarks to Jaishankar from previous Chinese statements of recent weeks, incl following Defence Min' meeting: it does not say 'responsibility entirely with India' for crisis, which has been a key Chinese talking point

China faltered at the top diplomatic level because of India’s initiative to occupy dominating heights on the Northern and Southern side of the Pangong Tso lake- the biggest flashpoint between the Indian Army and the People’s Liberation Army.

Following the pre-emptive action to snatch the Black Top from China last month, the Indian armed forces have made several military manoeuvres and strategic redeployments occupying strategic heights to hem in any potential Chinese offensive.

As per sources, Chinese troops continue to occupy the ridgelines in the Finger 4 area at the Northern bank of the Pangong Tso Lake. But the Indian troops have also managed to occupy other dominating heights in the area looking over the Chinese positions.

On the southern bank of the Pangong Tso Lake, India has caught China by surprise. The Indian troops have secured all tactical heights on the Kailash range including the Southern bank of Pangong Tso, Helmet, Black Top, Gurung Hill, Magar Hill Rezang La, Mukhpari and Rechin La.

These heights are critical because they dominate the Moldo Garrison and the Chushul Bowl (called Spanggur Gap by the Chinese). If China looks to carry out an offensive into India’s Chushul through the Spanggur Gap, the Indian troops sitting atop strategic heights can easily unleash hell on the Chinese vehicles and troops.

According to Deccan Chronicle, India has built defences and put barbed wires around its positions, while warning that any Chinese misadventure to cross these wires will evoke a strong reaction from the Indian Army.

Tables have turned in Pangong Tso, and now the Chinese PLA is finding itself hemmed in. It has no idea how to approach the situation, given the brisk pace at which India has secured and fortified its positions. All Chinese attempts to pressurise India from hostage diplomacy by abducting Indian citizens in Arunachal Pradesh and attempt to occupy Indian features in Eastern Ladakh have been thwarted by India.

And then China is, of course, worried about how India has also opened the economic front against Beijing by banning Chinese apps and drawing a safe distance from other Chinese businesses.

Therefore, when Jaishankar met Wang Yi for two-and-a-half hours and also reached a five-point consensus, it became clear it was India that went in with an advantage at the ground level. China was therefore not comfortable in raising fingers at India, while India was able to reassert its demand of restoring the status quo ante. Indian manoeuvres have therefore forced China to kneel before India.

After Japan, Russia is all set to sign a Logistics Pact with India and now the encirclement of China is complete