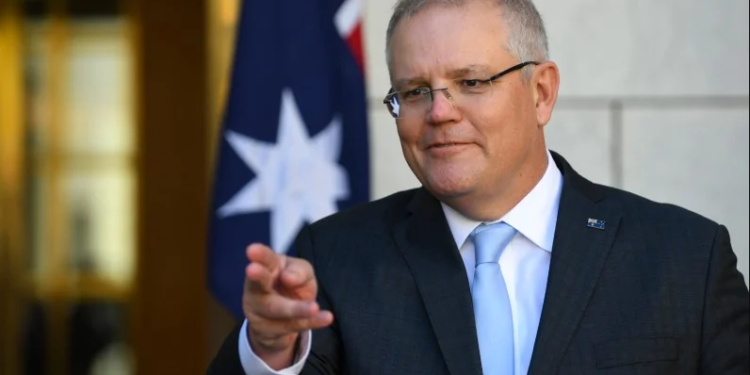 Australia has a lot of people working for Chinese interests, given the fact, the Chinese Communist Party and firms backed by it, invest billions of dollars in the country and employ many people. The Chinese government has created a whole ecosystem in Australia and now the Morrison government is forced to fight the external enemy as well as the internal enemy.

Therefore, to destroy the ecosystem created by Chinese in Australia, the Morrison government has announced that the foreign journalists working in Australia will come under scrutiny from the federal agencies if they present a “slanted view” of the country.

The federal agencies will also keep an eye on those who try to interfere with Australian democracy or try to steal intellectual property. Australia’s foreign minister and home minister are carrying out coordinated efforts to deal with internal as well as external enemies of the country.

“If people are here as journalists and they’re reporting fairly on the news, then that’s fine. And if people are masquerading as journalists or business leaders or whoever they might be, and there’s evidence that they are acting in a contrary to Australian law, then ASIO and AFP and other agencies will act,” home affairs minister Peter Dutton told Australian Broadcasting Corporation (ABC).

He further added, “If there’s an attempt with interfering or conducting espionage-type activities, then we have a problem with that. But for a journalist coming into our country, applying scrutiny as anybody on your panel would today – we don’t have an issue.”

The decision by the Australian government to not spare anyone including the journalists and activists from scrutiny should be lauded given the fact that governments in democratic countries refrain from taking action against them even if they are presenting a “slanted view” of the country. In the name of “press freedom”, these journalists carry out the propaganda of their home country or organization in which they are employed.

India has been a victim of such journalists and activists since independence. The journalists associated with BBC like Mark Tully continued to represent the orientalist view of the country which their government has colonised decades after independence; ‘historians’ like William Dalrymple continue to whitewash our history and propagate the view of colonial powers, be it Mughals or British, even today.

Therefore, it is important that the government around the world, especially in countries like India, Australia, or those in the Southeast Asia, take a holistic view of ‘sovereignty’ and keep an eye on journalists and activist class.

Today, any journalist working in any foreign country has access to most of the public documents of that country given the fact that governments in democratic countries are very transparent with their citizens. But, when this information is shared in foreign country, especially authoritarian ones like China, it becomes useful for them to target important individuals.

Recently an investigation by The Indian Express revealed that almost all important individuals of India are being monitored by a Shenzhen based Chinese company which has close links with Chinese Communist Party as well as the People’s Liberation Army. “From Ministers to Mayors, sarpanches, and legislators to Members of Parliament, the database includes at least 1,350 politicians and lawmakers across parties — BJP, Congress, Left and almost all regional outfits; spread across the country from Jammu and Kashmir and Ladakh in the north to Odisha in the east, Maharashtra in the west, and Tamil Nadu in the south,” reads the report by Express.

The company said that this database is part of ‘hybrid warfare’ against India and other countries which do not have good relations with China. So, where do companies like the aforementioned ones get information about important individuals from any country? Obviously, the open access to public documents and the journalists-activist class contribute to this information. And therefore, for maintaining sovereignty in the modern digital world, it is imperative to monitor the journalists, just like Australia has proposed to do. The Modi government must follow suit to save the country from vultures like Mark Tully or Willian Dalrymple.