China should be punished 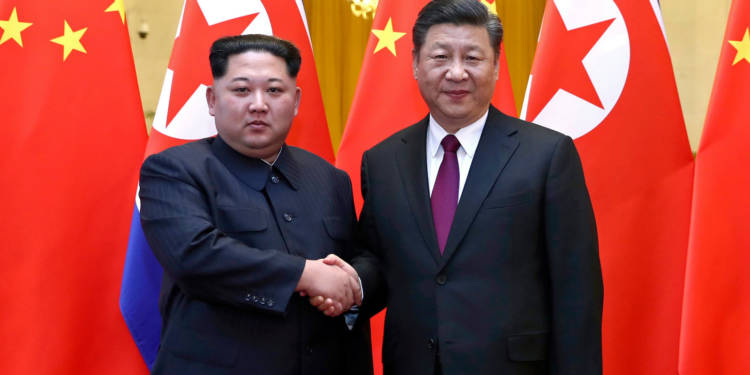 Dandong — a dilapidated, frozen city on the banks of the Yalu River, which separates China and North Korea is involved in illegal trade with North Korea despite the UN sanctions already being levied upon the latter. In September 2017, after Pyongyang carried out its sixth and largest nuclear test to date, the United Nations Security Council (UNSC) had imposed broad sanctions on the North Korean economy, including the export of coal and minerals. Surprisingly those sanctions were backed by China. And in September of 2018, Beijing even told the international press that it had completely stopped processing North Korean coal shipments in order to implement sanctions passed by the UNSC. However, a recent report by Voice of America, tells a different story altogether.

The report states that there is strong evidence that Dandong-based companies are continuing to import materials from North Korea. Researchers from Britain’s Royal United Services Institute say that businesses based in Dandong are importing coal and minerals from North Korea to sell on global markets, while also procuring goods to send back into North Korea that could be used for Pyongyang’s nuclear and missile programmes.

For the first time in 9 months, the Caribbean region is taking Russia’s side

Dandong’s financial infrastructure has played a crucial role in sustaining the North Korean economy in the past. Research from the Royal United Services Institute shows that between 2014 and 2017, almost a quarter of North Korea’s total trade moved through only 150 Dandong-based companies, with a value of $2.9 billion.

For decades, Dandong had been a key trading hub that helped the North Korean regime cash in on China’s economic rise. However, when the sanctions were announced, the business had gone kaput and the city wore a weary look all around. But as is the case with most communist regimes, flouting rules and regulations and evading sanctions comes naturally to China, and it did exactly the same.

The report claims that China is using several fronts to launder the money and send it to the dwindling, starving economy of North Korea.

“Revenue generation through coal exports would then be funneled through front companies in Hong Kong which shared identifiers with Chinese companies, such as phone numbers and locations, office locations… Some of these companies would send items to Syria, Iran, Myanmar – countries that have had previous reported military relationships with North Korea. And then those companies would then procure items and send them to North Korea,” read the report.

It wouldn’t be hyperbole to say that North Korea might be using this route to give impetus to its nuclear programme and ballistic missile programme which can destabilize the region, given a diabolical dicatator like Kim Jong Un sits in Pyongyang.

China has used sanctions levied upon such autocratic countries for its ulterior motives in the past too. Reported by TFI, China is well on its way to buy out a sanction-ridden Iran and turn it into a surveillance state. China is buying Iran and the Shia-majority country has been valued at $400 billion for the purpose.

Read: Iran has made a huge mistake – China all set to turn it into a China-controlled Surveillance state

While it might not do the same with North Korea but empowering such a country cannot augur well for world peace, especially when that country is an irresponsible nuclear power.

China is one of the five countries in the Permanent Council of the United Nations Security Council (UNSC) and therefore its representation as a country that brazenly goes against the sanctions of the very organization it is a part of doesn’t bode well for the credibility of UN.

China should be booted out of UNSC and for that to happen, the structural reforms that New Delhi for long has been demanding about needs to be brought in. The unceremonious ‘veto’ power needs to be taken away from the countries so that Beijing is better held accountable for its nefarious actions.

Including Xi Jinping’s red-regime in the United Nations Human Rights Council was a folly in itself and if the world body still doesn’t wake up from its slumber, then its existence will be questioned all around.

It’s high time that the 5 nation kitty party of UNSC be brought under public scrutiny. China time and again makes a mockery of the institution of the UN. Therefore adding a strong and emerging country like India might just do the trick and restore the balance in an organization that off late has become China’s lackey (Read: WHO).

India is destroying China’s dreams of a Kra canal project in Thailand. And now US and Australia have joined the party