India is destroying China’s dreams of a Kra canal project in Thailand. And now US and Australia have joined the party 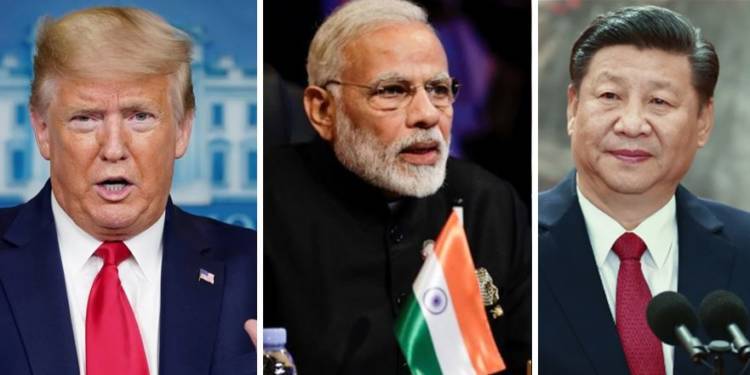 China and its authoritarian leader Xi Jinping must be seething through his teeth as news reports have come out suggesting that India, Australia, and the USA—three of the four integral members of the Quad have shown the desire to invest in the Kra Canal project which is being actively entertained by the Thailand government as a viable alternative after China’s proposal for the same was shelved.

According to a report in the Economic Times, a parliamentary panel in Thailand on Monday claimed several nations had shown an interest in constructing a canal across southern Thailand.

Thai Nation Power Party MP Songklod Thipparat, who chairs the parliament’s group that studies the project’s feasibility, said that countries such as India, Australia, the U.S.A, and of course a still stubborn China are willing to support Thailand on the project.

Reported by TFI, China had been looking to construct a 120-kilometer mega canal cutting through the isthmus of Kra in Thailand, that could ostensibly help Beijing in solving the ‘Malacca Dilemma’ as it would have opened the South China Sea to the Indian Ocean, bypassing the Strait of Malacca.

However, the Thailand government, after facing flak from the public for even entertaining the thought of allowing China to encroach its sovereign boundaries had eventually clipped the wings of the plan.

A Bloomberg report had suggested that Thailand was instead looking to construct a land passageway bypassing the Strait of Malacca, effectively scrapping the Kra Canal project.

The Strait of Malacca is a major bottleneck in China’s global ambitions. 80 percent of China’s oil supplies pass through the Malacca Strait, apart from forming its trade routes to the Middle East and Europe. But India’s geographical position is such that it can easily blockade the Western side of the Strait of Malacca.

A key reason why China has not been able to grow too powerful is the looming threat that democratic and fair powers like India and Australia and other Southeast Asian nations are well-positioned to cut-off Chinese supply lines in event of a major military confrontation by creating a blockade around the Strait of Malacca.

However, if a trustworthy nation like India was to be on board to construct the canal, the deal could be mutually profitable for both the countries and in turn, the new world order. Therefore the renewed interest from the Thai side is being seen as an indication that apart from China, PM Prayut Chan-o-cha is willing to go with any other country.

The Quad has sensed this as an opportunity to exercise more influence in the region and hence has taken the road less traveled. And it seems like the ‘superpower group’ is willing to talk back to China in its own language.

In the old world order, these countries would have been satisfied and gone back to their ways if Thailand had scrapped the Kra Canal deal. But this time around, they have taken the fight to China by shooting across the message that ‘we will build the canal ourselves and use it for our own purposes’.

With India already flexing its muscles in the Andaman islands, China could be given a double whammy if India or its allies had control of the Kra canal. Reported by TFI, the union government has expedited the plans for basing additional military forces, including facilities for additional warships, aircraft, missile batteries, and infantry soldiers at the strategically-located Andaman Islands.

If completed, the 135-kilometer long canal will connect the Gulf of Thailand with the Andaman Sea, providing a short-cut for vessels to navigate between the South China Sea and the Indian Ocean.

The perennial dream of China to become an ‘expansionist mogul’ in the area would be blown into smokes if New Delhi, Washington, or Canberra get hold of the geo-strategically important deal. Within a matter of months, China’s glee has been turned into sorrow and more misery is sure to come its way.