Pakistan wants to dominate Afghan affairs and be a major player, but Pakistani Taliban is giving them hell

Pakistan bred these terrorists, they are now coming back to bite it 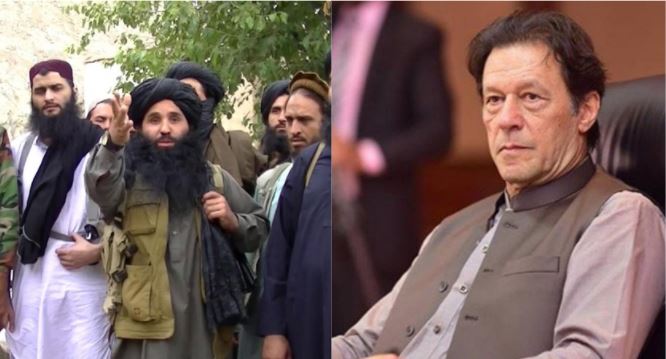 Pakistan’s present condition resembles pretty much that of a headless chicken, sandwiched no less between the Afghan Taliban, which only recently began historic face-to-face peace negotiations with the country’s government, and the Tehrik-e-Taliban Pakistan (TTP), popularly knows as the ‘Pakistani Taliban, which has over the past few months mounted an unprecedented offensive against the Pakistani state and its armed forces. A peaceful and stable Afghanistan serves no purpose of Pakistan’s, rather, it is the US which has strongarmed the Islamic republic to get on board with all that is happening beyond its western border.

With the Afghan peace dialogue moving forward and both parties in the war-ravaged country now sitting across the table face-to-face, Pakistan has much reason to be worried. A prerequisite of the Afghan Peace process is the mandatory condition of the Taliban not harbouring any militants in Afghan territory. For the uninitiated, consequent to the hectic negotiations for peace in Afghanistan and with the US withdrawing its troops from the country, the Afghan Taliban will be made a stakeholder/partner in the governance of the country.

As the Afghan Taliban begins withdrawing its support to various militant elements within the country, the Pakistani Taliban, which has for quite some time now enjoyed refuge within Afghanistan, will be left without any save havens, and will be kicked right back into Pakistani territory. After a major offensive against it in 2014 by the Pakistani armed forces, the TTP was forced to flee into Afghan territory, which resulted in them losing their firm hold over what are called ‘tribal’ areas of Pakistan, bordering Afghanistan.

Facing an imminent threat of being unceremoniously kicked out of Afghanistan, the TTP has resorted to being a massive headache for Pakistan, and has initiated a series of almost daily attacks against the Islamic country’s armed forces and civilians which it considers to be spies for the Pakistani establishment, according to a WION report.

The month of September has seen near daily incidents, from roadside bombs to sniper attacks, to ambushes and the killing of residents accused of collaborating with government forces. The militants have killed at least 40 soldiers since March, according to a Reuters tally of official figures. At least 109 people were killed in 67 attacks between January and July – twice the number in 2019, according to the FATA Research Centre. “The group`s capability and military strength has increased, as has their reach,” said Mansur Khan Mahsud, executive director of the Islamabad-based FATA Research Centre.

This is due to the fact that the militant group has struck deals in July with a number of smaller armed groups of the country, who are now putting a united front against the Pakistani state. The Pakistani Taliban is working overtime to ensure that it regains all territories in North West Pakistan which it has lost since 2014, and that is no good news for the Pakistani establishment. Interestingly, the TTP also has links with the Al Qaeda. Many friendly terror groups within Pakistan, like the Jaish-e-Mohammad, Hizbul Mujahideen and Lashkar-e-Taiba are known to share a “symbiotic relationship” with groups like the Al Qaeda.

Pakistan, in its desperation to keep the TTP at bay, and its despair of seeing the Afghan peace process make steady and fruitful progress, has taken to blaming India and accusing it of sabotaging the peace talks in Afghanistan, further crediting itself with all that has been achieved so far in the war-torn country. This, despite the fact that the Afghans share a much more cordial and friendly relation with India than they ever did or will with Pakistan.

The Pakistani Taliban is expected to make gains in regions which they had lost control in post 2014. As a result, Pakistan, apart from dealing with a multiplicity of humongous problems already, will have to take another major headache upon itself. This despite the Islamic Republic thinking that it had successfully defeated the TTP after its 2014 offensive.

ASEAN pulls a fast one over China, puts the code-of-conduct in South China Sea in an infinite loop