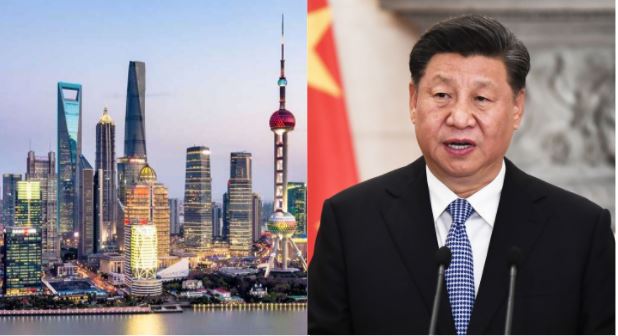 Facing the heat of global decoupling prospect of an imminent economic collapse, China seems to be emerging as a rather desperate state. The backlash against the Chinese economy is forcing Beijing to do what was never really expected out of it, that is, opening up its economy.

As per a latest SCMP report, Beijing has announced that it will allow overseas bond investors to transfer money into and out of the Communist country in a more unrestricted manner. Therefore, as the outside world threatens to delink itself from China, the paper dragon is looking at easier access to its gigantic onshore bond market.

The People’s Bank of China and the State Administration of Foreign Exchange (SAFE) have issued a draft regulation stating that Foreign Institutional Investors (FII) including Central Banks, investment banks, wealth-management firms and insurance companies would be able to take out more money in the currency of their original investments without facing any restrictions.

In fact, the new rules that China proposes to bring in will allow foreign firms to open a bond account with a custodian bank in China and directly bring in money to buy bonds in the Chinese market. Repatriating funds is going to be made easier, though repatriation of funds will be allowed only in that currency in which the original investment was made.

The People’s Bank of China and the foreign exchange regulator said that the new rules are aimed at “facilitating foreign investment in China’s bond market” by ensuring “direct market access through onshore accounts”.

China is not taking this drastic step with a lot of willingness. But it is getting coerced into opening up its financial markets. In fact, opening up has always been a contentious matter for the Communist government in China. The United States and the Western world have time and again complained that Beijing blocks access to its fast growing financial markets. Yet, China didn’t care and refrained from creating a level-playing field for domestic and overseas bond investors.

But now China doesn’t really have a choice. Tables have turned, as the free world is now trying to severe its financial links with China, while China is searching for an opportunity to secure its financial links with the rest of the world. This is actually a vindication of how Trump administration’s threats to sanction Chinese institutions and individuals have managed to bend China’s will.

But China’s economic woes are hardly limited to the United States of America alone. China’s exports-based economy is being ravaged by its global rivals right under the Communist regime’s nose. China’s economy is staring into a major downfall, perhaps one of the biggest that the Dragon has seen in several decades.

Countries like India and the United States are literally turning Chinese investors, telecos and tech companies into untouchables. Moreover, Chinese economy as a whole is in shambles with man-made floods striking Chinese villages, which are further pushing China towards devastating famines.

Today, as China moves towards a complete economy breakdown, it needs the world more than ever before. The US-led attempts forcefully delink financial ties with China is a jolt that Beijing isn’t simply prepared to handle. This explains why China has relented on something as contentious as allowing a level-playing field for foreign investors in China’s bond market.

China will do anything to avoid becoming a Pariah State that it is being turned into. And therefore, Beijing is suddenly ready to open up in order to avoid an imminent economic collapse.