India already has the advantage 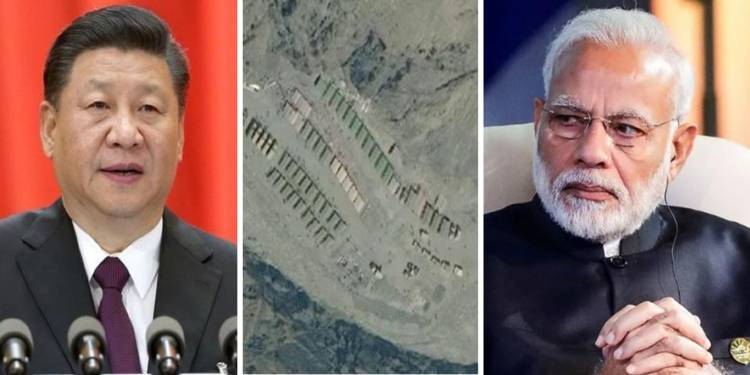 China, in its latest round of promises which are bound to be broken, has committed to not sending any additional troops to the frontline Sino-India border, also called the Line of Actual Control. China, over the past few months especially, has earned itself the tag of being a duplicitous nation which does not shy away from lying through its teeth. In a joint statement released by both India and China, however, for the first time since the paper dragon was pushed into an extremely disadvantageous position in Eastern Ladakh, it has now assured India that no more Chinese troops will be roped into the region.

India too has committed to the same, however, it has a distinct advantage against the Chinese already. The sixth Corp-commander level talks between the two countries, first of their kind after the five-point agreement was reached upon by the Foreign Ministers of India and China in Moscow, remained inconclusive. The only positives which were reported out of the said meeting were snippets of information where both countries agreed to keep channels of communication between them open while also committing to not take any unilateral and kinetic steps to alter the ground situation.

India, by making China commit to refraining from sending more troops to the frontline, has played quite a master game, which is bound to reap immense strategic results in favour of India’s stand when it comes to status quo ante in Eastern Ladakh. It must be remembered that India has always been braving the Ladakh winters, and as such, its troops almost seamlessly survive the winter season every year. For China, however, this year in Ladakh’s excruciating winters will be a first.

Already, it is being seen for the past week that Chinese soldiers are falling ill due to the onset of low temperatures at the tremendously high altitudes. The Indian Army has observed that some of the PLA troops are being evacuated on stretchers from the heights of Finger 4 in Pangong Tso lake to a field medical facility ahead of Finger 6 due to health complications linked to high altitudes. Hence, it would not be hyperbole to say that what China thinks it has as troops on the frontline are actually people who can in no measure survive the Himalayan chills, leave alone fight a war against India.

The Indian military has already moved more than 150,000 tonnes of materials into Ladakh which includes vast quantities of ammunition, equipment, fuel, winter supplies and food. Major General Arvind Kapoor, Chief of Staff of the Indian Army’s 14 Corps was quoted as saying, “All the supplies that we need have already been pushed to wherever they are required.” This shows that the Indian Army has mounted an aggressive and perhaps never seen before logistical exercise in Eastern Ladakh, primarily due to the fact that the quantum of Indian forces along the Sino-India border this year is unprecedented.

Mind you, all the Indian troops are well acclimatised with the harsh climate of Ladakh and can seamlessly brave the same. At the same time, there is a high possibility of China running out of troops along the Sino-India border, since many are bound to be rendered incapacitated by the winter season. As such, if China pushes in more troops while having agreed to not do so with India, and mentioning it in the joint statement no less, it will be providing India with ample reason to launch an offensive, which will be aimed at executing a new status quo on the ground, with completely new facts.

Already, the Indian forces are in possession of multiple dominating heights in Eastern Ladakh, particularly in Pangong Tso Lake, and are now overseeing Chinese positions and military installations. In swift pre-emptive operations launched by the covert Special Frontier Force, several heights and hill features were secured by India on the Northern and Southern banks of the Pangong Tso lake on the intervening night of 29-30th August. This was followed by India securing an additional six hill features in early September, hence pushing the Chinese PLA into an extremely disadvantageous position in the region.

If an offensive against China is launched, there is nothing stopping India to go for the jugular and regain its lost control over Aksai Chin, which is currently under illegal, yet inevitably temporary Chinese occupation. All of India’s troops are battle-hardened, as opposed to their Chinese counterparts, who are already being stretchered off to medical facilities, even before the winters of Ladakh have set in.

India is not going to send any more troops to the frontline facing China, as it has already housed all required numbers in abundance along the border, particularly in Eastern Ladakh. The country in dire need of continuous replenishment of troops is China, which much to its own disadvantage, has committed to not sending more troops along the border.

While the Indian Army almost seamlessly adapts to the winter chills, which can drop to excruciating temperatures of -30◦ C, the Chinese forces usually retire away from the Himalayas during winter months. The PLA lands in southern Tibet for military exercises only during the summer months. Therefore, while Chinese troops will be focussed at surviving the winters, Indian forces will be working to restore status quo ante on the ground, militarily if required.