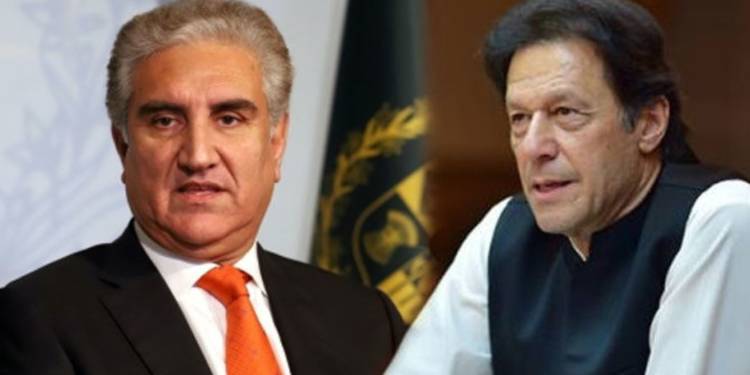 At the virtual SAARC Council of Ministers meeting, Pakistan was seen to be behaving itself as it did not indulge in undiplomatic theatrics and comically boring references to Kashmir, and instead, offered to host the SAARC summit this year, an offer which was declined by the other member states at the very outset. It must be remembered that at the SCO Summit meeting of National Security Advisors, Pakistan had put on display a fictitious political map as a backdrop, which included Indian sovereign territories of Jammu and Kashmir and Junagadh as a part of the terror states’ newly released cartographical representation of itself. Indian NSA Ajit Doval had subsequently staged a walk-out from that meeting.

At the SAARC meeting, Pakistan had no such cheap surprises up its sleeve, and Shah Mehmood Qureshi, the infamous Foreign Minister of Pakistan did not even utter the word ‘Kashmir’, although he did make a subtle reference to it when he said, “Highlighted need to condemn & oppose unilateral/illegal measures to change status of disputed territories in violation of UNSC resolutions. Such unilateral measures run counter to shared objective of SAARC to create regional amity and cooperation & must be opposed resolutely.”

The change in posture and behaviour of Pakistan comes in the backdrop of heightened global isolation of the terror-sponsoring nation, which has only two friends remaining globally – China and Turkey. Pakistan has been declared a pariah even by those which the terror state likes to associate its genomes with – the Arab world. Shah Mehmood Qureshi, the Pakistani Foreign Minister is attributed with single-handedly sending already strained relations with Saudi Arabia into complete jeopardy, which was followed by the Pakistan’s Chief of Army Staff – General Qamar Jawed Bajwa being snubbed by Saudi crown prince Mohamad Bin Salman in Bahrain.

In a television interview, Qureshi gave an ultimatum to Saudi Arabia, saying that Pakistan will have to look for other options if the OIC doesn’t come forward in support of its stance on Kashmir. “I am once again respectfully telling OIC that a meeting of the Council of Foreign Ministers is our expectation. If you cannot convene it, then I’ll be compelled to ask Prime Minister Imran Khan to call a meeting of the Islamic countries that are ready to stand with us on the issue of Kashmir and support the oppressed Kashmiris.” This had infuriated Saudi Arabia, which  stopped the supply of oil to the country after the expiration of the deferred payment deal, which the Islamic hegemon is not willing to renew for Pakistan. Pakistan was also made to repay a $1 billion loan to the Saudis, after extracting the same amount from China.

The point being, Pakistan has fallen out of favour with Saudi Arabia, and consequently, with the Organisation of Islamic Cooperation (OIC) for its incessant rants on Kashmir and cosying with Turkey.

Meanwhile, Russia, which is a time-tested ally and friend of India has also shut its doors for Pakistan, with the Putin-regime conveying to India that the Russian defence and military inventory was closed for Pakistan, and that the country would not be supplying any arms and ammunition to the terror state. This will naturally lead to fewer options for the debt-ridden Islamic country to purchase military supplies from – the only option being China. The country will further be led into an unprecedented debt trap by China.

At the SCO summit, Pakistan had also earned the ire of Moscow for displaying a fictitious map, which led to India walking out of the NSA meet. Meanwhile, interestingly, while Pakistan did put on display its hilarious map as a backdrop in the meeting, it did not explicitly mention Kashmir there too. This has led to many speculations of whether Islamabad seems to be changing its stance on the sovereign Indian territory which it has been claiming as its own since its creation.

The fear of Russia and the Saudi world is palpable in Islamabad, as India achieves its target of isolating Pakistan at a global, and wholesome level. What may have also caused Pakistan to behave itself at the SAARC meeting is the fear of India itself, which has been lobbying hard at the FATF to get Pakistan blacklisted, a move which will sound the death knell of the already crippled Pakistani economy. Through SAARC also, Pakistan is on the lookout to alleviate its status as a global pariah, which might explain its eagerness to hosting the next SAARC summit.

SAARC was virtually a dead organisation since 2016, after the Uri terror attack by Pakistani terrorists which claimed the lives of 18 Indian soldiers. India then mounted an aggressive anti-Pakistan campaign globally, a move which had also sent the SAARC into slumber. While India has an alternate organisation – BIMSTEC for South Asia, Pakistan has only SAARC to pin its hopes of diplomatic revival upon. Therefore, Islamabad is behaving itself these days on the issue of Kashmir on multinational forums.