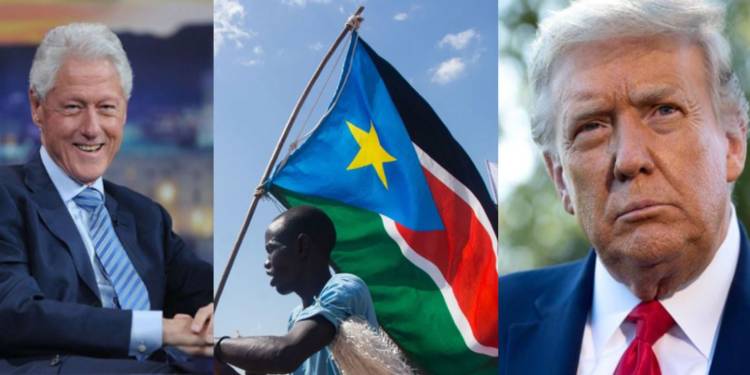 Ahead of the US Presidential polls, Donald Trump is on a roll in the Middle East. He is magnanimously letting war-torn countries in the region, including the ones wronged by Trump’s predecessors in the past, to mend ties with American ally Israel and curry favour with the White House. Trump is now encouraging the war-torn and sanctions-ridden Sudan to normalise its ties with Israel. In return, the White House is ready to take Khartoum off the US terrorism list.

Sudan has had a complicated history with the US President Bill Clinton getting it bombed in 1998. The subsequent American sanctions opened the floodgates of predatory Chinese investment in the war-torn country that had no other means of bringing in foreign investments. But now Trump is resolving one of the most contentious issues in the Middle East by resolving the Sudan crisis.

In fact, Trump’s new Middle East policy of getting Islamic countries in the region to establish diplomatic ties with the US ally, Israel in return of big economic/ political gains is becoming quite visible in Sudan. While Khartoum doesn’t want to expressly link getting removed from the US terror list and normalising ties with Israel, Sudanese leaders do not rule out establishing formal ties with Israel as a part of US offer of economic aid worth 300 million US dollars and 3 billion US dollars in debt relief and investment.

Even apart from the generous American financial assistance, the offer of getting removed from the terrorism list is too lucrative an offer for Sudan to reject. Being on the US terror list means that the war-torn and poverty-stricken country cannot seek global assistance which could have helped it gain political and economic stability.

Sudan has been on the US terror list since 1993, partly due to the African country’s alleged ties with terrorists like Osama bin Laden. In 1995, the then US President Bill Clinton imposed punitive sanctions on Khartoum and in 1998, Clinton ordered a missile strike on the Al-Shifa pharmaceutical plant in Khartoum, Sudan as a retaliation against the bombing of US embassies in Kenya and Tanzania by Osama bin Laden loyalists.

Bill Clinton administration had then argued that the Al-Shifa pharmaceutical plant was targeted because it was used as a terror base. However, later on it was proved that the Khartoum-based pharma plant had no terror ties. Anyway, the US sanctions on Sudan and the Operation Infinite Reach, as the missile strikes on Al-Shifa and al-Qaeda bases in Khost, Afghanistan was codenamed, led to China gaining a foothold in Sudan.

Speaking to The Diplomat, a Sudanese government official sarcastically said, “It is surprising, the coincidence that U.S. sanctions began around the same time China invested in our oil industry.” In fact, Sudan signed its first oil deal with China in 1995, the same year in which Washington unleashed sanctions on Khartoum.

With his interventionist policy in Khartoum, Clinton opened up Sudan for China which would change the course of history as regards the entire African Continent. Sudan was the opening point for the Dragon from where it started becoming more and more influential in Africa. Sudan’s Foreign Minister, Ibrahim Ghandour said, “China’s first experience in investing in Africa was in Sudan.”

Today, China controls 75 per cent of Sudan’s oil industry and the Dragon’s tentacles have spread even to other sectors of the Sudanese economy. The vacuum left behind by the US allowed China to make Khartoum a part of the Belt and Road Initiative (BRI) and assume near-total control of much of the Sudanese economy. Ghandour said, “They (China) started in oil but, now have other interests in trade, mining, and construction.”

In 2011, South Sudan seceded from Sudan and took away much of its oil reserves. Beijing is now grabbing full control of oil exploration activities in Khartoum. China wants to find and exploit new oil deposits in Sudan, while the African country is still isolated by the US and other Chinese adversaries.

Chinese companies, of course, do not care for Sudan and all they want to do is milk the oil-rich country and gain more and more control of the war-ravaged country through the BRI. They do not even comply with the Sudan labour law that requires international companies to keep at least 80 per cent Sudanese in their staff. Chinese presence in Sudan doesn’t really help Sudanese people.

China kept expanding its presence in Sudan, but none of Trump’s predecessors seemed to care. The prolonged sanctions on Khartoum, an obvious attempt to force a regime change and topple the former Sudan President Omar al-Bashir only made China the biggest player in Khartoum. Now, al-Bashir has himself been overthrown and the new regime wants to pull Sudan out of the isolation that it is in. Therefore, Trump has every reason to take his foreign policy charm in the Middle East to Sudan, in order to kick Beijing out of the African nation.

Zimbabwe and China – a match made in hell. Zimbabwe allows China to destroy its environment to mine coal.

As Erdogan sucks up to Putin, Russia is giving Turkey a bloody nose on three fronts