‘Back off, Taiwan is not China,’ EU stands up for Taiwan and leaves China red-faced

China was not expecting that 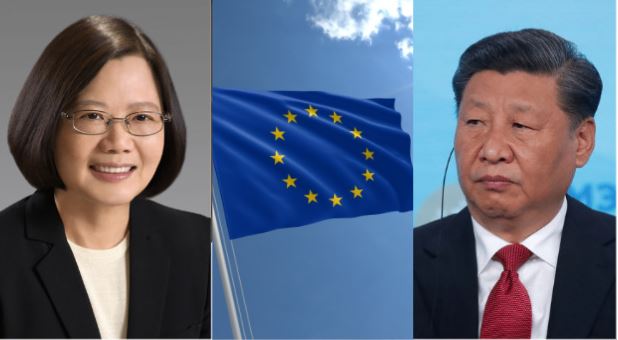 What has happened in the last two days in Europe regarding the China, Taiwan and the One-China policy has been unprecedented, and any geopolitical jargon cannot measure to the level of humiliation the Chinese Communist Party has suffered. On the 27th of September Taiwan lodged a protest with the Global Covenant of Mayors for Climate and Energy (GCoM) over its listing of the six cities in Taiwan that are members of the group as being part of China, the Ministry of Foreign Affairs (MOFA) said Sunday.

The cities of Taipei, New Taipei, Taoyuan, Taichung, Tainan and Kaohsiung were listed under the country (classification) of China on the GCoM’s website as reported by Focus Taiwan. As the protest mounted on the Brussels based body, the Global Covenant of Mayors for Climate & Energy reverted its original decision confirmed by Taiwan Foreign Minister Joseph Wu. The Taiwanese government expressed its happiness and said that the European Union had stepped in to help after the protests were raised. As reported by Reuters, Taipei, the GCoM has renamed the country category to Chinese Taipei which Taiwan uses for international events like Olympics.

This news in itself showcases a tectonic shift within a couple of years regarding the outlook of European countries and its elected representatives. From a positive outlook for a responsible and praiseworthy China, welcoming the Belt & Road Initiative to now being entirely critical of China, so much so, that notwithstanding Chinese efforts to get international companies and institutions to mention Taiwan as part of China in all their documents and websites, Europe is drifting further away from the One China Policy.

The Mayor of Prague, Zdenek Hrib, has led the European mayors in the criticism of China, he has not minced his words in his criticisms of Chinese handling of Hong Kong, genocide against the ethnic minorities i.e. the Uighur Muslims of Xinjiang, ethnic Mongols and the overall criticism of brutal Communist regime. He was also part of the Czech delegation of more than 80 members from government, business and academia to Taiwan, which also included President of the Czech Senate Milos Vystrcil.

Last few months have been really surprising for the all-knowing Xi Jinping, as his fiercest critiques are coming from Europe, where he had least expected. The current event was long in the making and became all the more obvious with the disastrous Euro-tour of Chinese Foreign Minister Wang Yi. As reported earlier by TFI, “Wang Yi’s single-point agenda during his Europe visit was to desist the EU from getting involved in what Beijing calls the ‘new Cold War’ between the US and China, especially after Beijing got rattled by the US Secretary of State Mike Pompeo’s Europe visit. But Europe has chosen to question Yi on human rights issues instead. This is by far the biggest diplomatic embarrassment that China faced in recent memory and the Chinese Foreign Minister is at the centre of it.”

The Chinese had invested a fortune to tame the European Union, it had thought of bilaterally dealing with Germany and taming the rest of Eastern Europe including the CIS region with candies and popsicles. However, the painful memory of the Communist regime of USSR is still current in their veins and any price is high enough to again lose the hard-earned sovereignty. This is what China forgets, and recently almost all European countries have become vocally critical of the CCP, and add the France which is resolutely standing behind India in the grouping of anti-China EU member countries, one can say that taking a cue from the EU, this stand of many member countries has left China red-faced and embarrassed with no exit strategy in vision.