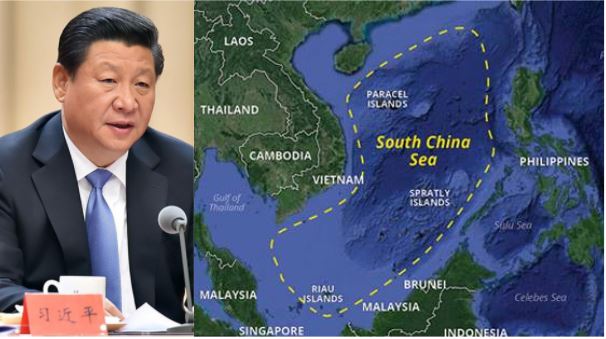 The debate regarding the validity of the name ‘South China Sea’ resurfaced, as the President of the polling firm Social Weather Stations (SWS) said that the sea should be renamed as the ASEAN (Association of South-East Asian Nations), Mahar Mangahas suggested and very rightly so. He also suggested in addition to renaming the South China Sea, that the Philippines designate the North Philippine Sea, an East Philippine Sea (EPS), and the South Philippine Sea to “completely cover” the country’s borders.

Naming the sea on South-East Asian region is much more appropriate given Vietnam, Taiwan, the Philippines, Brunei, and Malaysia & Indonesia surround the majority of the sea and have the rightful claim to the major chunk of the sea as part of their EEZs (Exclusive Economic Zones) under United Nations Convention on the Law of the Sea (UNCLOS), also called the Law of the Sea Convention which empowers nations’ claims for EEZs till 200 nautical miles from their respective coastlines.

Earlier in 2011 Philippines named the western Exclusive Economic Zone in the South China Sea as the West Philippine Sea, and in 2017 Indonesia referred to the northern areas of its EEZ in the South China Sea as the “North Natuna Sea” in an act of defiance against Beijing’s territorial ambitions in the region. Thus, this particular statement resonates with the decision-makers in ASEAN and should be followed as an example that the South East Asian countries are not willing to kowtow and serve their sovereignty to China on a silver platter, they will go to any lengths to safeguard their sovereignty and integrity.

Chinese counter-claims are based on frivolous historical facts that are created out of thin air but backed by a monstrous economic and military might. The greatest irony is that China is claiming additional EEZs by creating artificial Islands and building military facilities while denying the same to ASEAN countries. Although in 2016, a world arbitration court ruled that China had “no legal basis” for its claims. China has defied international arbitration and like a bully, still claims practically the entire sea. It bases the claim on the 9 dash line which it says go back 2000 years. Again, these historical claims are as absurd as it comes, but the funny bit is that the historicity is also not accurate. Simply put, the claims are based on imagined history.

The Chinese were always a land-based civilization and have never looked towards the sea in their entire history except in small pockets of the period under the Han, Southern Song dynasties and first few decades of Ming dynasty, at all the other times, the trade was carried by the Arabian & Indian traders with the permanent presence of successive dynasties and people of Philippines and Vietnam in the Sea. One of the examples is that the sea was once called the Champa Sea or Sea of Cham, after the maritime kingdom of Champa that flourished there before the sixteenth century and was based in Vietnam.

Beijing’s is covering the strategic interests and vulnerabilities with the façade of historical claims and 9 dash line. About 90 per cent of China’s 2016 maritime crude oil shipments were transported through the South China Sea. It is all about securing its energy supplies which can be under threat by India or South-East Asian countries in case of any Chinese shenanigans.

China is very assiduously using its money & muscle power in tandem to create a strong narrative in its support. It is funding a lot of experts, think tanks, universities, mainstream media organisations all over the world. But there is just one problem, all of this is based on the shaky pillars of lies and deceit which most certainly will crumble in the face of truth and hard facts.

China is trying its level best to keep the ASEAN nations bickering among themselves by using Cambodia and Laos as Chinese pawns. One thing South East Asia has learnt from a long history of its cultural association with Indian civilization & dark colonial past is that there may be a plethora of differences but whenever the sovereignty of the region is under threat, these countries have time and again came together to the region’s rescue.

As things are looking, the time is ripe to confront China at the battle of perceptions in the South China Sea. Every ASEAN country involved in the region should name its Exclusive Economic Zone and all the ASEAN nations should collectively recognize it. The ASEAN nations are sure to get the support of the QUAD countries (India, Japan, USA and Australia) given the current geopolitical scenario, and the image of China in shambles it is the most opportune time. The ASEAN nations should put all the weightage of all ASEAN institutions, think tanks and build a common perception of the South China Sea in cooperation with other world powers be it QUAD members, European Union among others.