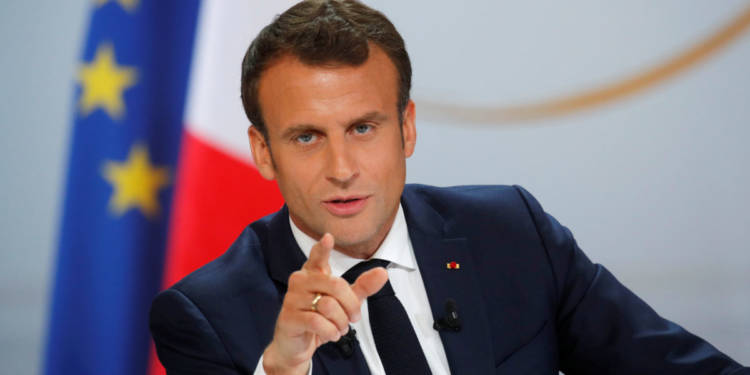 French President Emmanuel Macron on Friday unveiled a plan to defend France’s secular values against radical Islam, announcing stricter oversight of schooling and better control over foreign funding of mosques. Not only that, Macron described Islam as a religion “in crisis” worldwide, and insisted that “no concessions” would be made in a new drive to eradicate extremist religious teaching in schools and mosques.

We at TFI had predicted this long ago that Macron was preparing to throw the kitchen sink on the radical Islamists which threatened to damage France through terror and separatism. In doing so, he has sent a stern message to the rest of Europe that tooting the horn of liberalism is going to pay no dividends as radical Islamists continue their onslaught in the continent.

“Islam is a religion that is in crisis all over the world today, we are not just seeing this in our country,” said  Macron in Les Mureaux, a town outside Paris with a historically large immigrant population. In the keenly awaited speech, Macron further said that the minority of France’s estimated six million Muslims were in danger of forming a “counter-society”.

Among the new law’s provisions, there will be closer scrutiny of the curriculum at private schools and stricter limits on home-schooling for reasons other than a child’s health problems. Mr. Macron stressed that the measures did not seek to stigmatise or alienate France’s Muslims but to bolster “our ability to live together.” He called for a better understanding of Islam and said the problem of radicalisation was partly a product of the “ghettoisation” of French cities and towns where “we constructed our own separatism.”

After the Sweden riots in August, where Islamic fundamentalists tried torching and destroying everything that came in their way without any regard for law and order—a sort of movement had started beginning to shape up against the threat of radical Islam in the continent. France under Macron has now spearheaded the aforementioned campaign.

Macron’s newfound distaste for political Islam is not without reason. There is a growing concern in France about the influence of Islamist radicals in the backdrop of multiple terror attacks the country has faced in the last two years.

Be it the ghastly November 2015 Paris terror attacks which killed 130 people or the Nice truck attack in 2016 or the several knife attacks every year, and encounters with extremist ideologies, Macron has done a complete volte-face when it comes to tackling the illegal immigrants.

The final straw that broke Macron’s patience was the recent knife attack by a man named Ali Hassan who stabbed two employees of TV production agency Premieres Lignes, whose offices are in the same city center block that used to house the magazine Charlie Hebdo.

The extent of radicalism could be gauged from the fact that the father of Ali Hassan was “proud” of his son. In an interview with the web-based channel Naya Pakistan, the father said his son had “done a great job” and he was “very happy” about the attack.

The French satirical newspaper Charlie Hebdo had also got approval from Macron for republishing the controversial cartoons of the Prophet Muhammad to mark the start of a trial of suspected accomplices of terrorist gunmen who attacked its offices in January 2015.

Macron in a speech whilst extending his support to the magazine’s decision had remarked: “It’s never the place of a president of the Republic to pass judgment on the editorial choice of a journalist or newsroom, never. Because we have freedom of the press,”

Europe, which once tooted its own horn of liberalism by welcoming refugees from the war-torn areas of middle-east and Africa, has now woken up to the existential threat that has been staring right in its face in the form of radical Islamism.

Macron rode to victory in the 2017 elections on a “neither Left nor Right” platform but is now actively drifting to the ‘right’ side. With elections coming up hot in 2022 and Macron more than ever looking to come back in power, it seems like the leader is pragmatically switching camps. Taking on the radical Islamists is a sure-shot way to gain votes of the conservatives and the right-wing voters.

Japan and Taiwan haven’t exactly been the best of friends, but China is bringing them closer

China won the South China Sea without firing a single bullet. It tried the same trick with India. A blunder