Japan and Taiwan haven’t exactly been the best of friends, but China is bringing them closer 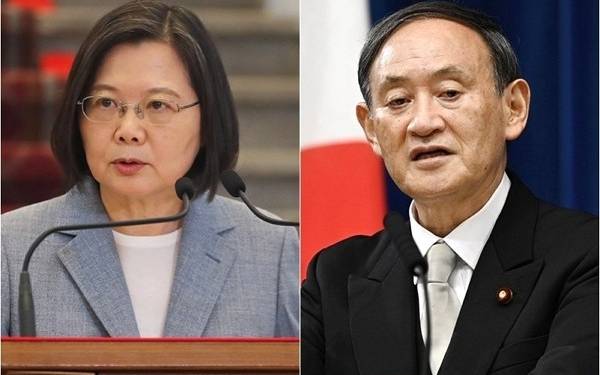 China has left no stones unturned to woo the newly appointed Japanese Prime Minister Yoshihide Suga. It hoped for a reset in Sino-Japan relations, but with all that is happening, Japan has certainly taken a pro-Taiwan tilt and it continues to follow the direction of the Shinzo Abe era foreign policy.

Recently Japan’s former Prime Minister Yoshiro Mori visited Taiwan to attend a memorial service for former Taiwanese President Lee Teng-Hui. He stated in his meeting with Taiwan’s Tsai Ing-wen that, “If there is an opportunity, he (Yoshihide Suga) would like to speak (with Tsai) over the phone”. This sent shockwaves in the realm of East Asian Geopolitics.

China responded with lightning speed, criticizing even the thought of it. With the message being sent loud and clear, Japan and Taiwan also made a tactical retreat, and Tsai Ing-wen said, “we also don’t have any plans at the moment for a telephone conversation. However, both sides maintain a cooperative relationship … and we will discuss things whenever we need to, so communication … will continue.”

This is a signal of Japan going against China. If it happens, it would be the first direct conversation between Japan and Taiwan’s head of states after Japan formalised its relations with China in 1972.

Taiwan and Japan have not had the best of relations, be it the colonial past or the issue of the Senkaku Islands. However, courtesy to the aggressive military manoeuvring of China, the differences seem to be fading and Yoshihide Suga, just like his outreach to South Korea, is looking for mending ties with Taiwan and creating a solid anti-China, anti-communist front in the East and Southeast Asia.

Taiwan has been claiming the Senkaku Islands as long as China has, it is one of the issues which provides legitimacy to the Republic of China (Taiwan) as a claimant to be the real representatives of mainland China. It is a very precious bargaining chip, but in the face of a belligerent China and a conciliatory Japan, there can be some diplomatic solution to the problem with Taiwan for a while. Furthermore, with the influence of the current pro-independence government in Taiwan, the final solution may very well happen anytime soon.

The USA is strongly standing behind Taiwan with increasing its arms sale for the Island nation manifolds. It is expecting US allies to become well-knit brothers in arms and this is where Suga-san’s proactive approach is coming in handy. The most concrete signal of the anti-China shift was the appointment of Nobuo Kishi, who is known for his affinity towards Taiwan. He is also a younger brother of Abe-san and thus we can say that the hawkish tendencies towards China of the Abe era foreign policy will remain intact.

PM Suga is going the extra mile to reconcile differences among the allies under US Hub and Spoke model and try to proactively re-establish the depleting US alliance system in East Asia. He has called on the South Korean and Taiwanese leaderships to increase engagement mutually and he is visiting Vietnam and Indonesia, without sparing care for Chinese sentiments.

China has had a tendency of playing the geopolitical game on edge and this time it has crossed the line with its relentless violations of Taiwan’s sovereignty. It looks frustrated in the face of the ever-growing proximity of Taiwan to the United States, with continuous visits from US officials and senators to Taiwan and sentiments favouring the island nations on the rise in the USA.

The COVID-19 situation as per China was its window of opportunity to flex its might and show the world who is the boss. However, with Suga san’s gameplay, Xi Jinping must be sweating with his master plan going down the drain and Japan rising to the occasion as the real responsible power in East Asia. And dare I say, as the things are shaping out to be, it is possible that Yoshihide Suga with Narendra Modi in South Asia may create a multilateral understanding to challenge and subdue China at its borders.

Japan and Taiwan may not have been the best of friends, historically Taiwanese have considered Japan a lesser evil during their colonial period than the Chinese during their inquisitions of non-communists, cultural revolution and China’s deep racism against non-Han people.

Keeping all this in mind one can say that, Japan and Taiwan are coming closer than one could have ever imagined. And as Suga-san is bringing a fresh perspective on the same realist lines of Shinzo Abe. It will be a tectonic shift if Tokyo is able to bridge all the differences and the East Asian Democracies are able to form a united front and with Xi Jinping, at the helm in Beijing, it now looks a near possibility.

After Japan, USA’s big rare earth push will snatch another monopoly from China