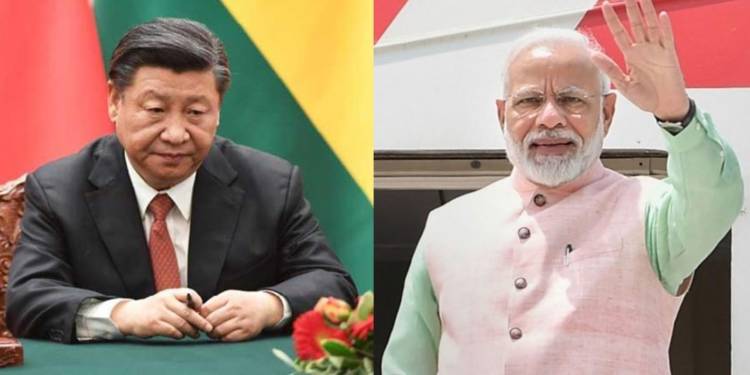 As Sino-India rivalry hits new highs, New Delhi has started a major diplomatic offensive against Beijing. India is building up massive diplomatic clout to diminish Chinese influence from one region at a time from Southeast Asia to South Asia and Africa. Over the recent past, India has become the common factor in reducing Chinese influence alongside QUAD allies like the US and Japan, or its traditional ally, Russia.

The United States, for example, is joining hands with India in South Asia to form a common front against China. On Wednesday, the US and Bangladesh held a high-level consultation on economic partnership through a virtual platform. The meeting illustrates how New Delhi and Washington are looking to pull Bangladesh in their axis, at a time when Beijing has been warming up to Dhaka, giving worrying signs of Bangladesh falling for growing Chinese influence.

And then Bangladesh is not the only South Asian country where the US has sought to expand its influence in a bid to kick out China. Even in case of the Maldives, a traditional Indian ally, where China has been trying to eat up into Indian space, New Delhi and Washington have come together.

Recently, it was reported that the US has signed a framework for defence cooperation with the Maldives with the intent to deepen engagement in support of maintaining peace and security in the Indian Ocean and cull the threat of Chinese encroachment.

While the US and India seem to have drawn the Maldives away from China, Bangladesh could be about to be pulled away from the paper dragon. Even in the case of Colombo, India and the US are trying to pull the island nation into their own axis and kick China out of the strategically located country.

India is, therefore, telling its South Asian neighbours that if they choose India over China, then the US will also come along. These South Asian nations would, of course, be tempted to choose two giants instead of a single giant in China.

As such South Asia is a region of Indian influence. But India’s diplomatic offensive against China isn’t limited to this part of the world. New Delhi is also looking to contain China in Southeast Asia, which Beijing considers its strategic backyard. India’s ‘Act East Policy’ is its counter to Chinese unilateralism in Southeast Asia. In this part of the world, India and Japan have come together to woo countries of common interest like Myanmar, the Philippines and Vietnam.

And as a matter of fact, the Western Pacific in general and the ASEAN, in particular, is where the interests of the entire QUAD comprising India, Australia, the US and Japan converge together. Therefore, India’s heightened role in this region alongside its QUAD allies is an indicator of New Delhi’s commitment to contain Chinese influence amongst the ASEAN members.

In fact, India is the key factor in bringing the entire Indo-Pacific at a common understanding against China. Even Russia, which was once not even in the scheme of things as far as the free world is concerned is getting involved with New Delhi’s initiative. New Delhi is bringing Moscow on a common platform along with India and Japan, with special emphasis on the Russian Far East, which the paper dragon has been eyeing for its own energy needs and connectivity ambitions.

In fact, Russia itself is teaming up with India to kick China out of Africa, another region that holds immense strategic significance and diplomatic foothold.

In the month of May, India’s Ircon International Limited, a Miniratna PSU under the Ministry of Railways has signed an MoU with ZD International LLC, a subsidiary of state-owned Russian Railways Company. The MoU aims at exploring the opportunities for the development of railways and other infrastructure projects in Asia, Africa and Latin America.

The MoU signed by State-owned entities of India and Russia runs against Chinese President’s flagship Belt and Road Initiative that aims to grab control of connectivity junctions and strategic regions across the world.

As such, India is emerging as China’s biggest adversary. New Delhi is becoming a junction of sorts. Any global power that perceives threats or tensions in Beijing looks up to India for cooperation. And India has no qualms in playing the role of the biggest China hawk in the world. Whether it is ASEAN, South Asia or Africa- India is the biggest, common factor behind the paper dragon’s grand downfall.

Justin Trudeau is a changed man after a shameful defeat at UNSC. His latest actions against China and Turkey prove that