With one push, Vladimir Putin is bringing Russia back to its Soviet days glory 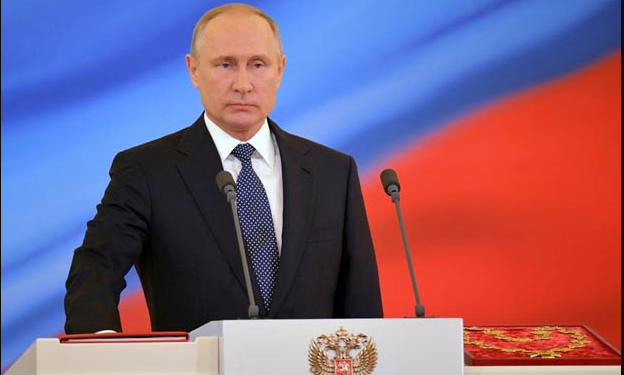 China has successfully exported COVID-19 to every single corner of the world. And now, Russia is using the crisis as an opportunity to snatch back the geopolitical influence that Moscow had lost to Beijing in the post-Soviet era. While China manufactured the Wuhan virus, Russia manufactured the first Coronavirus vaccine to get registered in August this year. The vaccine has been christened Sputnik V, a reference to world’s first satellite- Sputnik that was launched by the erstwhile Soviet Union.

That Putin is trying to make Russia as mighty as the erstwhile Soviet Union is clear from the name of the vaccine. The vaccine is targeting to be as much a geopolitical instrument, as a public health emergency solution. But this time it is not targeted at the United States. Russia isn’t even competing with the American sphere of influence; rather Moscow is only trying to win back influence in post-Soviet States. Therefore, the vaccine is being targeted more into Central Asian and Eurasian countries like Moldova and Kazakhstan.

Had Russia wanted to compete with the US, it would have tried to sell its vaccine to American allies. But Moscow seems more interested in kicking China out of countries which Moscow perceives as its exclusive sphere of influence.

For decades, Central Asia and other parts of Eurasia have been overshadowed by Russian influence. But of late the Dragon has been eating into Russian space, especially with the advent of Xi Jinping’s flagship Belt and Road Initiative. Russia cannot tolerate such acute Chinese interference.

Therefore, one would notice that most Eurasian countries with special emphasis on Central Asia have come on Russia’s radar when it comes to supplying Sputnik V. Within Central Asia, Kazakhstan that has recorded around 1,41,000 cases decided to buy the Russian vaccine in August itself.

Similarly, in Uzbekistan, a privately owned Uzbek pharmaceutical company had reached an agreement with the Russian Direct Investment Fund last month to supply the Central Asian country with up to 35 million doses of Sputnik V in 2020 and 2021. Tajikistan, another Sino-Russian flashpoint, is also believed to be in talks with Moscow for the purchase of COVID-19 vaccine.

Moscow itself is leaving no stone unturned in reaching out to Central Asia with its COVID-19 vaccine. Last month, Russian Deputy Prime Minister Alexey Overchuk said that supply of the Russian Coronavirus vaccine to Kyrgyzstan would be considered a priority matter.

Even outside Central Asia, Russian vaccine is aimed mostly at either containing China or regaining Russian stronghold over the post-Soviet States. Therefore, Moldova, which too had broken out of the erstwhile Soviet Union, had officially requested Moscow to provide information about Sputnik-V so that it could consider importing the Russian vaccine once it hit the markets.

Moldovan President Igor Dodon had said, “We’re maintaining contact with all countries which have said that they are developing or have developed a vaccine, particularly the Russian Federation. We remain in touch, and we have officially reached out to our Russian partners, who have already said that they are about to begin mass production of a vaccine. We expect that, when they begin exporting it and when it’s permitted by international standards, this vaccine will also be supplied to Moldova.”

Moreover, there have also been reports of Azerbaijan considering purchasing the Russian COVID-19 vaccine. Azerbaijan is again a post-Soviet State that has developed proximity to both Turkey and China in the recent past. The Russian vaccine could, however, put Baku in a fix.

Russia’s vaccine programme promises to be a big game-changer, and Putin is reaching out to every possible country where China is trying to eat into Russian space. The Russian President has also said that Belarus would be one of the first countries to get the Russian vaccine.

Even apart from the post-Soviet States, Russia is targeting China’s budding enemies like the Philippines and Vietnam, both of whom have evinced interest in the Russian vaccine. Moscow is, therefore, also giving much-needed relief to China’s arch-foes in the South China Sea region.

With its COVID-19 vaccine, Moscow has found a stick to beat China. And Putin seems to have no qualms about winning back his allies and emboldening China’s enemies with his vaccine outreach. Putin is, therefore, bringing Russia back to its Soviet glory at the expense of China.

Is Turkey about to be thrown out of NATO? There are some solid hints

After Sri Lanka and Maldives, India is all set to free Myanmar from Chinese grasp