Is UK planning to come to the South China Sea to take on China? Post-BREXIT, definitely

China could have yet another enemy in the South China Sea 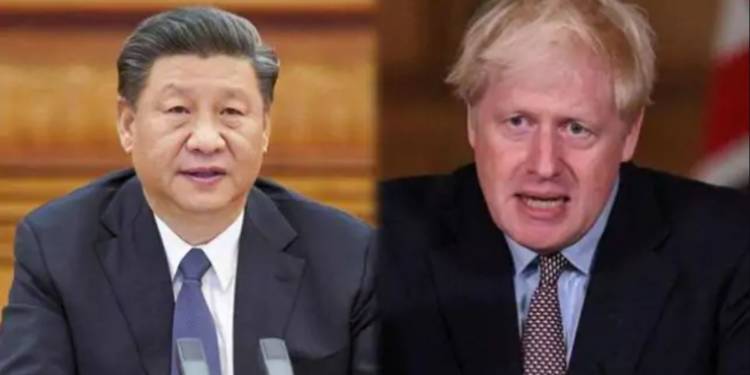 Till now, Britian was just another American ally which had a general interest in ensuring a free and open Indo-Pacific region that includes the South China Sea. But the BREXIT is going to change things drastically. As the UK parts ways with the European Union (EU), a large chunk of British trade would shift towards the Indo-Pacific region and securing the South China Sea region will become indispensable for London.

In fact, the United Kingdom’s interests are drawing it closer to the South China Sea already. The threat of a “no-deal” Brexit is pushing the UK to look towards Australia and New Zealand for new trade deals. At the same time, the UK has also secured a post-BREXIT trade deal with Japan. Both these deals mean that more and more British maritime traffic will have to pass through the Asian and Pacific regions.

The shortest route between the UK and Japan is 13,000 nautical miles which passes through the strategically located Strait of Malacca- a narrow chokepoint in the Indo-Pacific and the hotly-contested South China Sea.

Moreover, the UK is bound to look towards the fast-growing Southeast Asian region. In fact, Vietnam and Britain are already working towards a proposed trade deal, which means that Britain is looking at trade routes located directly in the South China Sea.

Going ahead, Britian will try to expand its trade relations with other ASEAN members such as Myanmar, Malaysia, Singapore and Thailand. As British interests in Southeast Asia will grow, it will also have to take care of the trade routes in the heavily guarded South China Sea.

A no-deal Brexit, if it happens, would mean that there will be no agreements between the UK and the European Union (EU) regarding the future London-Brussels relationship. In such a scenario, the Boris Johnson administration would have to look towards the rest of the world for taking the British economy forward. And it would ultimately mean that the UK will be eyeing the Indo-Pacific region which is currently the centre of global growth.

Presently, 12 per cent of Britain’s total trade passes through the South China Sea and the Pacific Ocean but once the BREXIT happens, the statistics will change drastically. The UK will be trading pre-dominantly with countries like Japan, Vietnam, Australia, New Zealand and probably Indonesia and Malaysia also. As a result, the Pacific Ocean and South China Sea would carry a much larger share of British trade.

The Boris Johnson administration itself understands that Britain’s future will have to be dominated by the Pacific region. According to SCMP, Britain seems increasingly likely to join the Comprehensive and Progressive Agreement for Trans-Pacific Partnership (CPTPP), the third-largest free trade area in the world by GDP. It would be the most generous way for the United Kingdom to show its intent in playing a bigger role in the Pacific region.

However, as Britain would aim to become a trading power in the Pacific region, which encompasses the South China Sea, its obligations to patrol waters and safeguard trade routes in this part of the world would also increase. Recently, when the US Secretary of State Mike Pompeo visited the UK, he did speak about Chinese activities in the South China Sea, which can also be read as a signal of the bigger patrolling role that the UK might be supposed to play in the strategic waterways.

From within Britain, there have been signs of a desire to play an enhanced role in the Pacific region. Earlier this year, The Times also reported that British military planners had formulated plans for deploying the HMS Queen Elizabeth carrier in the Pacific as a part of an international alliance to confront Beijing. From a British perspective, any Pacific deployments would be naturally targeted at the South China Sea.

The UK therefore seems to be coming to the South China Sea to tame the paper dragon, as London prepares for a post-BREXIT trade strategy with special emphasis on the Pacific region.