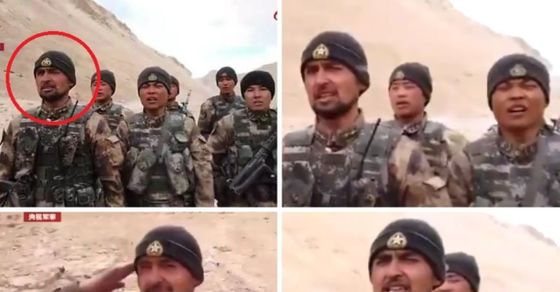 Having faced one humiliating defeat after the other along the Line of Actual Control (LAC) in Eastern Ladakh, the Chinese People’s Liberation Army (PLA), with the blessings of its owner – the CCP perhaps, is seeking help from Pakistan, China’s client state, to somehow take on India and maintain power symmetry against the battle-hardened Indian forces. Earlier, it was reported that the PLA Air Force was using the Skardu airbase developed by Pakistan, in occupied Gilgit-Baltistan, for which the Indian Air Chief Marshall RKS Bhadauria even took a dig at China, suggesting that such moves of the Chinese tell us a lot about their capabilities.

“Whether China will use Skardu is an open-ended question. But if China needs Pakistan’s help to confront us, I have nothing to say. If Skardu gets used by China and we are in conflict with China, then it’s a collusive threat. And we will deal with it accordingly,” the Indian Air Force Chief said.

The statement by the IAF Chief gains significance in the backdrop of recent revelations of visible collusion between Chinese and Pakistani forces to take on China, hence cementing the prospect of India facing a real-time two-front threat. In a video posted by a ‘Chinese journalist’ on Twitter, a bearded, well-built and non-Chinese man in military gear is seen lip-syncing to a Chinese tune along with his Han-comrades somewhere close to the LAC with India. The Chinese journalist also suggests that some of the soldiers seen in the video might have been involved in the unsuccessful Galwan valley guerrilla attack which the PLA undertook.

In the 52-second-long video, a bearded man can be seen in the frame from the right at 0:05. His facial features are completely non-Chinese, which has sent many Open Source Intelligence enthusiasts into a tizzy, who all seem to agree that the PLA is taking help from Pakistani forces to better take on India, especially in the sphere of mountain warfare, since, such is the condition of the Chinese forces that even their Pakistani friends are better suited to take on the Indian Army’s specialised mountain strike forces.One OSINT analyst said that the bearded man might be a Special Service Group (SSG) commando from Pakistan.

China also has the additional headache of fighting the Special Frontier Force (SFF), a covert and highly specialised force of India, comprising of Tibetan refugees, who are all looking for an opportunity to thrash the living daylights out of the pompous PLA troops and their CCP masters. Meanwhile, an intelligence report has also flagged the possibility of China installing surface-to-air missiles and developing military sites for the same to aid Pakistan in taking on India along the Line of Control. “The construction work for the installation of surface-to-air missile defence system was being carried out by Pakistan Army and PLA at Pauli Pir near Lasadanna Dhok of Pakistan-occupied Kashmir,” said the intelligence report.

It is thus clear that both China and Pakistan are using each other and collectively milking from their distinct capabilities. While Pakistan is trying to aid China to take on India’s highly specialised and skilled mountain strike forces, the red rogue country is, in turn, helping its client state to build up military infrastructure to defend itself when the inevitable offensive by India to reclaim Pakistan-occupied-Kashmir and Gilgit Baltistan does come. The inept Chinese forces, meanwhile, are learning from among the world’s worst forces. This collusive anti-India alliance is bound to bite the dust in the near future.