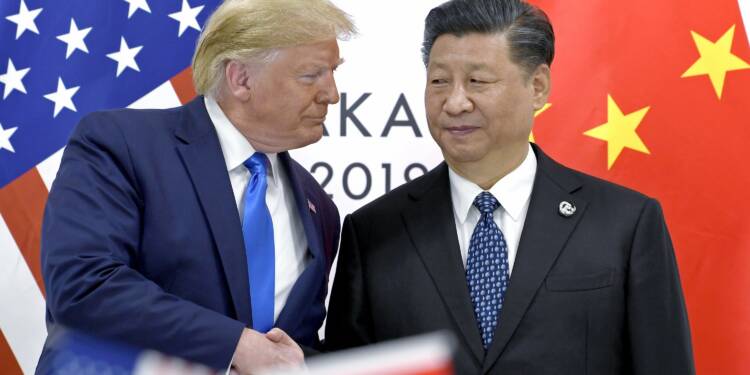 The US will go to polls after 18 days. And this time, China is just as deeply interested in defeating the Republicans, like the Democrats. In fact, China has shamelessly campaigned for the Democratic Presidential nominee Joe Biden. So, the next 18 days could be the most difficult phase in Xi Jinping’s life, as any Chinese misadventure would bolster Donald Trump’s victory prospects. Therefore, the US is free to do what it wants, but Jinping will stay mum.

In fact, as per a latest HT report, some experts believe that the Trump administration is applying the squeeze on China, hoping that a potential international incident helps Trump gain more popularity just ahead of the Presidential polls. We don’t know if Trump wants an international incident or not, but both Jinping and Trump would certainly understand that there is no better poll campaign than a military conflict. Therefore, China will not react to increasing US pressure for the next 18 days, no matter what.

Moreover, in the present American political context, a US-China conflict ahead of the American Presidential polls would be a game-changer. Ever since China’s dirty pandemic secrets started coming out, Trump made a huge political issue out of China. Later, when China turned belligerent, the Trump administration started rallying the entire free world against China. And therefore, China also became an electoral issue for the Republicans in the run-up to the upcoming Presidential polls.

But what were the Democrats doing? They were busy demonising Russia and giving hints of Sinophilia. Biden himself went as far as criticising Trump’s tariff war, which is ransacking the Chinese economy. China, therefore, loves Biden and hates Trump. The Democratic Vice-Presidential nominee went a step further and called Xi Jinping more popular than Trump.

If a US-China confrontation was to take place from here on, then it would only corroborate Trump’s stand that China is the biggest economy of the United States of America. Just ahead of the Presidential polls, American voters will also get to understand how their President is the one standing up to the real enemy and that the Democrats won’t really show the same intent to punish the paper Dragon.

As we told you earlier, the Chinese Communist Party is as interested in the US polls, as the Democrats themselves. And therefore, it will show restraint until the American Presidential polls conclude. Within the Trump administration, the pre-poll dynamics have actually resulted in a more aggressive China policy.

In fact, there have been recent instances where the US humiliated China, but Jinping simply decided not to react.

Take, for example, the Trump administration’s changing narrative on the issue of Sino-India military standoff at the Line of Actual Control (LAC), the de facto India-Tibet (China controlled) border. The American tone on the issue has changed from showing hope for a diplomatic solution between India and China to manifesting a sense of alarm about Chinese mobilisation and unequivocally backing India.

But Beijing did not really have an answer for the new aggressive stance taken by the United States. Similarly, when it comes to the island nation of Taiwan, the QUAD- an informal coalition comprising the US, India, Australia and Japan, has been concerned about growing US-China friction over the tiny island.

Ultimately, the US might look to dilute the “One China” principle. And if China remains reluctant to speak up in face of the upcoming US polls, then Trump could even make a move before the elections themselves.

For Trump, China remains a key poll issue. And now the Trump administration would understand that this is the right time to go after Beijing with full vigour. Ahead of the polls, Trump would be likely to mount fiercer attacks on China and Jinping will have to somehow tolerate the embarrassments coming his way.

The Xi Jinping administration knows that if Trump comes to power again, he will have no qualms in writing the CCP’s obituary. And therefore, it is in the CCP’s own interest to show restraint for the next 18 days. For the next 18 days, the US will humiliate China, and Jinping will mourn it silently.