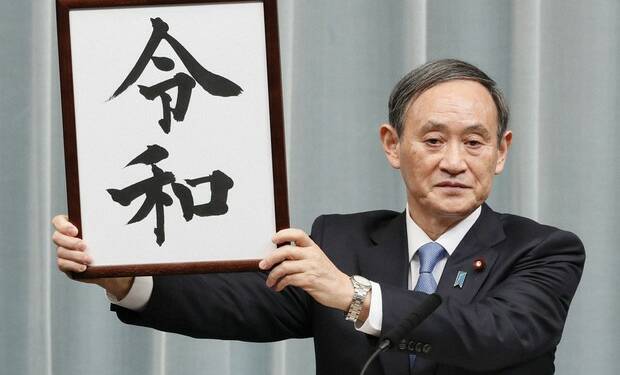 China’s belligerence has forced Japan to give up its post-World War-II Pacifism. Former Japanese Prime Minister Shinzo Abe was constantly looking to revisit his country’s Pacifist Constitution, apart from pushing annual hikes in the defence budget. And it seems that Abe’s successor Yoshihide Suga has started from where Abe left.

Japan is already turning into a defence capable defence power, and now Suga is looking to turn Japan into a major weapon-selling economy. As per the latest Asia Nikkei report, Japan is planning to sign an agreement that would enable it to export defence equipment and technology to Vietnam. With this agreement, Tokyo wants to achieve two things- firstly, it wants to shed its traditional reluctance in exporting arms, and secondly, Tokyo wants to gain more foothold in the Indo-Pacific region against China.

Security cooperation with Vietnam has been at the top of Japan’s agenda ever since China turned belligerent in the South China Sea, as well as Japanese waters near the Senkaku Islands in the East China Sea. In August, Japan signed a 345 million US dollars Liang agreement with Vietnam for providing six patrol boats to the Southeast Asian country.

But there remains a key hurdle in Japan’s ambitions to export military hardware to Vietnam or any other country for that matter. As a part of its post-war Pacifism, Japan had self-imposed a ban on exporting weapons.

In 2014, Abe lifted the de facto ban but the Government of Japan laid down the Three Principles on Transfer of Defense Equipment and Technology, which mandate that Tokyo would not sell weapons to a party involved in an international conflict, that defence transfers must make a contribution to Japanese security, and that the recipient will not sell arms to a third party without Japan’s consent.

In actual practice, Tokyo can export arms only to those countries which sign agreements that officially accept Japan’s Three Principles on Transfer of Defense Equipment and Technology. Till now, Tokyo has signed such agreements with nine countries including the US, the UK, the Philippines and Malaysia. And now, Japan is also looking to make a move towards Vietnam- China’s arch-nemesis in the South China Sea.

Japan’s defence exports industry has, however, moved ahead slowly. Many domestic companies in Japan are involved in the production of military hardware like patrol planes. But some of the manufacturers have started exiting the demanding industry that consumes a lot of time and cost in developing products. Now, Japan’s Ministry of Defense is looking to bolster the defence industry by promoting arms exports and joint arms development with other countries.

The Suga government needs to augment defence exports if the budding defence industry has to be sustained. Till now, Tokyo did not make much of an effort to augment its defence industry. Since Abe lifted the ban on defence exports in 2014, Japan’s only export deal for a finished military product has been its agreement to supply a warning and control radar system developed by Mitsubishi Electric to the Philippines.

However, now China’s belligerence across the Western Pacific is compelling Tokyo to become a defence exports behemoth. The Japanese government is looking to tap into the growing Southeast Asia demand for weapons, which has been fuelled by China’s belligerent moves in the hotly-contested South China Sea. Submarines, patrol boats, patrol planes and radars, Japan can sell a variety of defence products to Southeast Asian nations.

In fact, Vietnam is not the only country on Japan’s radar, as it is also negotiating an agreement for defence equipment transfers with Indonesia and Thailand. Japan’s defence export plans are rather ambitious. Ultimately, Japan will look to sign more and more of such agreements that enable Japan to export its defence equipment, thereby paving way for Suga to realise his country’s growing weapon-selling ambitions.

As a part of its defence export ambitions, Tokyo also stations two defence attaches at Japanese embassies in the Philippines, Vietnam and Malaysia. These attaches are supposed to gather information and build rapport with local actors in order to further Japan’s weapon-selling ambitions.

For Japan, selling weapons is not just an economic consideration. Japan has two major foreign policy goals- one, securing itself from an expansionist China, and two, securing a free and open Indo-Pacific. This is why Japan is trying to wear down China by empowering the paper Dragon’s enemies in the region like the Philippines, Vietnam, Thailand and Malaysia.

China’s belligerence has forced Japan to give up Pacifism, and now Tokyo is going to rise as a huge defence exporting power, much to China’s chagrin.