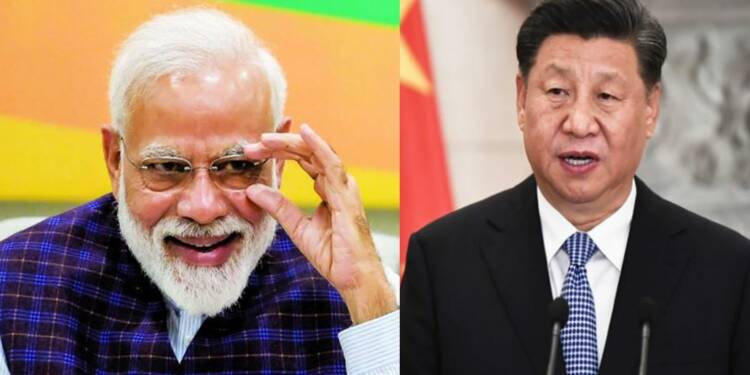 India is using its free speech to humiliate China and make Beijing’s vision of ‘One China’ policy a matter of derision. In fact, China’s lack of understanding about how a vibrant democracy works, and what freedom of speech really implies, has led to India embarrassing China before the entire world. The biggest casualty for Beijing is, of course, the erosion of ‘One China’ policy by the Indian mainstream and social media.

India’s assault on the paper Dragon’s ‘One China’ policy really started with Beijing’s insistence that Taiwan isn’t an independent nation and that India shouldn’t foster deeper ties with Taipei. However, the Indian media and social media have refused to go by Beijing’s diktat and now China seems to have been rattled by how India’s public narrative is destroying the ‘One China’ policy.

In fact, China keeps making the same mistake over and over again. Recently, for example, India Today TV, an Indian news channel interviewed Taiwan’s Foreign Minister Joseph Wu. Issues like the need for UN recognition of Taiwan or Chinese aggression on all its fronts or closer Indo-Taiwan ties were discussed. The interview was too uncomfortable from Beijing’s point of view. And therefore, Beijing did what it does the best- suffer meltdowns and issue threats.

Chinese Embassy couldn’t hold its horses. Soon after the interview was broadcast, Ji Rong, spokesperson for the Chinese Embassy in India was quoted by CCP mouthpiece Global Times as saying, “It (the interview) seriously violated One-China principle and provoked China’s bottom line disregarding long-standing position of the Indian government.”

She added, “All countries that have diplomatic relations with China should firmly honour their commitments to one-China policy, which is also the Indian government’s official standing.”

China simply doesn’t understand that the Indian media is free to pursue whatever narrative it wants. In fact, Beijing doesn’t seem to have learnt anything from its past errors. A little more than a week ago, Beijing had also asked the Indian media not to go against the ‘One China’ principle ahead of Taiwan’s National Day on October 10. But what happened?

Indian mainstream and social media didn’t care for what China had to say. In fact, Indian media outlets made it a point to report extensively about Taiwan’s National Day only in order to prove the point that Indian news channels and newspapers will not take instructions from Beijing or the Chinese Embassy in India.

Therefore, Taiwan’s National Day turned out to be quite an embarrassment for Beijing. Posters wishing Taiwan a happy National Day were put up outside the Chinese Embassy and also across the high-security diplomatic area of Chanakyapuri, New Delhi by ruling BJP’s leader Tajinder Pal Singh Bagga. In India’s National Capital, the myth of ‘One China’ Principle thus got demolished before the Embassies and High Commissions of the rest of the world.

As for Taiwan, it has found a new friend in the world’s largest democracy following Beijing’s threats to the Indian media. Taipei is more than happy to find support for its independence and separate existence from a country of 1.3 billion-odd people. The sheer legitimacy that India brings to the Taiwanese cause is unmatched.

And when India’s Ministry of External Affairs said that there is “free media” in India and that can report as it “sees fit”, China thought that India was using free media as a pretext to bully Beijing.

In fact, Global Times reported, “The move came as Indian media advocated and supported the Taiwan island celebrating a “national day” and a spokesperson for the Indian foreign ministry defended India’s media’s right to publish its own views even if they don’t respect the one-China policy.”

What Beijing doesn’t understand is that Indian media outlets are free from State control and unlike Chinese State media, they are not bound to report whatever the government wants them to report. Indian media and social media have demolished the ‘One China’ myth and China is rattled. It is clueless about how to deal with the free speech ethos of the world’s largest democracy.