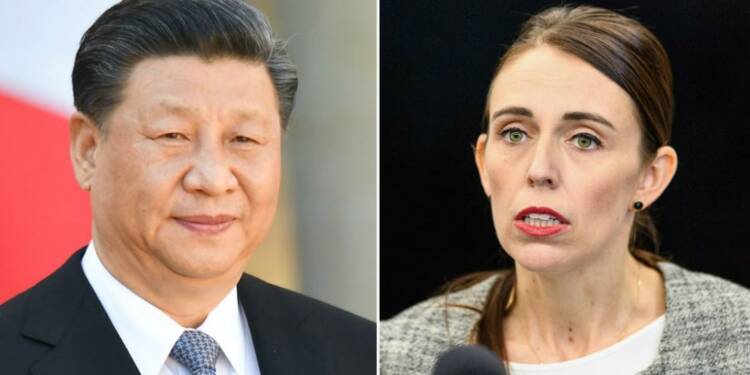 In New Zealand’s general elections, Jacinda Ardern’s Labour party has won over 49 per cent of votes while the runnerup was the National Party with 26.9 per cent of votes. These elections are a real concern for the free world, as the rise of Jacinda means the rising influence of China in New Zealand, one of the Five Eyes Nations.

The fact that she is dangerously idealistic, means her foreign policy will be bad for the allied countries. Here one should keep in mind that New Zealand was the only country which being part of the Five Eyes Nations did not condemn China on its Mao like implementation of the National Security Laws in Hong Kong.

Sky News Australia host James Moore has raised a very pertinent concern. He said that the possibility of New Zealand drifting into the orbit of the Chinese influence has increased manifold with this landslide election victory. This is because the only check on her, which was deputy Prime Minister Winston Peters as well as other coalition partners, are not needed anymore.

Thus, as Australia takes a further anti-China stance, having neighbours and allies like New Zealand going into China’s corner will complicate things for it. The Chinese gaining foothold in the geographical vicinity/neighbourhood of Australia should be concerning them.

It should concern New Zealanders too because Chinese influence comes at a price and many a time the price is too high. The leader of the calibre of Jacinda is not far-sighted enough to take on Communist China. She is the one who takes administration as a part-time chore and is more concerned about her image than the economy of the country and its national security.

New Zealand’s political system has been infiltrated by the Chinese Communist Party and may soon be sabotaged by it. The similar infiltration into the political systems took place in Australia too, but the Morris Government was far-sighted & resolute enough to take action against it. However, Jacinda either doesn’t understand the threat posed by China or simply doesn’t care. She has been more interested in her PR than anything else. Last year, she mistook China for Japan and in her opening remarks on her Tokyo visit she said, “incredibly exciting time for New Zealand in its relationship with China – excuse me sorry, with Japan.” She ended up blaming the jet lag for the Faux Pas.

Whatever the case may be, sinofication of New Zealand politics is a reality, and the most visible example of it is the case of ‘Zhang Yikun’. He moved to the country in 2000 and before that he served in the People’s Liberation Army (PLA) and now works as a philanthropist. Zhang has been in news for making donations to Jacinda’s Labour Party which is under the Serious Fraud Office’s investigation.

He has also made donations to the National Party, the country’s second-largest political party. The picture is crystal clear and it is that the Chinese Communist Party is trying to buy the political dispensation so that soon enough New Zealand can become a de-facto Chinese colony.

Even when all this is going on, Jacinda Ardern does not seem interested in looking into the extent of Chinese influence in the country. This brings us to a logical conclusion that either she is deliberately turning a blind eye towards the shinanigans of fellow Chinese communist comrades or she is really just a pseudo-liberal and does not understand world dynamics at all.

Either of the two possibilities is dangerous for the possibility of anti-China alliance in Indo-Pacific and sovereignty of New Zealand in particular. She is bad news for the free world because she is a part-time administrator, a Chinese stooge and a pseudo-liberal.