Sorry China, Vietnamese Americans are pushing for Trump’s victory with all their might and it’s working 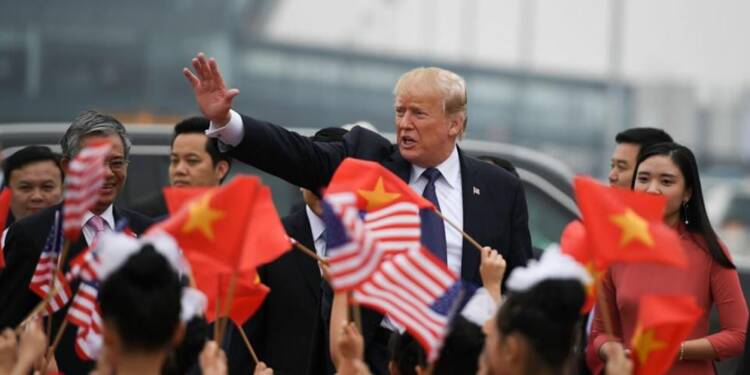 With just 2 weeks to go before the American election kicks off, things have started to turn sour for the democrat hopeful, Joe Biden. With no clear policy to limit Chinese belligerence in the South China Sea, Biden’s waffling has finally caught up with him, and from the looks of it, it seems that the Asian Americans have finally turned up on their support for President Trump. Of these, some of the most vocal Trump supporters are Vietnamese Americans.

For 1.3 million Vietnamese Americans, the threat of Chinese expansionism is very real. China has been violating Vietnamese sovereignty in the South China Sea and above that, for many Vietnamese-Americans who spent decades involved in advocacy against Hanoi, China’s rise has given them a fresh impetus to raise their efforts and awareness of the population to the importance of democracy, human rights, and the perils of communism.

David Tran, a Vietnamese American who campaigned most of his life against the communist regime in Vietnam, understands that Hanoi will never pursue international arbitration to resolve the dispute over the strategic waterway, claimed by China, which is essential to all the east Asian states in the region as it is home to valuable fish stocks and energy reserves and hosts a staggering one-third of the global shipping routes.

In 2016, at the international tribunal at Hague, the Philippines successfully argued that Beijing’s claim over the waterway, where Taiwan, Malaysia, and Brunei also have competing claims, were baseless.

Tran in an interview with the South China Morning Post added that “Vietnam and China shared the same communist ideology. “Taking a stronger stance means a break from that ideology, which may lead to a disruption of that same political order and governance structures. Vietnam and China are police states, with close cooperation between the two internal security apparatuses.”

Another Vietnamese-American democracy activist based in the United States, Will Nguyen, expressed, that the fight against Chinese expansionism was “deeply ingrained in the minds of nearly every Vietnamese person”.

So much anger has boiled over, that in a recent unofficial referendum hosted by more than 80 Vietnamese diaspora groups, Ninety-five percent of respondents said they favoured taking legal action against Beijing in International Courts.

It is not just the Vietnamese-Americans that are coming out to support President Trump’s hardline approach to China. Many Chinese Americans who oppose the communist regime back home and who had voted for Hillary Clinton in the 2016 elections have become the loudest voices for Trump. Pro-Trump group chats such as “Americans for President Trump” has flooded the Chinese multimedia messaging app WeChat.

These Asian Americans are self-made successful immigrants who do not rely on government handouts, and as a result, have joined the working-class white Americans in their support for their President.

Some Chinese Americans love to see the authoritarian party get bashed. These Americans draw a distinct line between their love for the Chinese people and the Chinese government, which they believe is being correctly targeted by Trump’s anti-China policies. While others are just happy to accept sanctions as long as it furthers the USA’s national interests.

The Asian Americans that have begun turning up for their President are also one of the Biggest donors to Trumps’ political campaign. They write blogs, articles, and try to gather support among their demography for Trump’s re-election.

Among the Asian Americans, it is not just the Chinese and the Vietnamese who have started to rally behind the President. Indian Americans, natural democrats have been put off by the Democrats’ uncalculated hostility towards the Indian administration and their inability to present a true policy to stop Chinese expansionism. The latest being Kamala Harris’s anti-Kashmir remarks after the abrogation of Article 370 in Jammu Kashmir, and Biden’s failure to promise strong action against China.

Other Asian Americans rallying behind Trump include the Filipinos, the Japanese and the Koreans who have all seen their countries of birth suffer extensively due to the China-induced Pandemic.

The Pandemic, China’s extremely aggressive diplomatic practices, its baseless claims over the South China Sea, and constant bickering with its neighbors have given rise to a feeling of discontent among the Asian American Diaspora. The Democrats’ vague and soft stance on China has once again swung the Election in Trumps’ favour. With rising anti-China sentiments just days before the elections President Trump’s hardline stand against China might just pay off.