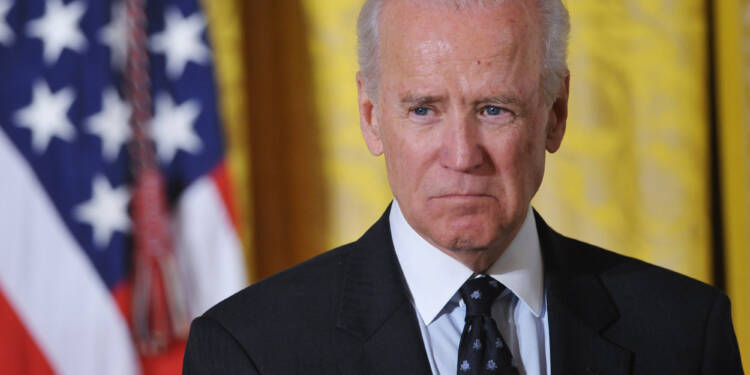 US Vice President Joe Biden watches as US President Barack Obama speaks during an event for the Council on Women and Girls in the East Room of the White House on January 22, 2014 in Washington, DC. AFP PHOTO/Mandel NGANMANDEL NGAN/AFP/Getty Images

Desperate times call for desperate measures. With nearly 60 million votes already cast in US elections via the early voting system, Democratic candidate Joe Biden is going all out to woo the American voters. This time his target is Indian-Americans, but for Biden, it’s a race against the clock.

At the last presidential debate, US President Donald Trump, hit out at India, for their “filthy air”. There was a lot of smoke, but the majority understood the comments as it were. India is filthy and we need to clean our air. But for Biden, things did not pan out as he had hoped for and thus, a few days later reiterated the remarks and launched another attack on the Trump campaign to win a few brownie points within the Indian-American demography. He said:

“President Trump called India “filthy.” It’s not how you talk about friends-and it’s not how you solve global challenges like climate change,” he wrote in a tweet, referring to Democratic vice-presidential nominee Kamala Harris.

“@KamalaHarris and I deeply value our partnership-and will put respect back at the center of our foreign policy,” he further added.

But for all of Biden’s wooing, Indian Americans have not forgotten the contempt with which Biden’s democrat party looks at India and the popular Modi administration.

Joe Biden and his aide Kamala Harris would’ve been hoping for an all-out victory among the Indian-American demography, given Harris’s Indian origin, but, that has certainly not turned out to be true. Joe Biden has gone all in, trying to swing back Indian-American votes, but he seems to forget that Indians do not forget. During his campaign, Biden has made scathing remarks on India’s CAA, NRC, and Kashmir, all three which India considers domestic issues. Biden had commented

“These measures are inconsistent with the country’s long tradition of secularism and with sustaining a multi-ethnic and multi-religious democracy.” It further read “In Kashmir, the Indian government should take all necessary steps to restore rights of all the people of Kashmir. Restrictions on dissent, such as preventing peaceful protests or shutting or slowing down the Internet, weakens democracy.”

The statement was posted on Biden’s official campaign website and was an attempt to attract the Muslim community to vote for him. After a huge backlash, the statement was later retracted.

To further placate the situation Joe offered to lift the temporary suspension of the H1-B visas if he comes to power.

Joe Biden is not India’s friend, never was, never will be. The statement consolidated the view. Joe Biden’s anti-India stance has been in full view from back in 1992 when he moved an amendment to the US senate council to block the $24 billion international assistance that the US was providing Moscow if it went ahead with the $250 million deal with India. The deal was for cryogenic engines which would have helped further India’s space program, but due to Biden’s untimely intrusion, it was pulled back for many years, probably decades.

Kamala Harris has been vocal in regards to India’s domestic issues too and it shows the democrat’s pro-Pakistan stand. Her constant criticisms of the Indian administration and their decisions regarding domestic issues has upset the potential voters. Her attacks on Indian policies regarding Kashmir have garnered a lot of backlashes. In addition, she also talked about sending a US ambassador to Pakistan, India’s sworn enemy, which would further irate the already divided community. She further observed that CAA, NRC, and India’s handling of Kashmir goes against “the fabric of US and amongst meritocracy.”

In September while answering a question on Kashmir, Harris remarked:

“It is about reminding people that they are not alone, that we are watching. Because, so often when we see human rights abuses, whether it be in this country or around the world, the abuser will convince those that they abuse that nobody cares and nobody is paying attention, which is a tool of an abuser. so that is part of what we would say. We are watching.”

“Under this administration, they have decimated the state department. decimated. So, as an example of that point, there is currently no ambassador to Pakistan and that needs to be addressed. If the United States in any meaningful way will have any influence on what’s happening in Kashmir, we need to have a representative on the ground.”

While the Democrats leave no stone unturned to attack India, they remain mum on Chinese violations along the LAC and border incursions and Pakistan-sponsored terrorist attacks in the valley, which should be alarming to the Indian-Americans hoping for a Democrat President.

While the Democratic party would’ve hoped that Indian-Americans, which constitute nearly 1% of all registered voters in the country, would rally behind them as they appointed Kamala Harris as their Vice President candidate. But this certainly has not been the case. In comparison to 2016, a large chunk of the demography has shifted its allegiance to Trump’s cause. And with election experts forecasting a very close election the tide has certainly turned in Trump’s favour.