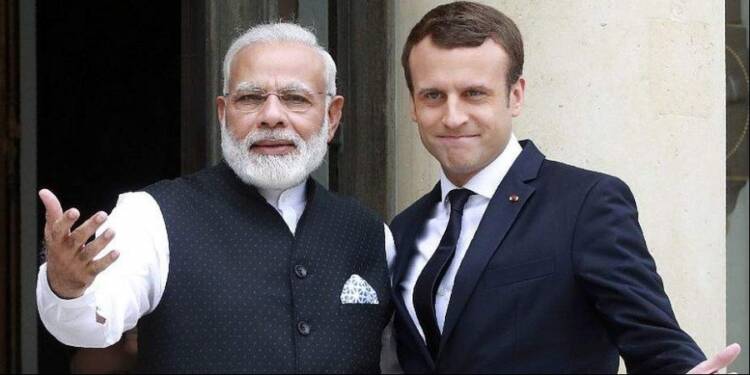 The year 2020 has been a landmark year for every human on the planet in several terms—the human race is fighting an invisible enemy, one billionth in size to the humans that has already taken the lives of over one million, and the country that unleashed the virus on the world is still not ready to own up its mistakes. As a result, the new world order has risen against the peril of the red communist regime, which until a few years back would have been an unthinkable proposition. However, the biggest change of the lot is that for the first time ever, the western world in tandem with the rest of the globe is mounting an aggressive offensive against the menace of radical Islamic terrorism.

It all started when a rampant China colluded with the WHO to lead the world into oblivion over the severity of the virus. The coronavirus pandemic brought a drastic change in the lives and economies of the country. Resentment against China started to build up and countries introspected about the influence the Chinese had bought in their countries.

Consequently, Australia, India, the USA, and countries in the European Union, started pulling the plug out of Huawei’s 5G plans of creating a worldwide surveillance net. The jolt was damaging and first, of the many, that was to come China’s way.

India took the charge and showed the world that it was possible to hurt Chinese interests on the economic front despite having a trade imbalance. Citing national security reasons, TikTok and several hundred Chinese espionage apps were booted out of the country. The USA soon followed the suit and a conversation began to unravel that Xi Jinping and his dragon could be tamed.  Furthermore, India gave a bloody nose to China on the LAC and showed that militarily too, the PLA troops are wussies in front of the superior Indian forces.

The metamorphism of the Quad from an informal alliance to a military alliance has been one of the biggest outcomes of the war with China. The Quad is the next big thing in the Indo-Pacific and South China region that can keep Beijing in check

Reported by TFI, the USA Secretary of State Mike Pompeo is now simultaneously pulling back no punches and trying to woo ASEAN away from China on the economic front.

This is why China is now talking about building a self-sufficient economy, one that is not dependent on exports, amid a hostile global environment

The European country of France has raked up similar sentiments against radical Islam and the countries tooting the horn of fundamentalism, viz. Turkey and Pakistan. Just the way China has been shown its place by a united world front, the radicalized Islamic world should brace itself for a similar beating.

Pakistan, Turkey, and the radical Islamic world are doing a great disservice to entire humanity by making Macron’s fight against Islamic terrorism as a fight against Islam itself. The call of the boycott of French goods is nothing but an elaborate maneuver to divert the attention from the dastardly serial beheadings in France.

France has become one of the biggest targets of Islamist terrorists ever since its feud with Turkey took off. However, there will be costs of what Turkey is doing—the threat of economic sanctions and global isolation is looming and its ally Pakistan will all but certain go down with it.

Turkey is fighting on several fronts including Libya, Eastern Meditteranean and with the advent of the COVID-19 pandemic, the economy of Turkey will not be able to hold onto the ‘Caliphate’ ambitions of its President Recep Tayyip Erdogan. The US has stopped its visa services to Turkey which could severely hurt Turkey’s tourism sector, Greece is also mulling taking economic actions on the Islamic country.

Mahathir Mohamad, the former Prime Minister of Malaysia, broke all barriers of human decency when he openly called for the slaughter of French people by Muslims. A senior political figure that remained on the top power position of a country for over 24 years, spewing venom like that only means one thing, power and position have no effect on radicalization. If a person is radicalized, it is very difficult to pull him back to the sane side.

Twitter, which is usually proactive in stifling even the slightest of took its sweet time in deleting Mahathir’s tweet.

France has received a booster shot of confidence in its fight against Islamic terrorism by getting the support of India, USA, Greece and several other countries.

New Delhi has made a significant foreign policy shift by officially coming out in support of France and President Emmanuel Macron. It is unprecedented because unlike earlier, when New Delhi used to make diplomatically non-partisan and non-substantial comments of maintaining peace, the Central Government has chosen its side in the dark war to come ahead.

And as Turkey rakes up one hostile front after another, relationships among countries that disagree with Turkey are budding. One of them is India-Greece bilateral relations as the Foreign Ministers of two nations held a virtual meeting just a week after Greek Defence Minister Nikos Panagiotopoulos visited the Indian Embassy and emphasised the need for stepping up increased military ties

The signals are obvious, France’s ally India is building a concert of like-minded European countries to counter Turkish belligerence.

A Turkish boycott is taking place. Saudi Arabia has condemned the killings and the subsequent rioting by Muslims around the world. “We reiterate the Kingdom’s utter rejection of such extremist acts that are inconsistent with all religions, human beliefs & common sense. We affirm the importance of rejecting practices that generate hatred, violence & extremism,” the Foreign Ministry of Saudi Arabia said.

There is a lesson for India too, if a country like France can show guts to bring a Uniform Civil Code-esuqe bill to nip the menace of Islamic terrorism then India can too.

ALL churches in France toll their bells in solidarity with the three victims of Izlamic terror in #Nice. If only all temples in India tolled their bells each time a Hindu died at the hands of a Muzlim fanatic! pic.twitter.com/JW0KiZd0xk

The new law @EmmanuelMacron is pushing for is on the premise of constitution above religion. One law for citizens of all faiths. Much like the Uniform Civil Code that the Indian govt is committed to. If a “centrist, liberal” western leader does the same,it makes a good precedent. https://t.co/hVZq9cefnh

The ideological fight against China, which soon turned into economic sanctions and military alliances has demonstrated the power of the democratic world, and what happens when powerful nations come together against a common enemy. The democratic world has the experience and the power to come together and decimate radical Islam. They have the strength to overwhelm extremist terror-sponsoring states like Turkey and Pakistan and if Macron gets the right backing in this war, then a major overhaul might be in the offing.