Suga is taking Abe's foreign policy to another level 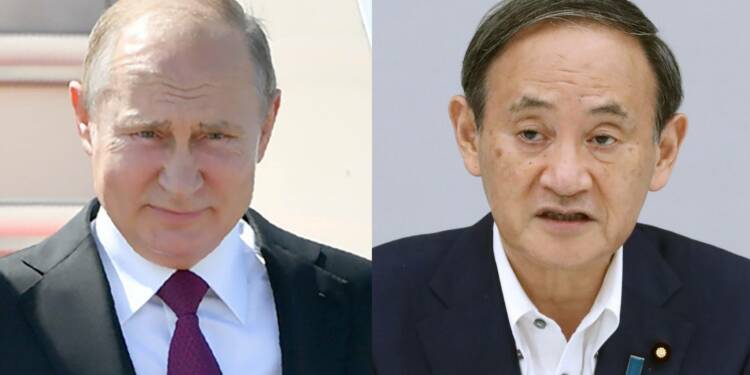 Japanese Prime Minister Yoshihide Suga is taking his predecessor Shinzo Abe’s proactive foreign policy to another level. He is not only strengthening ties with the friendly countries, but he is also trying to reset relations with countries where the bilateral ties are in a downturn. The Suga administration is following the same approach with Russia. He is likely to hit the reset button and try a fresh start in the bilateral relations with Russia rather than continuing a non-productive stalemate.

Prime Minister Suga has been working in the Abe administration since 2011 which gives him a better understanding of the complexities about the Russia-Japan relations and what possible approaches can bring a positive change in the relationship.

The timing is ripe too, as the Chinese claims to the Russian territories the Far East have woken up Kremlin to the Chinese expansionist threat. As Russia finds itself isolated in a corner with China, an accommodative Japan will be an asset for Russian geostrategic plans and will help Moscow from becoming overly dependent on Beijing.

Read more: Russia is stepping up military presence in its the Far East as China claims Vladivostok and rants about Indo-Russia friendship

During the Abe administration, Japan’s relationship with Russia and the dispute over the islands which Russia calls southern Kuril and Japan calls Northern Territories, were always coupled together. As Shinzo Abe’s attempt to utilize his understanding with Putin to solve the issue failed, these disputed islands became the very reason why attempts to improve bilateral relations between the two countries failed.

However, times have changed, and China’s aggressive posturing and belligerence have alerted all its neighbours including Russia and Japan. Russia is a realpolitik power, whatever it says should not be taken on the face value but should be considered based on its actions.

The border tensions between Russia and China have been brewing from a very long time and the recent commentaries in China which laid claim to the Far Eastern territories of Russia have made Moscow reassess its foreign policy and scrutinise its ties with Beijing. It has been earlier reported by TFI, about how China is trying to make Russia a second fiddle to its global ambitions by stealing Russian defence technology and even becoming a roadblock in Putin’s vaccine diplomacy.

Read more: China is using the WHO to promote its Vaccine and bury Russia’s COVID vaccine

The Russian media has time and again shown how the Chinese investments in the Far East have been accompanied by mass Chinese migration, which has further created fears in the people inhabiting this region. All of these combined with the territorial claims creates a very dangerous situation.

It is where the Japanese Prime Minister’s new approach towards Russia-Japan relations will become very important. In his first press conference after assuming office Suga talked about building a stable relationship with Russia. Japan is keen on investing in the Far East and it should be welcome news for Russia. The Japanese investment coupled with the Indian investment of $1 billion in the region means the end of the dominance of Chinese investment and saves Moscow from being overly dependent on Beijing.

Yoshihide Suga is using the same idea he used with South Korea, that is, to leave the differences for some other time and look for ways to find common ground against the common enemy, China. Suga wants the same thing with Putin. He would be looking forward to putting the issue of Southern Kuril Island in the back burner so that both the countries can come together in a way to strengthen each other and contain the belligerent Beijing.

As we reported earlier, India has been trying to bring Russia and Japan on the same table and is considering forming a Trilateral Track-2 with the two countries. Shinzo Abe could never accept a peace treaty without solving the island issue with Russia due to political compulsions, but the case is different with Yoshihide Suga. He has not shied away from furthering Abe’s proactive foreign policies and has even signed agreements with Southeast Asian countries for selling them weapons which is an obvious departure from the past.

We all know that Japanese foreign policy regarding Russia has an American angle to it. Which is why during the deliberations on the island issue, Russia always maintained that Japan has to make sure the islands will not be used by the USA to place its military.

Now, as the power politics between China and the USA has taken the form of an undeclared second Cold War, Washington would be open to any idea which helps weaken the Chinese hand. In this regard, the White House may very well ease its stand on Japanese ties with Russia, just like it did for India regarding the Chabahar port.

Yoshihide Suga is going to take this new approach towards Moscow, much to Beijing’s displeasure. Suga has been quietly working on weakening China’s position in the East and Far East Asian region. China was able to act its way out because of the differences among the countries in the region, be it, Russia-Japan, Japan-South Korea among others.

Tokyo is addressing these contentions one at a time to present a united front against the Chinese bully. Japan is willing to shed its differences for some other time and join hands with Russia against the common enemy China. With all these countries coming together against China, Beijing will soon be cornered and taught a much-needed lesson. The silent actions of Yoshihide Suga are the calm before the storm.