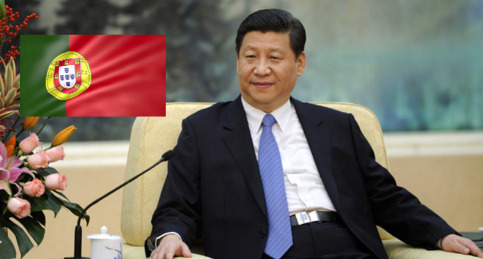 The COVID-19 pandemic took the whole world by surprise, but the intensified cold war-like situation between the USA and China was a long time coming. It was not a long time ago when Xi Jinping famously had said that the Pacific Ocean is large enough for China and USA to coexist without any problems, we all know how it went. Now, Beijing seems to be testing Washington’s nerves with the latest attempts at garnering influence in the northern Atlantic Ocean a.k.a the United States’ backyard.

Recently, the news of Portugal’s increasing interest in China’s investment promises has brought the US ire to the shores of Lisbon. The USA has been irked ever since the Portuguese Prime Minister António Costa back in 2016 said there was interest from Beijing to convert the US Lajes military base into a Chinese-run scientific research institute.

The USA had been ignoring the base ever since 2012 when Pentagon decided to scale down the Lajes military base on the Azores Islands since most of the world has been focusing on the Asia Pacific and now Indo-Pacific. However, since then, the Chinese have been increasing their investment in Portugal with the latest example being Portuguese companies like builder Mota-Engil agreeing to sell a 30 per cent stake to China Communications Construction Company.

The port of Sines in the south of Portugal will start taking bids for a new container terminal worth €642 million in April 2021. As per reports, the Chinese shipping groups are expected to be front runners.

In view of all this, US ambassador to Portugal George Glass told a local newspaper Expresso that it was time for Lisbon to choose between its allies and China. The Chinese interest in Atlantic has been consistent since the beginning of the 2010s but, it has increased its efforts to bring Portugal into its fold and gain control of Military bases geographically nearer to the USA. It can be Beijing’s retaliation to the USA dismembering every Chinese design in the Indo-Pacific very diligently.

For the large part of the 21st century, China has covertly tried to compromise the USA’s hub and spoke model of alliances in Asia-Pacific while the USA was involved in the Middle East and Eastern Europe and had ignored these developments. However, since the second administration of President Obama and even more so in the Trump administration, the USA has reasserted its position as the dominant power in the region. The USA, with Australia, India and Japan has created such a strong grouping that China may very well forget its ambitions for good.

Now the Chinese attempt to take on the USA in the Atlantic is counterintuitive and foolish. Chinese Foreign Minister Wang Yi has seen the mood in Europe, and it seems that the majority of European nations are increasingly against China. At a time like this, the Chinese attempt will not only bring the ire of the United States but also most of the European Union members.

With the whole world seems to be angry at China, Beijing’s attempts will only work as a tool for uniting all these North Atlantic countries. The European Union may very well force Portugal to act in consonance with the larger interests of the European Union and NATO.