Latino voters would have made Biden win, but Black Lives Matter happened, and everything changed 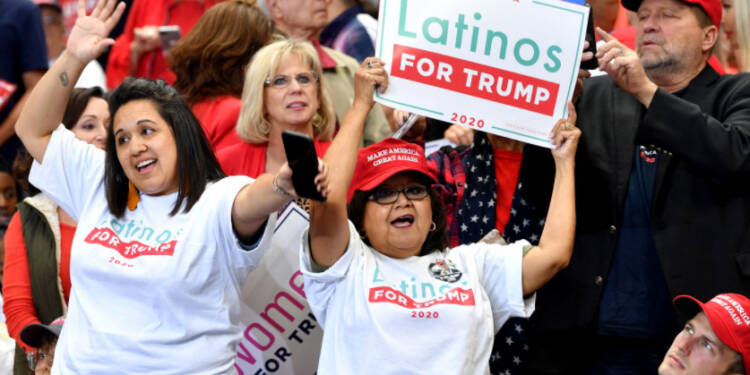 Donald Trump, the incumbent, has voted out the challenger, Joe Biden, in Florida. Latinos have risen for their president en masse and Florida was Red, Republican Red. So what went wrong for Biden? Marc Caputo, a famous political journalist has quoted a top democrat that it was their endorsement for the ‘Black Lives Matter’ protests that unravelled their campaign in Florida.

Trump has won Florida and it couldn’t have happened without the Latino-American demography. They constitute almost 27% of the voting population. Thus, despite the Democrat’s attack on Trump’s wall politics, they lost it in the end. Massive communist propaganda, posters of authoritarian butchers such as Fidel Castro and Che Guevara, unchecked radicalism, the defund the police movement which was anti-establishment and was bent on decreasing the state’s power, worked for the democrats in all the wrong ways.

“We must have gotten obliterated by Hispanics…. defund the police killed us,” says top Miami Dem, citing a BLM backlash

Waving Che Guevara flags, even though it was by just a few, gets lots of attention in a community that sees him as a symbol of totalitarian butchery pic.twitter.com/Wq6V5ht0DP

Marc Caputo summed up the situation in his tweet; ‘Waving Che Guevara flags, even though it was by just a few, gets lots of attention in a community that sees him as a symbol of totalitarian butchery’.

Florida historically has been a swing state, therefore, when Trump won in Florida, it was a statement of intent. Florida also has a massive Latino voter base and therefore Trump’s victory by a margin of 3.4% is a huge victory. Trump won big despite the usual rhetoric of the wall politics and racism, white supremacist, and anti-immigration used against him.

Latinos in Florida have voted overwhelmingly for Trump. Trump has won more votes this time than he did during the last elections. The idea that Trump is against the other races and a leader of White Supremacist has been beaten.

The disapproval of Democrat’s activities was felt by Biden’s campaign in the elections. Most Latinos trace their origins to Cuba or the other Central American States which have suffered through one of the worst communist authoritarian regimes in world history. Therefore, the communist propaganda stuffed down minority throats in open view with flags with faces of ‘butchers’ incidentally did not sit well with people who’ve suffered in these regimes. Who would’ve thought?

Moreover, being a mistreated minority for the expanse of their lives in America, Latinos felt disservice for the extra attention that was being given to the Blacks. It made them wary of the democrat’s agendas and their appeal to the communists and thus made them decide to vote for Donald Trump.

But Trump’s political master class should not be overlooked in face of the crumbling Democrat campaign. For the entirety of the election campaign, Trump overlooked the wall politics and the anti-immigrant rhetoric, kept it to the minimum in contrast to his first election campaign. This appealed to the Latino voters.

You can’t blame this on racism. Trump’s vote share has dropped slightly among white voters, or held at best. He has made gains among non-white voters.

The Democrats lost the way and in that, Florida. They pushed their agenda of communism and advocated a weakened state with the defund the police rhetoric. This was everything that the Latinos have feared and run away from all their history. The BLM protests scared them and they voted for Trump, they voted for capitalism, they voted for a strong state and they voted to put an end, the suffering they have undergone.

Read More: Trump is going to win 2020 US Presidential Elections with a handsome lead