Biggest Electoral Fraud in the history? 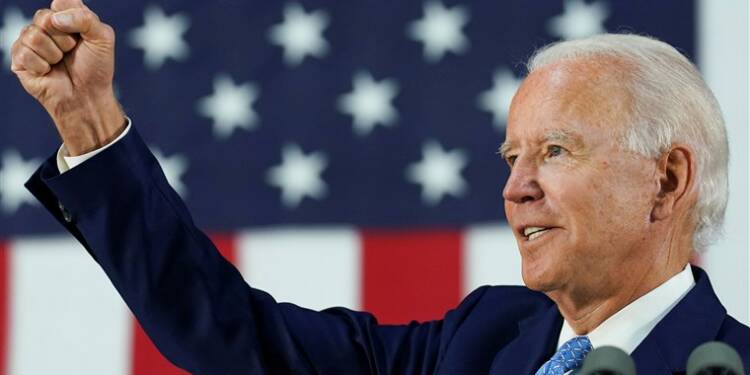 The US Presidential election results are throwing up some unfathomable surprises. On the election night, US President Donald Trump was sitting in a comfortable position with healthy leads in states like Wisconsin, Pennsylvania and Michigan. But the electoral results are suddenly going Biden’s way in these states. Wisconsin and Michigan have flipped towards Biden, and Trump’s lead in Pennsylvania is getting shorter.

The sudden shift in electoral dynamics seems rather unfathomable and is now pushing the United States of America towards legal battles. The Republicans are alleging voter fraud with respect to late-arriving mail-in ballots which can possibly explain the sudden surge in Joe Biden’s tally of electors, while the Democrats continue to insist that every single vote will be counted.

Trump campaign actually wants only valid votes to be counted. Trump’s deputy campaign manager, Justin Clark said, “The United States Constitution is clear on this issue: the legislature sets the time, place, and manner of elections in America, not state courts or executive officials.”

Trump campaign’s contention is simple- there has to be some time limit till which mail-in ballots can be counted. And while all votes should be counted, it is the valid ones that should be counted and not those that arrive beyond the election time itself.

In fact, Trump campaign has filed a series of lawsuits in three crucial states- Michigan, Pennsylvania and Georgia. The Trump campaign wants to halt the counting of late-arriving mail-in ballots. In Pennsylvania, another lawsuit has been filed over allegations of Republican poll observers getting int thwarted on the Election Day.

Meanwhile, Trump campaign also wants a recount in Wisconsin which went Biden’s way right towards the final stages of counting showing that the mail-in ballots counted towards the fag end of the entire process went heavily in favour of Joe Biden.

The same thing also happened in Michigan and seems to be happening currently in Pennsylvania as the mail-in votes being counted after in-person votes are going heavily in Biden’s favour. On Wednesday, Trump tweeted, “They are finding Biden votes all over the place — in Pennsylvania, Wisconsin, and Michigan.”

Now, it is difficult to accept that Biden making dramatic comebacks after counting of mail-in ballots in several crucial states can be a mere coincidence. This forms a peculiar situation where mail-in ballots arriving after the elections themselves are literally changing the fate of the Presidential polls.

Tucker Carlson at Fox News said that “many Americans will never again accept the results of a presidential election” given the voter fraud allegations. He also said, “The outcome of our presidential election was seized from the hands of voters where, of course, it rightly belongs and now resides in the control of lawyers and courts and highly partisan clearly corrupt big-city bureaucrats.”

Democrats seem to understand that the absentee votes or the delayed mail-in ballots are helping them win the elections. Josh Shapiro, Attorney General of Pennsylvania, a Democrat tweeted, “If all the votes are added up in PA, Trump is going to lose. That’s why he’s working overtime to subtract as many votes as possible from this process.”

If all the votes are added up in PA, Trump is going to lose. That’s why he’s working overtime to subtract as many votes as possible from this process.

For the record, he’s 0-6 against us in court. We’ve protected voting rights. Now, ignore the noise—vote!https://t.co/mN8t6TDud7

Trump is still leading in Pennsylvania, but what the Attorney General has to say seems to suggest that Democrats already know that mail-in ballots will go in Biden’s favour. How can he call the election without the rest of the votes even getting counted? Such statements are only further fuelling suspicion against late-arriving mail-in ballots.

The US Presidential polls are throwing up a few surprises, but the controversy surrounding mail-in ballots seems to suggest every possibility of the elections getting hit by massive voter fraud. The poll results therefore might not be as straight-forward as they seem.