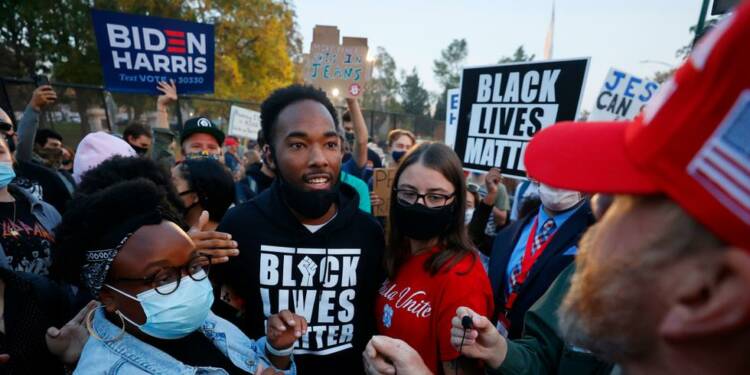 Most of the nations around the world pass through what is called a ‘cyclical’ type of growth. This means that these nations pass through a cycle of expansion and decline, and their growth is not incremental. In more than thousands of years of human history, nations and cultures like Chinese, Persian, Roman, Ottoman- all witnessed rise and decline.

However, there is one country that is an exception to this rule, and that is the most powerful nation currently- the United States of America. Since its independence in the 1770s, the United States of America has only expanded. Isolated from the chaos on the Eurasian continent, the 13 British colonies expanded from the Atlantic to Pacific to become the third-largest country in the world.

In almost two and half centuries of its history, it expanded from a population of 4 million to 321 million in 2015, driven by migration and the baby boom. Its economy became the largest in the world in the early 20th century (1920 to be specific) and emerged as the dominant power after world war II. After the end of the cold war, it emerged as the sole superpower and ruled the world in the last 3 decades till Xi Jinping’s China started asserting itself.

Now compare that linear or incremental path of development of America with any other prominent country of the world like India, China, the United Kingdom, Spain or France. Most of these countries witnessed the rise to the top, remained there for a few years or decades, and then declined. Countries like India and China witnessed a cycle of growth and decline so many times that one can draw a page long sine graph.

India has started to bounce back after learning most of the lessons in a ‘hard way’. Due to its internal weaknesses, the nation fell to Islamic invaders. Millions of Hindus lost their lives in order to save the religion and national identity of the sacred geography (the land between Indus and Himalayas). The Islamic invaders were constantly in fight with Hindu kings and just at the time the victory of Hindus was certain during the Maratha Empire, the British started gaining strength in the country.

After that, for almost 200 years, the country was under the British who looted the country and further weakened the Hindus which led to the division of the country into two. After hundreds of years of Islamic and British domination, when the country was finally liberated in 1947, only half of it could be retained.

India got an administration which pursued socialist economic policies that kept the country poor for another four and a half decades till 1991. During these socialist years, India’s population was growing at a rate faster than the income, so per capita income was actually declining in the years when the country pursued socialist economic policies. Moreover, India faced the problems of Naxalism, Maoism, separatism, affirmative action, two hostile neighbours- China and Pakistan- and many other issues.

India got true independence in 1991, after almost 600-700 years of subjugation by Islamic, British, and socialist forces. Indian nationalists learnt the importance of national sovereignty, integrity, and capitalism in a very ‘hard way’. Therefore, India wants to protect and increase its ‘national strength’ because it knows what it means to not have these for thousands of years.

The Modi government has learnt from the mistakes of its predecessor and is now solving one issue after another. India is being transformed from a crony-capitalist nation which never asserted itself to a ruled based capitalist system which is not shy of projecting its national power.

On the contrary, the United States of America had a Capitalist economy since the beginning and when it gained independence from the British, its leaders did not change the course of political economy- which would have destroyed its strength and it would not have been the largest economy of the world today. Moreover, in terms of religious identity, it remained a dominantly Christian country from the beginning. And, as far as internal security is concerned, it never faced hard challenges like except two instances- the civil war and 9/11.

Unlike India, the criminals and mafias of America do not collude with foreign countries but contribute to the national strength in their ‘unique’ ways.

So, in short, the United States of America had not struggled much to become what it is today- the most powerful country in the world. On the other hand, countries like India, China, or the United Kingdom faced a plethora of issues- internal as well as external. Many internal forces tried to weaken the country and foreign countries went into war with them to weaken their national power. The reason behind the decline of European power is the two World Wars.

America, being on an isolated continent where it was a powerful force since the beginning, has only expanded its economy and national strength since the day it got independence. Now, a large section of the American population does not realize the importance and calls Trump’s nationalism empty rhetoric. Also, they do not realize the threat from China. Trump came as saviour of American strength but now Biden is ready to risk all that through his eco-fascist and socialist policies if he comes to power.