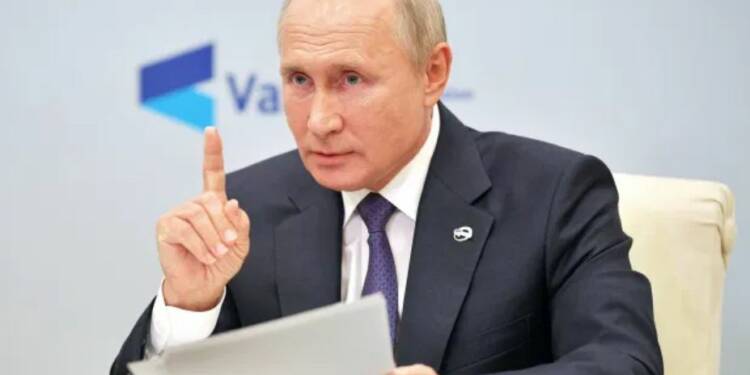 Is Putin going to step down? As per a latest report by The Sun, sources have claimed that Putin is planning to call it quits next year amid growing health fears. Moscow political scientist Professor Valery Solovei has sparked speculation by suggesting Putin may have symptoms of Parkinson’s disease. Solovei also claimed that Russian President’s 37-year-old girlfriend, Alina Kabaeva and his daughters are also pushing him to quit.

The academic said, “There is a family, it has a great influence on him. He intends to make public his handover plans in January.”

But is Putin really going to resign? It seems rather unlikely because one, such rumours about Putin’s health have been doing the rounds for quite some time but without much substance and two, Russia and the entire world are going through a transitional phase and Putin is unlikely to step down at this juncture.

The latest speculations about Russian President’s health have led to media outlets across the world predicting Putin’s resignation. It is also being reported that the Russian lawmakers are also considering legislation proposed by the Russian President that would grant lifetime immunity to former Presidents from criminal prosecution.

The Sun has also reported that observers studied recent footage of Putin and noted his legs in constant motion even as Putin looked in pain, clutching the armrest of a chair. Observers also claim that Putin’s fingers were seen to be twitching as he held a pen and gripped a cup supposed to be containing painkillers.

Such reports can make one believe that Putin could be about to step down. But the fact remains that such wild rumours about the Russian President’s health are not new. Even in 2015, USA TODAY had reported that a study by a Pentagon think tank theorised that Vladimir Putin had Asperger’s syndrome. The report had also claimed that the health condition- an autistic disorder affected all of his decisions.

More than five years down the line, such so-called health conditions do not really seem to be making a difference even as Putin discharges his functions as the President of the Russian Federation. It is not completely improbable to believe that the latest rumours about Putin’s health also either do no carry any truth or are certainly not accurate to the extent of predicting Putin’s resignation next year.

And even more importantly, Putin is certainly not going to resign at this juncture, when the world is passing through a transitional phase. The world is shifting from the US-Russia Cold War era to the US-China Cold War era. And Putin needs to stay in power in order to ensure that this transition doesn’t end up affecting Moscow in an adverse manner.

In fact, the Russian President does realise that Xi Jinping is in for the long haul in Beijing, even as the paper Dragon looks to eat up into Russian space in Central Asia and Eastern Europe. At this time, Putin cannot leave his country in weak hands as Jinping  could emerge as a real strongman trying to wear down Russia.

To be precise, it was only after Xi Jinping’s bid to become the leader of China for his entire life with an amendment in the Constitution in 2018 that Putin pushed Constitutional reforms that allow him to stay in power till 2036. Putin is therefore here to stay in a bid to take on China’s strongman- Xi Jinping.

The changing geopolitical climate is actually an opportunity for Russian President Vladimir Putin to negotiate a better place for Russia is in the existing world order. But for that Putin has to stay in power. Any weak Russian leadership would be nothing less than a death knell for Russia, as it wouldn’t be able to take on the Xi Jinping regime in Beijing. Russia needs Putin to stay, if it wants to take on the Chinese threat and this is why we can expect the Russian President to stay regardless of the rumours around his health and retirement plans.