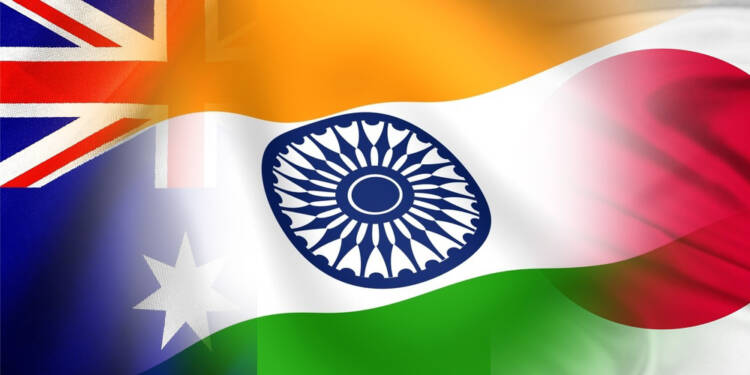 China under Xi Jinping has been the custodian of hypocrisy. They say one thing and do something else. This has been the norm since the day they joined the World Trade Organisation (WTO). Keeping true to the above explanation, Beijing has started sweeping unilateral restrictions and bans on imports from Australia, at a time when the USA is in the election season.

As per news reports, China has ordered to stop purchasing from Australia under seven categories, coal, barley, copper ore and concentrate, sugar, timber, wine and lobster starting from the 6th November. Furthermore, the SCMP report mentions a possible ban on imports of wheat from Australia which will add to the sweeping trade restrictions. Given the trade between China & Australia has been in Canberra’s favour, these bans are explicitly intended to hurt its economy.

These actions come at a time, when Australia, like many other economies, is reeling with slowdown and is trying to recover. The high handed nature of these restrictions goes against everything that WTO represents. These coercive measures are meant to deter Australia from joining the USA in its effort to counter China’s attempts to make Indo-Pacific part of its backwaters.

As per the Chinese Communist Party mouthpiece, Global Times, “Canberra should realise it will get nothing from Washington in return for its collusion in its schemes, while Australia will pay tremendously for its misjudgement.”

However, Beijing got one thing wrong in its analysis. It thought that Australia would carve under coercion and would go back to being the good old cash cow. However, the response to these actions by Japan and India make it loud and clear that even if the USA finds itself in a fix, India, Japan and Australia will always come to each other’s rescue.

The actions against Australia have been covert till now. However, these actions come just in time when Trump is about to tap out, and as per Beijing, the new Biden presidency will be more conducive and less aggressive with China. Thus, in the meantime, China wants to teach Australia a lesson. Beijing will also use this as an opportunity to set an example for other countries too, so that, they have to think twice before acting against Beijing.

The Indian, Australian and Japanese governments saw this coming, the doubt was, when will China take direct coercive actions. The India-Japan-Australia trilateral has been working to reduce the effects of such Chinese actions which will only increase going ahead. Australia has now understood the dangers of putting too many eggs in a single basket. Thus, the three countries have earlier launched a supply chain resilience initiative for Indo-Pacific.

Other than this, Japan is providing funds to the companies shifting manufacturing from China to India and the process has been fast-tracked recently. Japan is going to offer financial assistance to Toyota Tsusho and Sumida for diversifying their manufacturing base to India. It comes just after the PM Modi’s meeting with global investors and in the backdrop of Chinese coercive actions against Australia.

The three countries know, with the USA out of the game for a while, New Delhi, Tokyo and Canberra have to work together to create a sustainable structure to counter Chinese economic and supply chain dominance. And the best option is to create a scenario where India becomes a manufacturing hub which can consume most of Australia’s exports and remove Japan’s dependence on China as a manufacturing hub for its companies.

There are about 30,000 Japanese companies that have manufacturing hubs in China, compared to 5,100 in India. The successful transfer of these manufacturing hubs to India will make sure that Australian exports have a secure market which will never take arbitrary actions and will comply by WTO norms. It will also make Japan feel secure, given China will no longer be able to indulge in technology theft. This combination will be a death knell for the paper dragon. It will also make sure that the supply chains become diversified and Beijing is no longer able to bully any of the countries in the Indo-Pacific.

China has taken the Idea of Quad being an Indo-Pacific NATO quite seriously, which is why it thought that, with the USA not in a position to help and counteract, it could harass Australia as much as it wanted. However, Quad is an idea which took birth in the Indo-Pacific and it is a partnership among four equal, like-minded, democracy practising, free & open sea-routes of trade loving countries. Even if one wheel is missing, the Quad members can pack heavy punches while collaborating in trilateral.

The Big PLA Skincare Rush: China is all set to fight India with lots of sunscreen and lip balm