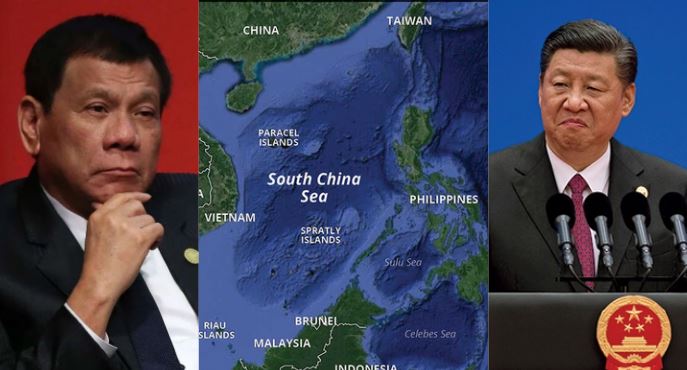 China has played the South East Asian countries for long, and now they have had it enough. The Philippines is going ahead with the oil exploration in the disputed South China Sea without China. This comes after the Quad countries have increased their engagement on ASEAN and just a month after Duterte lifted a six-year-old moratorium on South China Sea oil exploration.

Philippine Energy Secretary Alfonso Cusi said PXP Energy Corp. need not partner with China National Offshore Oil Corp., in order to survey Reed Bank in the contested sea. This further solidifies the increasing wariness among the Philipinos with the Chinese. This unilateral move is sure to have a larger impact on ASEAN-China relations.

The unilateral exploration in the South China Sea by a Philipino company is the next big step signalling Philippines’ move away from China and back towards the USA and its allies. The Philippines Energy Secretary Alfonso Cusi said, “If they can do it by themselves, go ahead.” The surveying and drilling of the possibly oil & gas rich Reed Bank is a major development in Manila asserting its sovereignty over its Exclusive Economic Zones (EEZs).

The Permanent Court of Arbitration based out of Hauge ruled largely in favour of Manila and called Beijing’s historical claims to the entirety of the South China Sea as invalid in 2016. It was followed by the classic Chinese bullying tactics and it de-recognising the Arbitration ruling. This created a situation where the Philippines had only two options to either let things happen or oppose China’s response vociferously.

The newly-elected Duterte administration took a middle path, it started pivoting towards Beijing and went partially under the Chinese sphere of influence while getting farther away from the USA. It was a risky manoeuvre and after four years of trying to squeeze some benefits out of Beijing and failing miserably in it, Manila has understood that China is not to be trusted. The government in Manila is now witnessing a new alignment in the Indo-Pacific, with the Quad coming together and the ASEAN countries gaining centrality in the larger geopolitics.

Since then, we can see a changed approach from the Philippines regarding its China policy. Duterte’s government officials are throwing punches at the Chinese government right, left and centre. Be it the Navy Chief’s statements about the apparent Chinese bullying and possible counteractions if the need arises, or recently the Energy Secretary saying that China was not informed about Manila’s decision to resume oil explorations in the South China Sea, he added, “They will not just take it without raising a word. I’m sure they’re going to write to us.”

Read more: “We have to stand up for our rights,” Philippines starts oil and gas exploration in South China Sea again in open defiance to China

As per the SCMP report, China will most likely block new explorations in contested waters, as it did in the recent disputes with Vietnam and Malaysia. However, these unilateral moves one after the other have taken the Chinese by surprise and are proof that their diplomacy has failed miserably.

China is now facing the music of its own bullying and belligerence with the whole world uniting against it. Countries like the Philippines understand that they need not kowtow to Beijing anymore, and it can ride this wave of anti-China sentiments while packing a few punches on the Chinese which as per Manila, they really deserve.