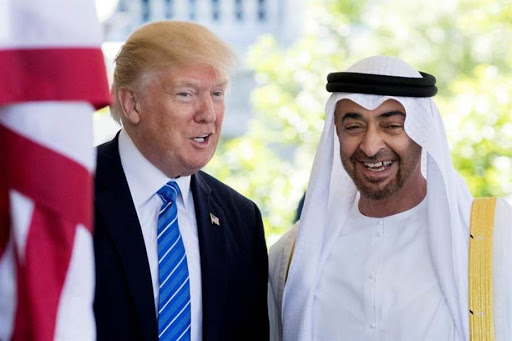 The Middle East has for long been a region where superpowers tried their hardest to streamline things, yet failed miserably. However, Trump administration is achieving milestones which were not even imaginable. And in the pursuit of stability in the Middle East to establish supremacy, the USA has found a trustworthy friend in UAE.

The Trump administration notified Congress on Tuesday (as per Eastern Standard Time) that it is planning to sell 50 fighter F-35 jets as part of a broader $23 billion deal with United Arab Emirates (UAE). It comes just after the Abraham Accord among Bahrain-UAE-Israel and makes UAE the second country in the Middle East with military superiority.

The Trump administration is making UAE militarily dominant and creating a UAE, Israel and USA trilateral to contain and counter the common threat, Iran. The decision comes at a time that makes it all the more interesting to observe, as Trump is looking at a really tough election and who will win is not clear yet, the military sale will bound whoever comes next in the office to continue with the Trumpian foreign policy.

As per Pompeo, “This is in recognition of our deepening relationship and the UAE’s need for advanced defence capabilities to deter and defend itself against heightened threats from Iran.” While it will make Iranian misadventures more and more costly, it will also tighten the hand of Joe Biden (if he comes to the office) from cuddling up with the Iranian authoritarian regime as he did as part of Obama administration.

Another reason why it has a high significance is that the UAE is not a treaty ally of the USA, but it is getting a better treatment compared to some other treaty allies, for example, Turkey. While UAE is getting the F-35s, Ankara is not and the reason is simple, UAE has, through its actions, earned the trust of the USA and even Europe while Ankara has lost it exponentially. UAE is shouldering a lot of responsibility in the stead of European countries and the USA.

UAE is standing up to the threat posed by Iranian proxies in Yemen, taking on the Turkish lackeys like the Muslim Brotherhood and Qatar as well as taking up the issues of European countries and the USA in Algeria, Lybia and the Middle East. Basically, UAE is taking up the responsibility which the European countries have outsourced to it. It has also allied with France, Egypt and Greece to criticise Turkish belligerence in the Eastern Mediterranean Sea.

Read more: Turkey is the biggest loser in the UAE-Israel peace deal and it just can’t stop whining about it

It has gained the support of the USA and Israel too. Earlier, Israel was not agreeing for the US to sell the futuristic military technology and equipment to UAE. However, since the signing of the Abraham Accord, Israeli Prime Minister Benjamin Netanyahu has agreed to the deal, as UAE is now an ally and their interests converge. Thus, the USA need not worry about the military power differential between the UAE and Israel.

The deal will also make it difficult for Joe Biden or any future US President from softening their stance towards the Iranian regime. This is because, with a powerful and highly capable UAE-Israel combine, as the guarantors of US supremacy in the region, any effort to normalise relations with Iran may create a situation where the whole Middle East will have highly capable military camps, and it will be catastrophic to take any chance.

By this one action, Trump has ensured that Trumpism as the US foreign policy idea will stay even if Donald Trump has to leave the office. Any US President will have to keep in mind the interests of its allies in the region much more going ahead than earlier. And the US empowerment of UAE is the step in the same direction to embolden US interests in the region for a long time and strengthen the case for progressive countries in the region.