Trump is can still be President 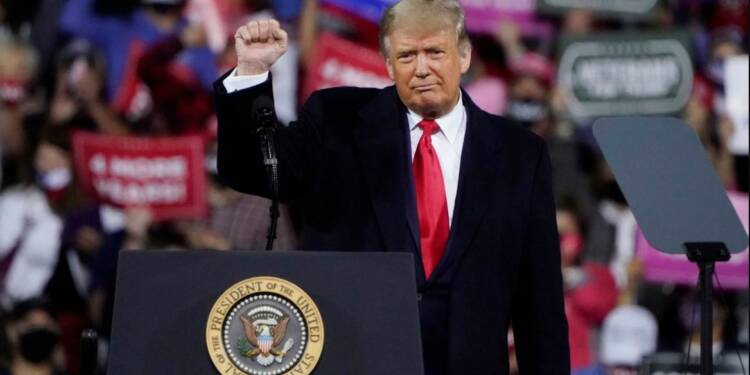 Donald Trump can still remain the President of the US, even though the left-liberal media claims that Biden has won the US Presidential polls. Surprised? From the latest developments in the US, it seems that neither Trump nor Biden might reach the majority-mark paving way for a “contingent election”, in the House of Representatives that is likely to benefit Trump.

The US electoral system is such that each state can send conflicting lists of electors to the Congress- one prepared by the Governor and the other by the State Legislature. Presently, Pennsylvania and Michigan are two such states that might send conflicting lists to the Congress since both of them have Democratic Governors, but Republican-controlled legislatures. Both these states are facing disputes over the mail-in ballots controversy.

What happens when conflicting lists are sent? Each chamber of Congress gets to decide which list is to be selected. Presently, the Republicans control the Senate and the Democrats control the House of Representatives. It is entirely possible that both the chambers will end up in disagreement over which of the conflicting lists are to be selected. And then neither Trump nor Biden would be able to hit the 270-mark.

It’s not clear what happens when the two chambers of the Congress disagree on the conflicting list. Perhaps, the US Supreme Court would be asked to decide the matter. Some scholars also say that Vice President Mike Pence, who is also the Senate President, could be asked to take a call. If Mike Pence gets to decide, then expect the list sent by Republican-controlled legislatures to be accepted and Trump to remain the US President. The most likely scenario, however, is that votes from disputed states are simply not counted.

The US Presidential polls cannot be decided without 36 electors from Pennsylvania and Michigan. And therefore, things will ultimately move towards a “contingent election” in the House of Representatives.

Democrats have a majority in the House of Representatives. But it doesn’t matter. Each state delegation will get a single vote only. And this is where the Republicans can win. Currently, Republicans control 26 of the 50 state delegations, and this is all that Trump needs in order to win the race to the White House. Democrats, on the other hand, control 22 delegations.

If the present numbers hold, Trump can easily defeat Joe Biden. The US President won’t even be going out of his way and will remain the President of the United States through purely constitutional means.